Sixteen-time Grammy Award Winner David Foster is one of the most gifted musical artists of our time, and is considered by many to be the most influential man in popular music. A prolific songwriter, arranger, producer and virtuoso pianist, Foster is the Billboard hit-making force behind the music of Ariana Grande, Andrea Bocelli, Celine Dion, Seal, Michael Buble, Josh Groban, Barbra Streisand, Madonna, Chicago, Earth, Wind and Fire, Whitney Houston…and the list goes on.

You could say that David Foster and EVI are a perfect fit. In fact, it’s been that way since they first connected over twenty-five years ago. From the company’s beginnings as a producer of corporate events in 1986, EVI was enthusiastic about branded entertainment and music, but the traditional route of booking artists for corporate shows felt limiting. Why deliver a concert that was simply a replica…another tour stop performance that anyone could buy a ticket to. The team had a different vision, a desire to deliver more for its clients…something original, audience engaging and brand connected. 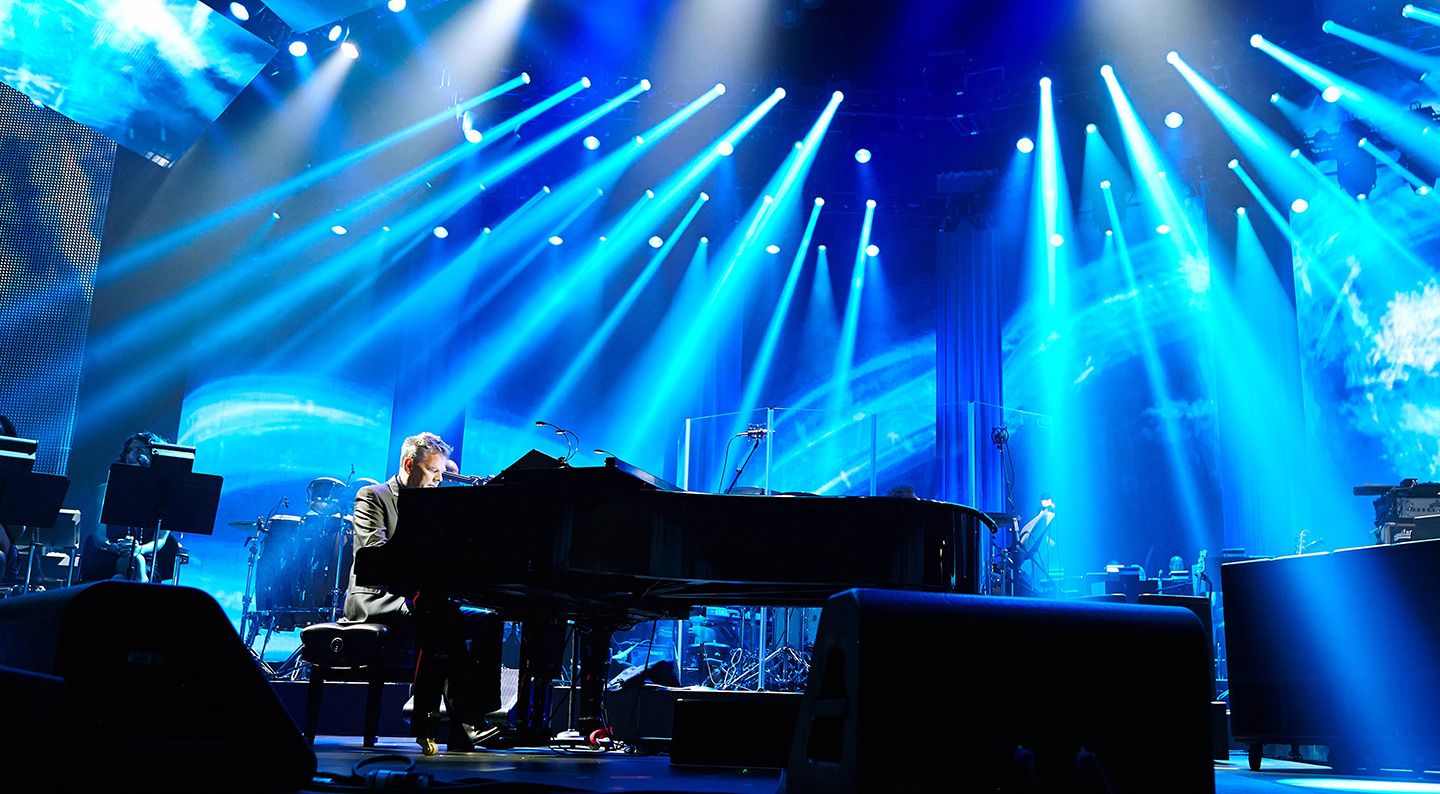 The Man Behind the Music

Soon after, EVI co-founder Michael Marto was on a plane to Los Angeles for a meeting with “the man behind the music.” As it turned out, Foster and Marto had similar ideas. Foster loved to perform live and was interested in exploring ways to get before audiences. The two became fast friends and began developing a new concert format that would take corporate entertainment to the next level. Looking for more than “off the shelf” performances, they envisioned a completely custom show, built around specific brand objectives and featuring unique mixes of talent that couldn’t be seen on the concert circuit.

Being the world’s top record producer, Foster had direct access to the major stars. When David Foster calls, the music business listens. So, the wheels began turning on the possibilities. Rather than a one act show, why not create one-off, multi-artist concerts, bringing two, three or even ten of the greatest superstars together to perform all custom arrangements. And, that was only the baseline. In addition to his A-list connections, Foster was becoming passionate about discovering and producing new talent. The idea expanded to the coupling of chart topping artists with breaking new talent, giving audiences a first look at soon-to-be megastars. In fact, the EVI-produced David Foster & Friends concerts have been a launching pad for some now-iconic artists. Celine Dion, Michael Buble and Josh Groban were all featured on the EVI stage as “unknowns” just before blowing the lid off of the charts. 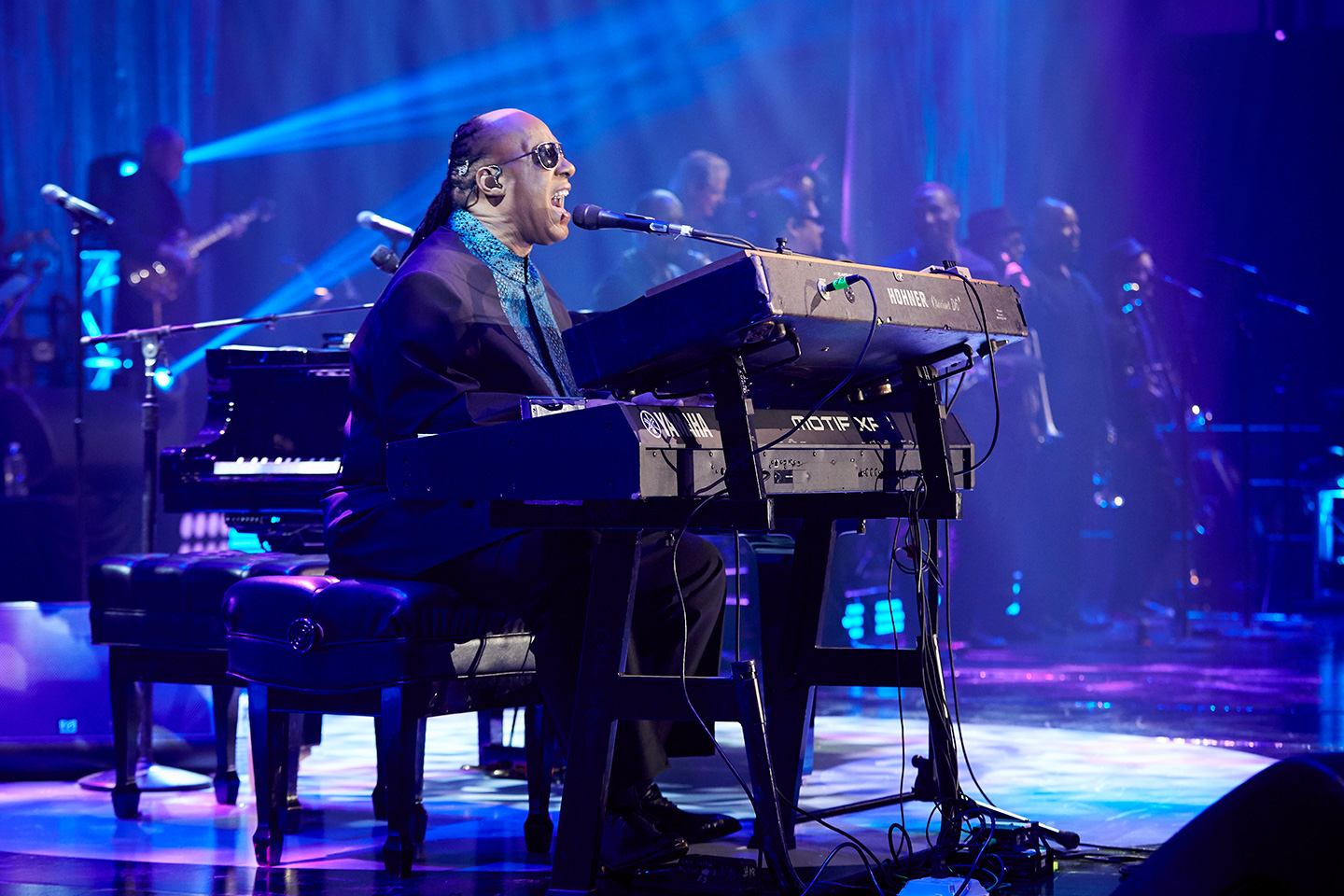 Good is the Enemy of Great

Supporting the superstar vocalists…every part of the concept was centered on high-level artistry and musicianship, driven by the Foster mantra “good is the enemy of great” and a refusal to settle for mediocrity. That is a key part the formula that has garnered him legendary status in the recording studio, and he and Marto were insistent on carrying that over to the live shows. The performances would feature Foster directing from his Yamaha Grand piano, surrounded by LA’s top session players, collectively know as “The Cats”. Dig deeper into the liner notes of hit records and there they are…Bassist Nathan East, drummer John “J.R.” Robinson, guitarists Dean Parks and Michael Thompson, keyboardist Greg Phillinganes. These are the guys who have played with everyone from Michael Jackson and Eric Clapton, to Barbra Streisand and Steely Dan…and David won’t hit the stage without them.

On a David Foster-produced record, the musical arrangements themselves are rich and complex. Many of his pop masterpieces are underpinned with lush orchestral scores, an expression of his natural gift and classical training. To ensure an authentic live performance of his music, every Foster & Friends show is backed with a symphony orchestra. Players from the world’s top ensembles fall under the baton of longtime Foster collaborator William Ross, one of the most sough-after arrangers, composers and conductors in the music business.

All combined, the deck is literally stacked with the top performers and musicians on the planet, creating a powerful and sophisticated tapestry of sound that is rarely experienced in a live pop concert.

The technical set-up is equally advanced. Sound and lighting designs feature industry leading engineers and equipment. Performance venues are tweaked to the nth degree. The stage sets showcase beautifully crafted LED walls, which provide a canvas for an explosion of dynamic media. The EVI visual creative team supports each song with original lighting concepts and motion graphics. This supporting package is the finishing touch on the creation of an enriching audience experience.

One of the challenges facing producers of corporate concerts is the audience itself. How do you satisfy a group of attendees who represent multiple countries and have diverse musical tastes. On top of that, a company’s brand values and event goals are crucially important. EVI and Foster make it a top priority to be closely tuned-in to every brand they work with, collaborating with the executive and marketing teams from the outset to craft the perfect mix. The team draws from talent across every musical genre, from pop and rock, to country and R&B. The shows are designed to have something for everyone, and in the end, each audience member walks away with the feeling that “this was created just for me.” 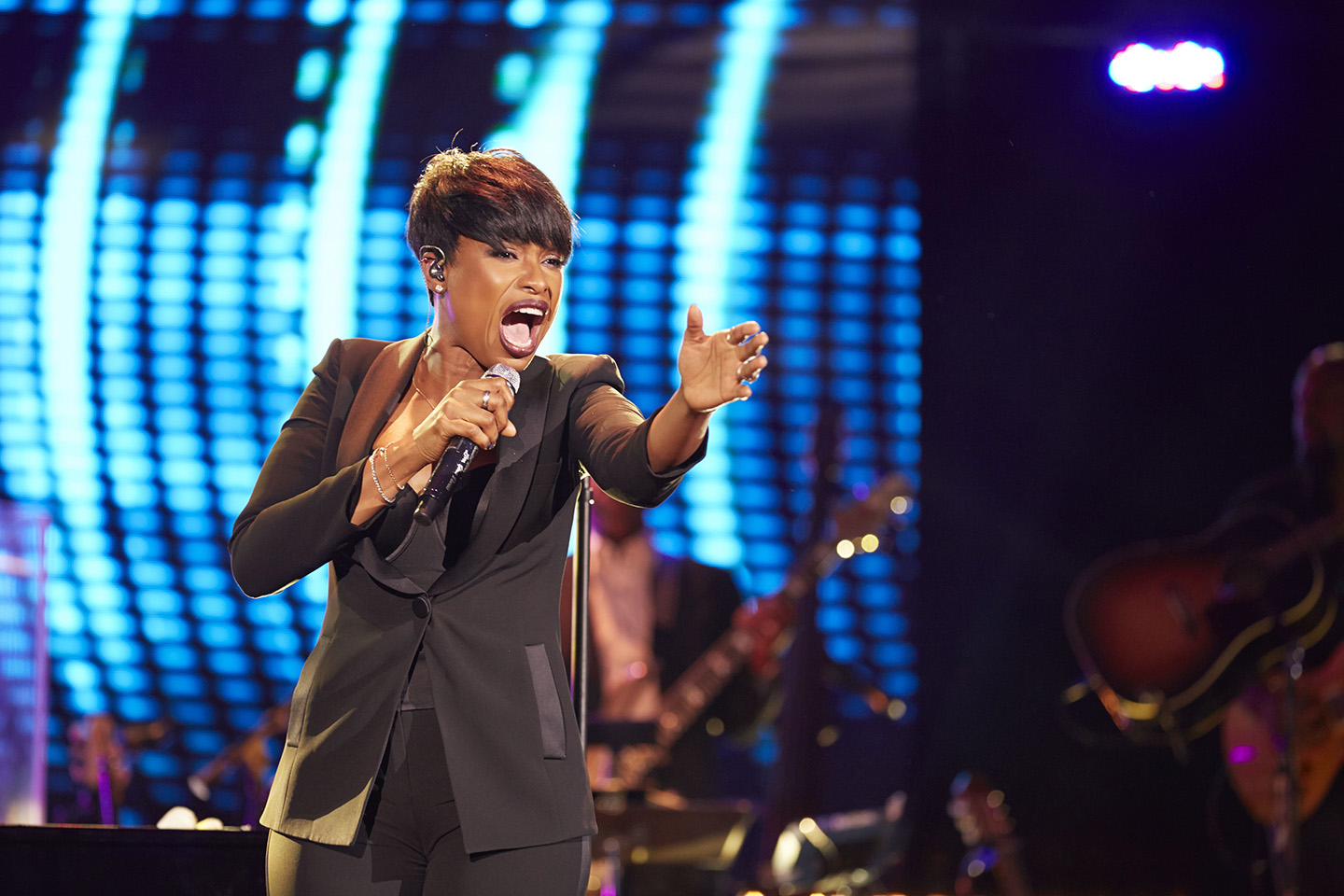 Today, after a 25-year history of partnership and collaboration, the EVI and Foster resume is packed with the creation and production of original and high-profile corporate entertainment events…both live and broadcast.

The first taste of success came with EVI’s 1992 production of a brand launch for Holiday Inn Worldwide in partnership with Delta Airlines. One of the combinations for that show featured Kenny Rogers, along with a young unknown who would prove to be one of the greatest voices in the history of pop music…Celine Dion.

Soon after, in 1995, McDonald’s Corporation took notice and sought out EVI and Foster to produce a string of annual Awards Gala’s for Ronald McDonald House Charities. The success of the Awards Gala’s led to custom productions for the Closing Concerts at the 2002, 20012 and 2014 McDonald’s Worldwide Conventions. The shows have featured a who’s who of top name performers, including Sting, Lionel Richie, Seal, Adam Levine, Ne-Yo, Kelly Clarkson, Keith Urban, Josh Groban, Cher, Richard Marx, Brian McKnight, Dennis DeYoung. Tessanne Chin and Ruben Studdard.

With McDonald’s, The Foster and Friends concept blossomed into EVI’s architecting and production of a global cross media brand platform. In 2002, the team made front-page news with the launch of World Children’s Day at McDonald’s. EVI and Foster led the way on that historic occasion by helping Ronald McDonald House Charities tell its story to the world on the ABC network special “The Concert for World Children’s Day”. Joined by friends Celine Dion, Josh Groban, Michael Buble, Enrique Iglesias, Peter Cetera, Yolanda Adams and Nick Carter, the team set a new standard for custom crafted, purpose driven concerts. Foster’s original theme song for the show won a 2002 Primetime Emmy Award. The project was shared in over 116 countries on multiple global networks and later as a feature on PBS stations across America.

The broadcast exposure from the ABC, CBS and PBS specials helped bring Foster “out front” and endear him with audiences. He has leveraged that momentum by producing numerous PBS specials of his own, including “Hitman: David Foster & Friends” and “Hitman Returns”. Celebrating 30 years of music written and produced by David, the widely acclaimed shows featured another who’s who list of artists performing their greatest hits. The shows became the highest rated and biggest revenue producing PBS specials of all time! Recent PBS specials with Foster and Andrea Bocelli have helped to make the pair household names around the globe.

In addition to corporate shows, the Foster and Friends concept has been applied on numerous shows for Foster’s own philanthropic organization, the David Foster Foundation. These annual concerts have helped raise millions of dollars to support families with children undergoing organ transplants. Andrea Bocelli, Steven Tyler, Stevie Wonder, Earth, Wind and Fire, Michael Bolton, Peter Cetera and The Tenors have all been participants.

Private shows for celebrities and influential business leaders are yet another avenue where the concept has taken hold.

At the Top of Their Games

After nearly three decades of acclaimed performances, EVI and David Foster and Friends continue in full stride. With 16 Grammy Awards, Foster is at the peak of his game, remaining at the top of the Hot 100 charts with a stream of artists like Ariana Grande and Jesse J, while producing adult contemporary masterpieces with legendary icons like Andrea Bocelli, Gwen Stefani and Michael Buble.

With an impassioned belief in music as the universal language, and the unique ability to deliver quality and creativity that audiences crave, EVI’s David Foster and Friends shows remain a timeless idea. With a virtually unlimited roster of A-list and breaking new talent, the possibilities are more exciting than ever.