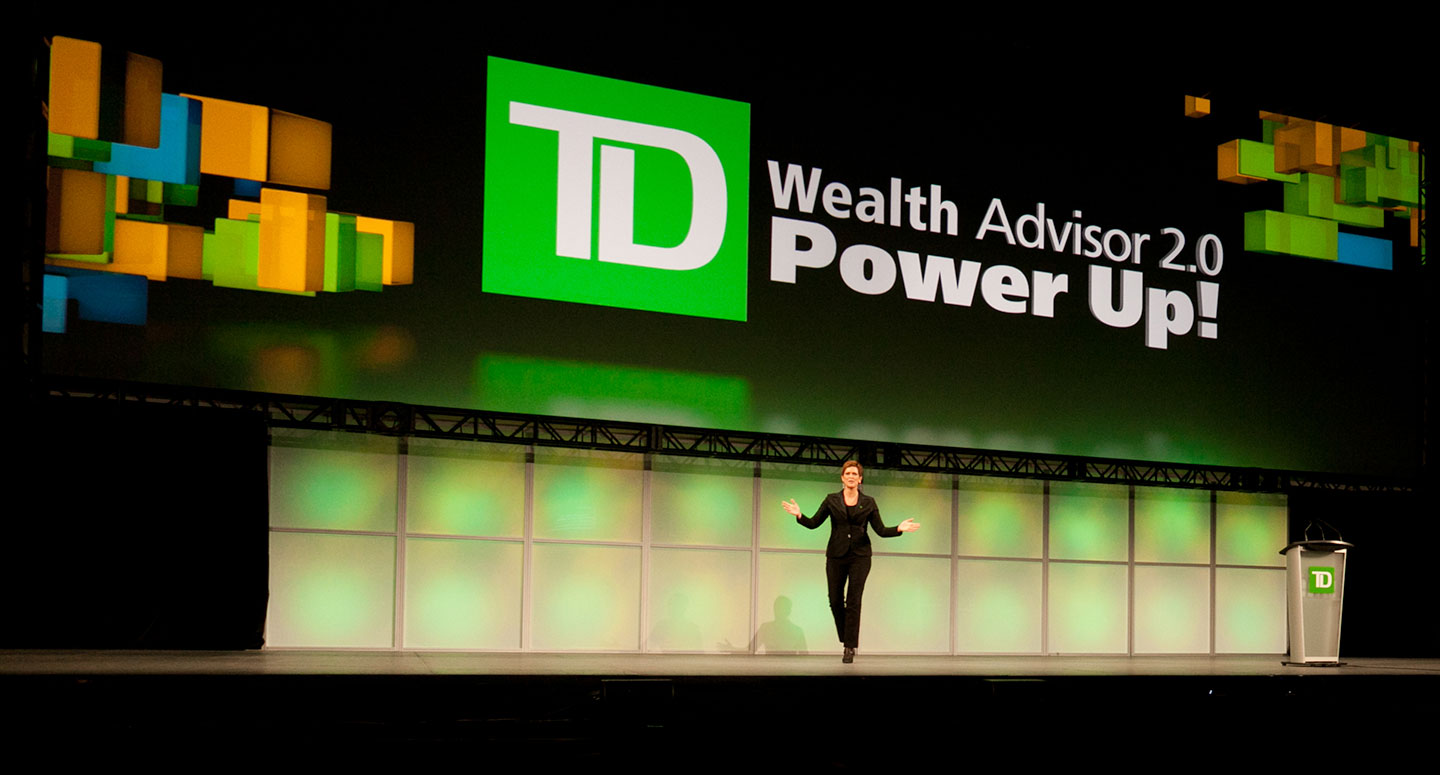 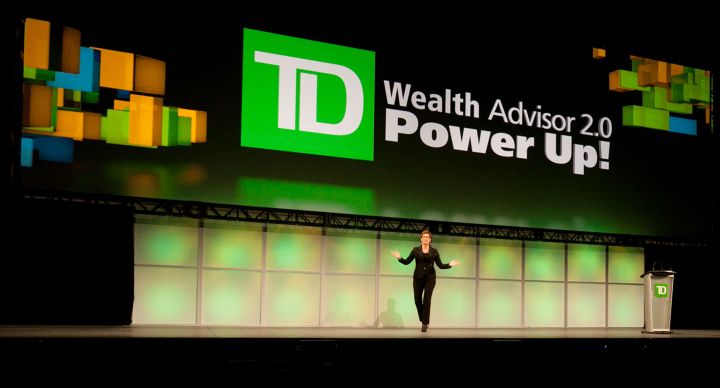 A system that would transform the daily workflow of thousands of TD Bank employees was big news. The program needed a big introduction, leading to Executive Visions’ selection as the event producer. Sony Center in downtown Toronto was chosen for the launch event, and 1,200 top TD performers from across Canada were invited to attend. 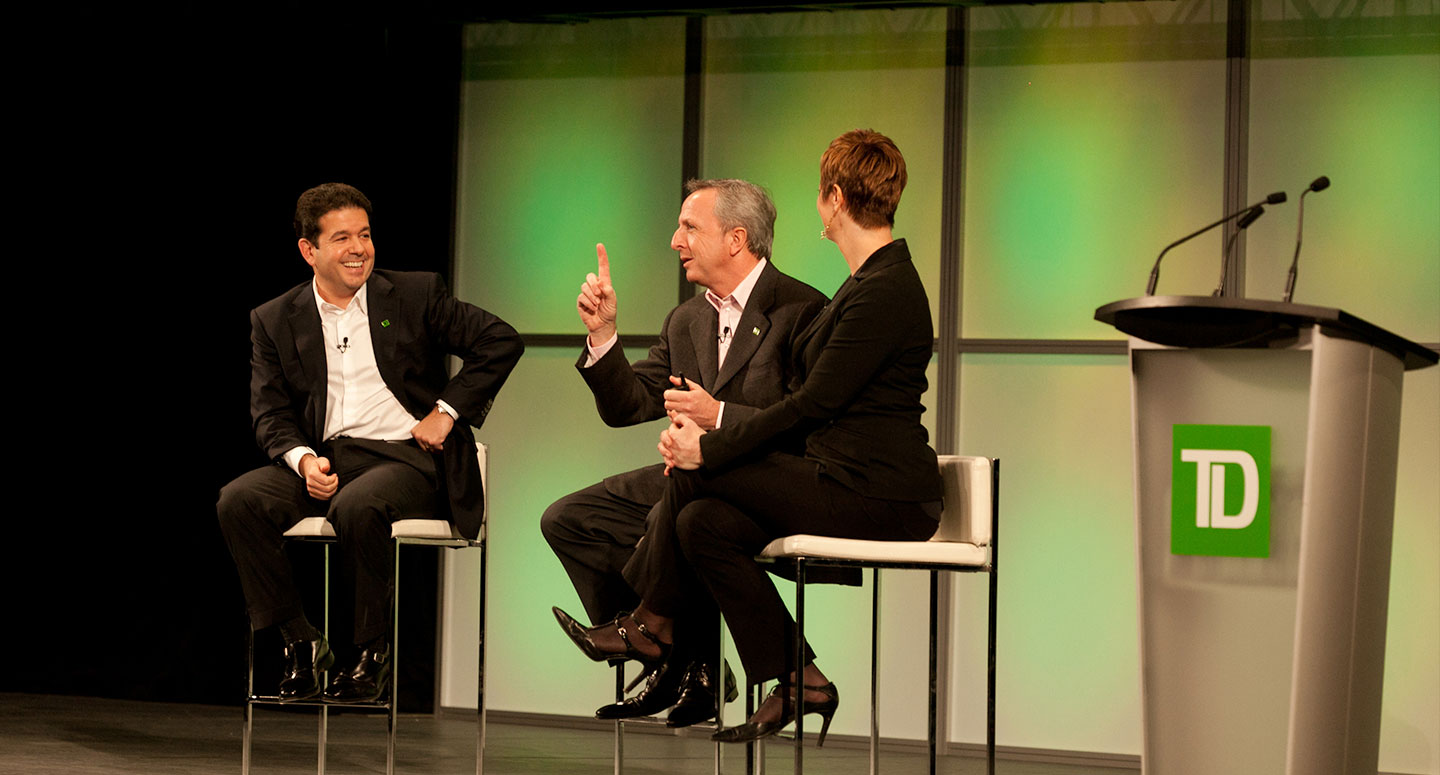 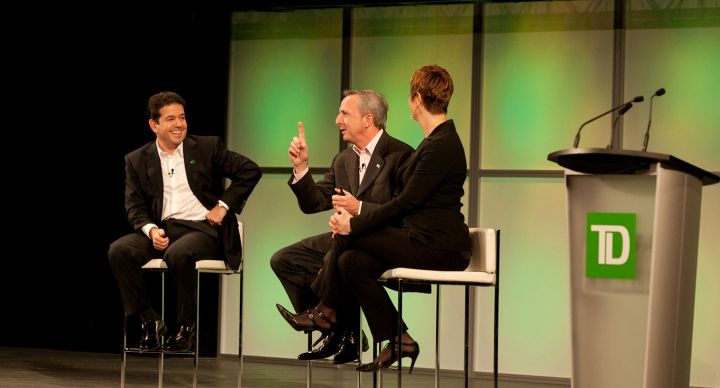 Right from the start, the EVI and TD team faced challenges:

“Power-Up” was quickly developed as the theme, and every creative element was designed around it to help overcome any non-believers. The simple, positive concept and strong graphical treatments generated enthusiasm and excitement that cascaded throughout the TD Wealth employee base. 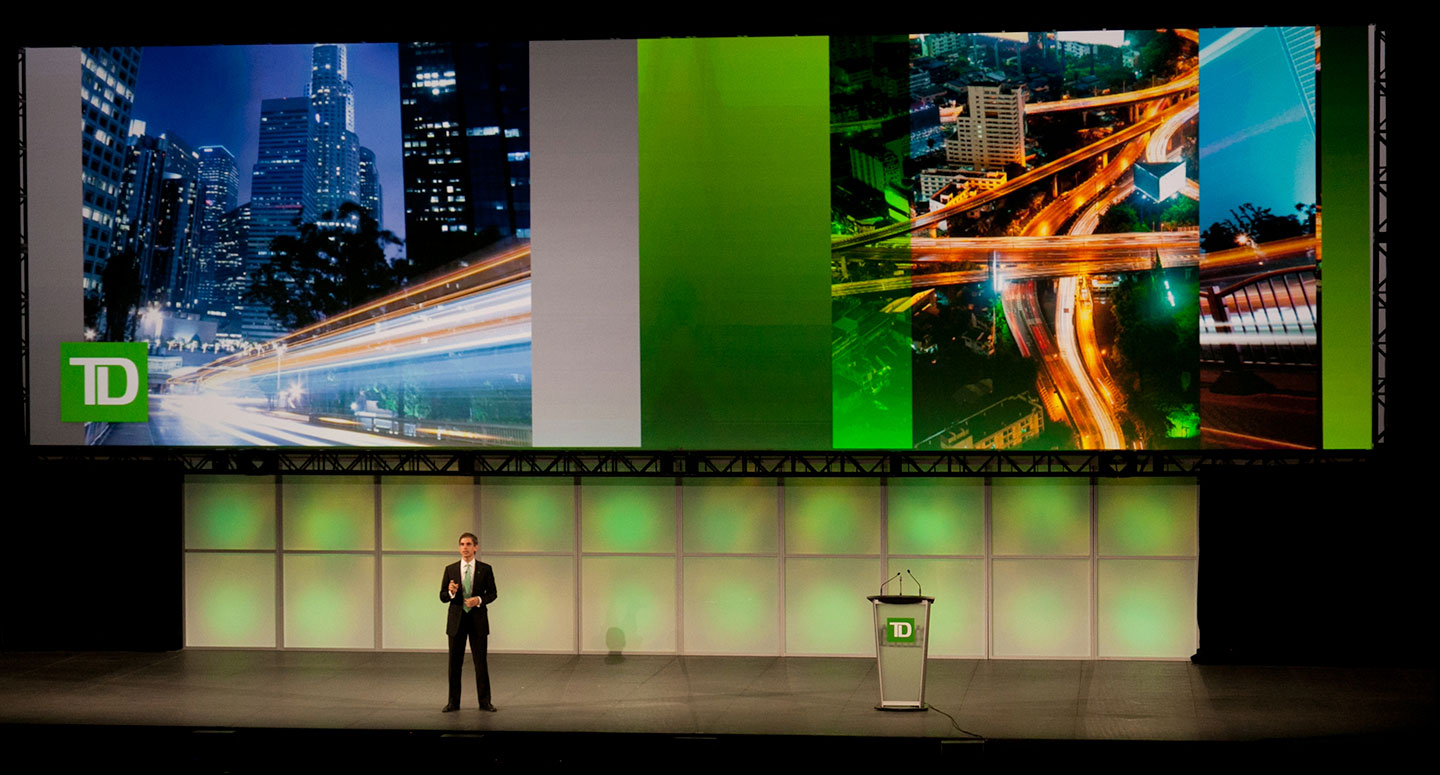 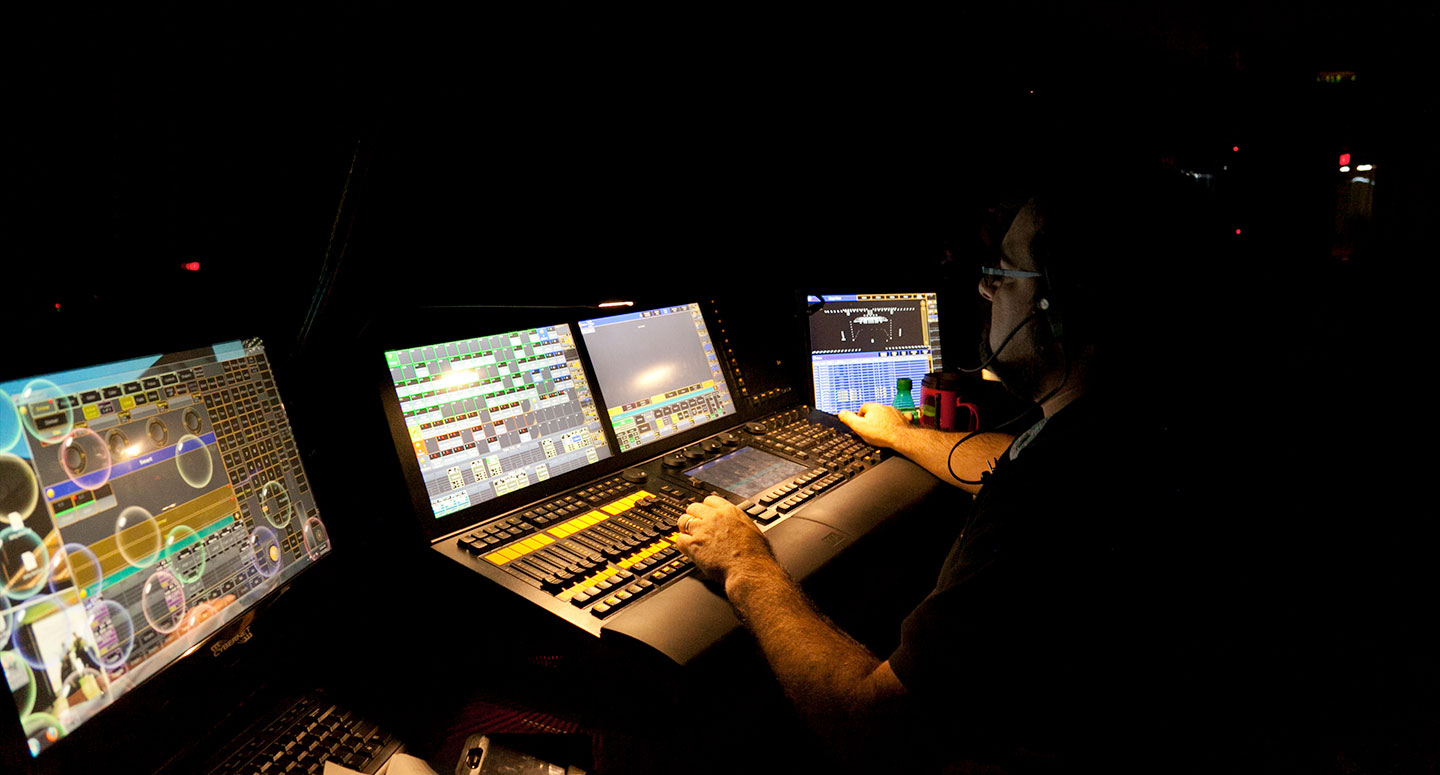 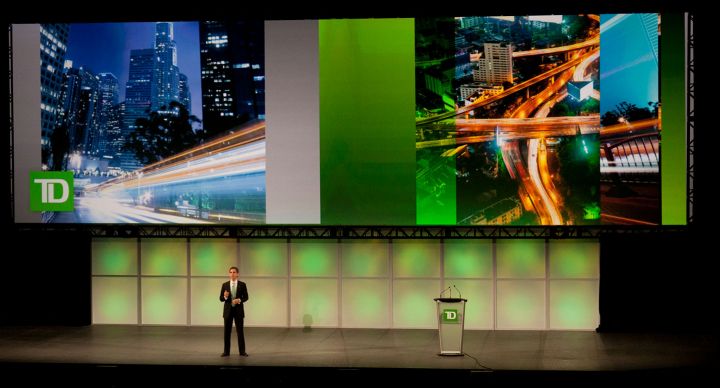 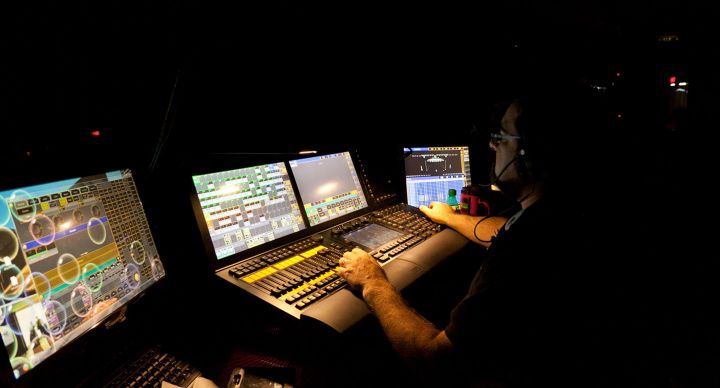 At the Sony Center, the expansive “power” of Wealth Advisor 2.0 was represented in a massive 60’ projection screen filled with stunning high-definition video and graphics. A watchout media server was utilized to display a wide array of on-screen media combinations.

Bolstering the content package, EVI produced a series of short, intimate videos in which TD employees discussed their workflow challenges. Shot on the 4K Red Camera system with Cine lenses, these “challenge” videos led directly into each demo presentation. 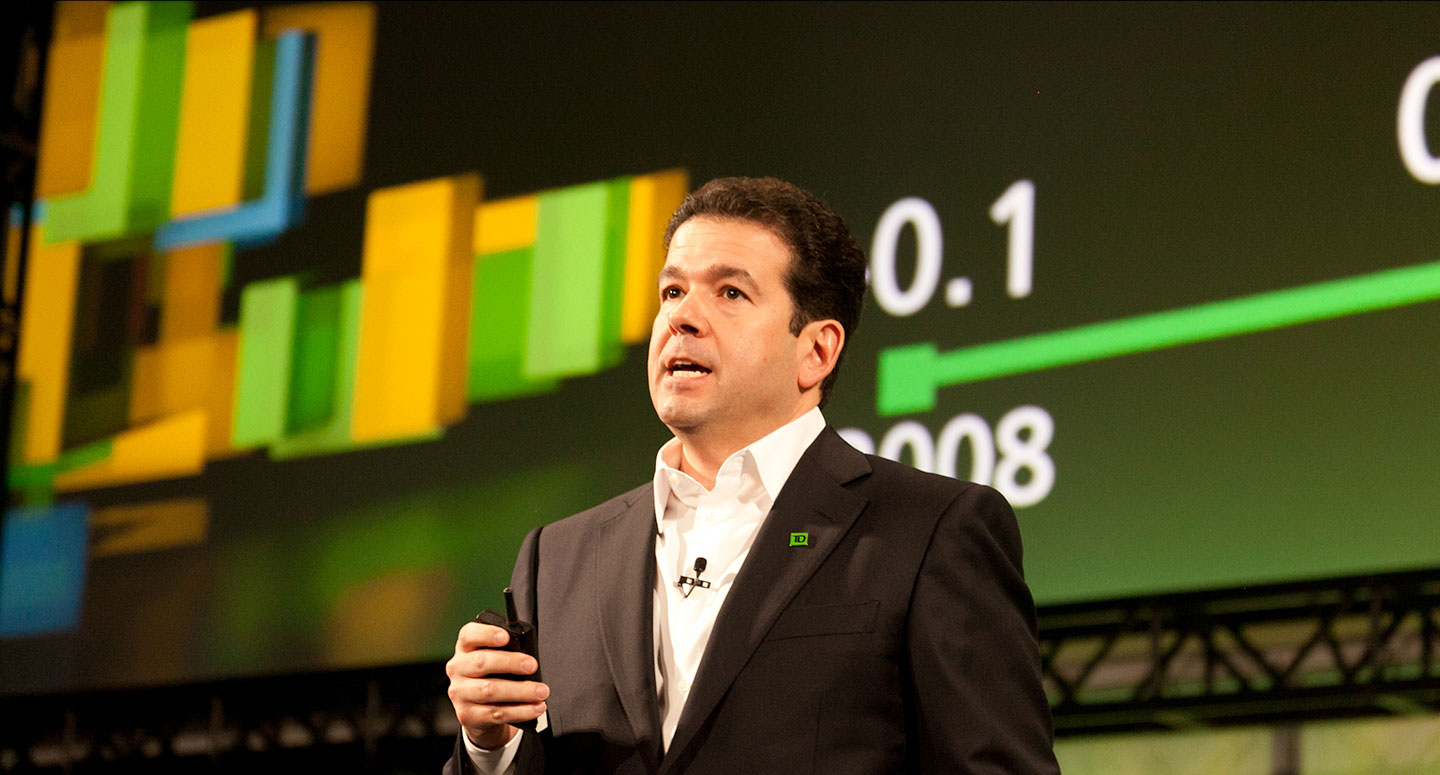 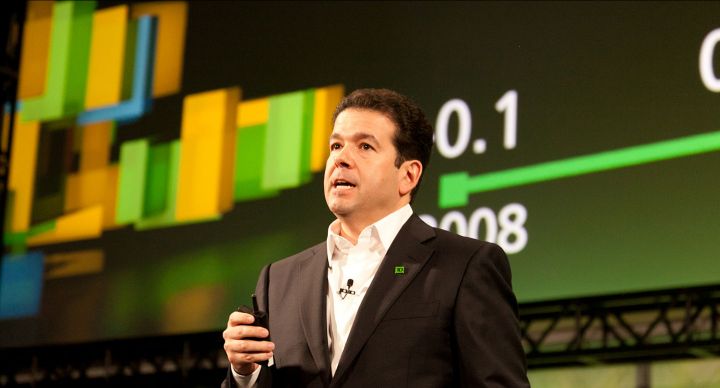 Each executive presentation was carefully scripted and supported with multimedia. Other videos were created to highlight the year in review and provide a glimpse into the future of Wealth Management at TD Bank.

Kim Parlee, a respected Canadian financial journalist, television personality, and employee of TD Bank served as the event Emcee, bringing an added sense of credibility to the proceedings. 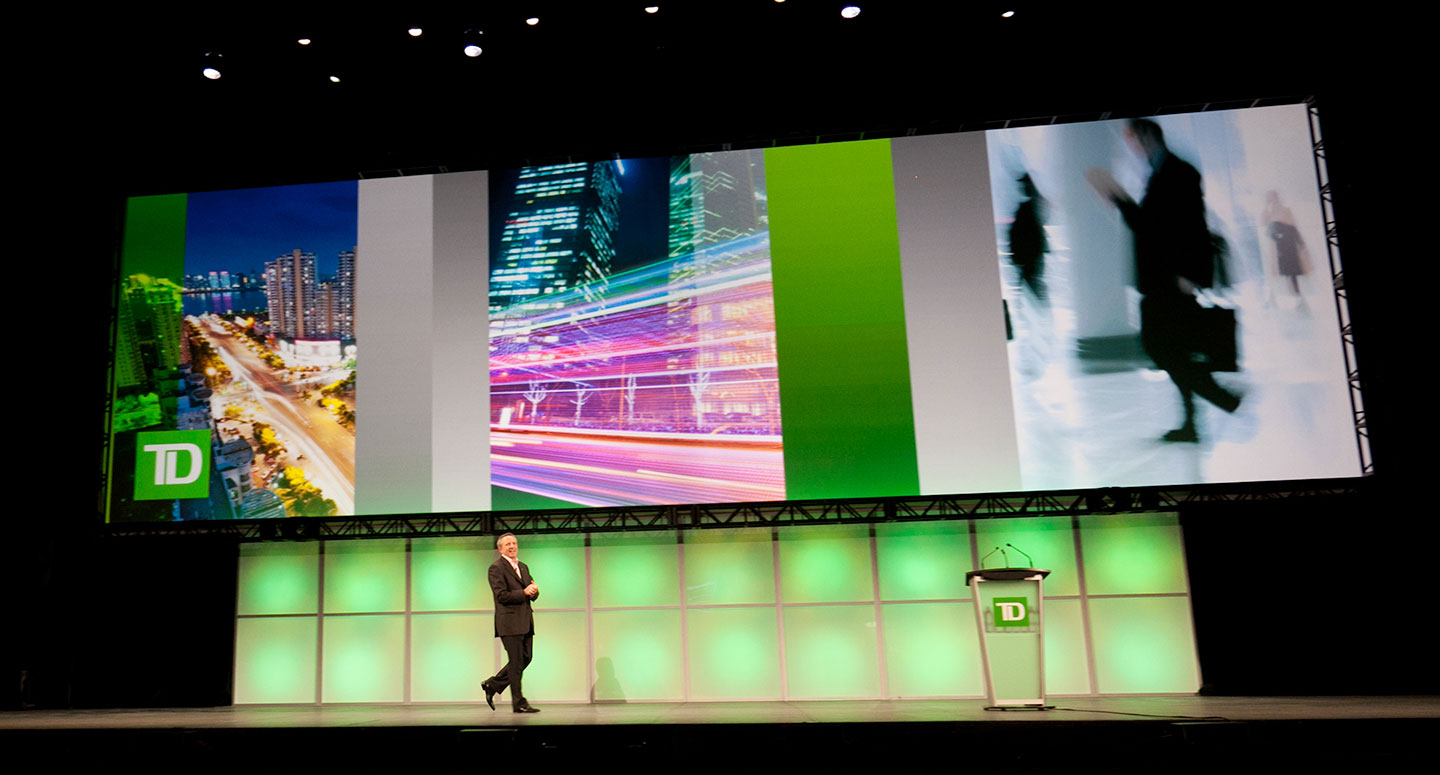 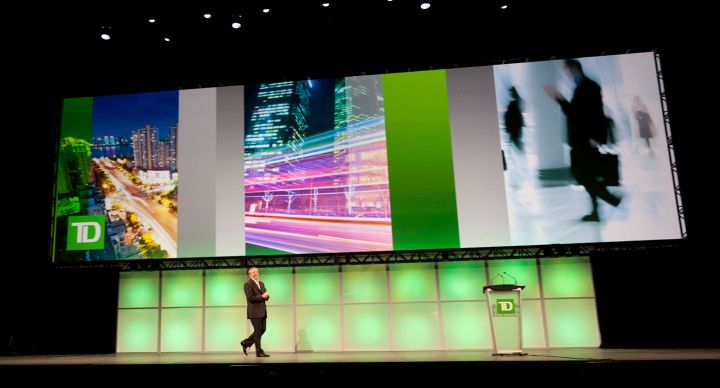 In less than a month, the EVI team successfully created a striking theatrical environment and wove it together with an array of custom media and dynamic presentations. Along with great onstage delivery by the TD Executives, the total package communicated a strong message…taking the audience on a powerful journey…one that began with reservations, and ended with enthusiasm.