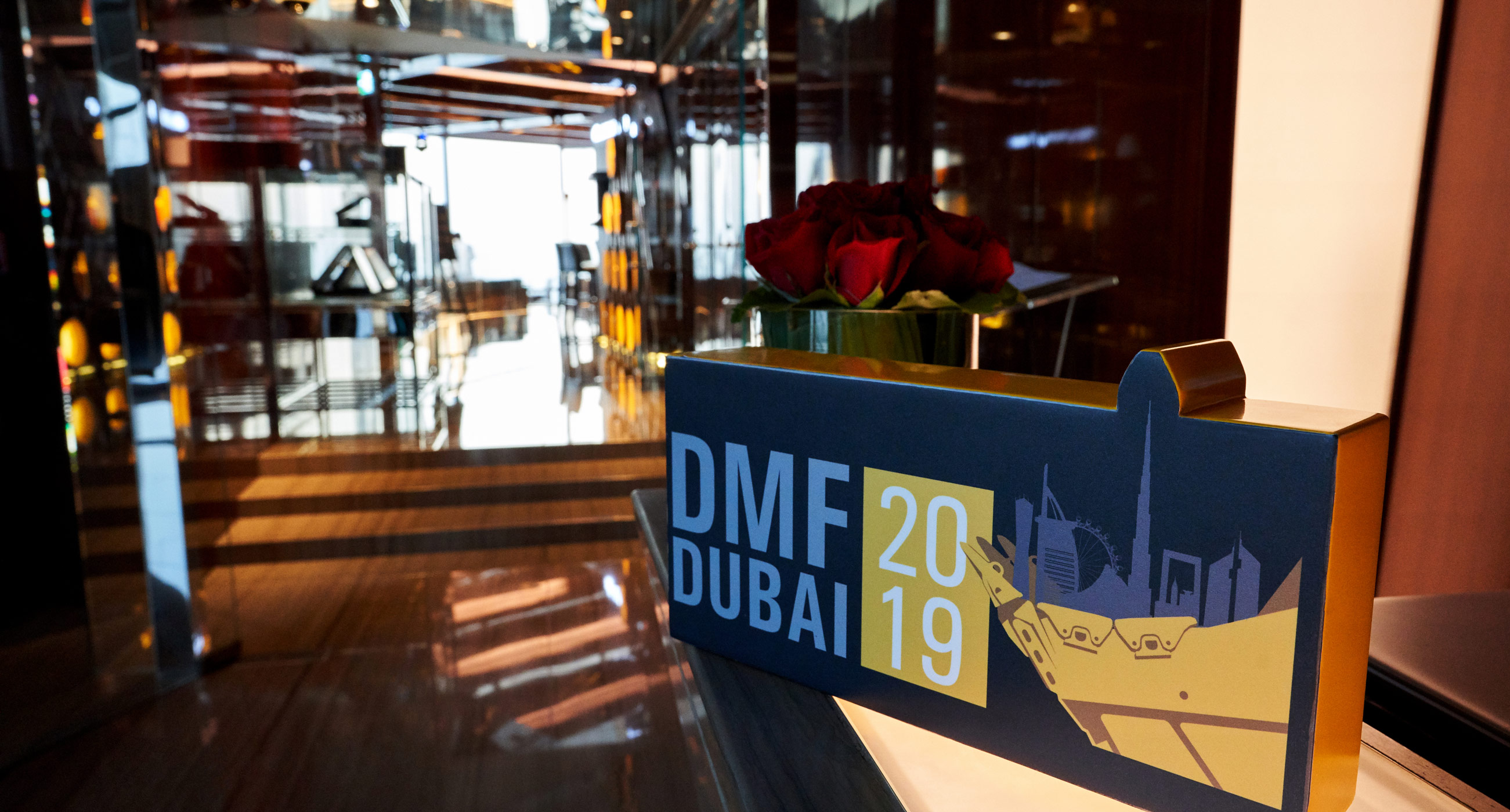 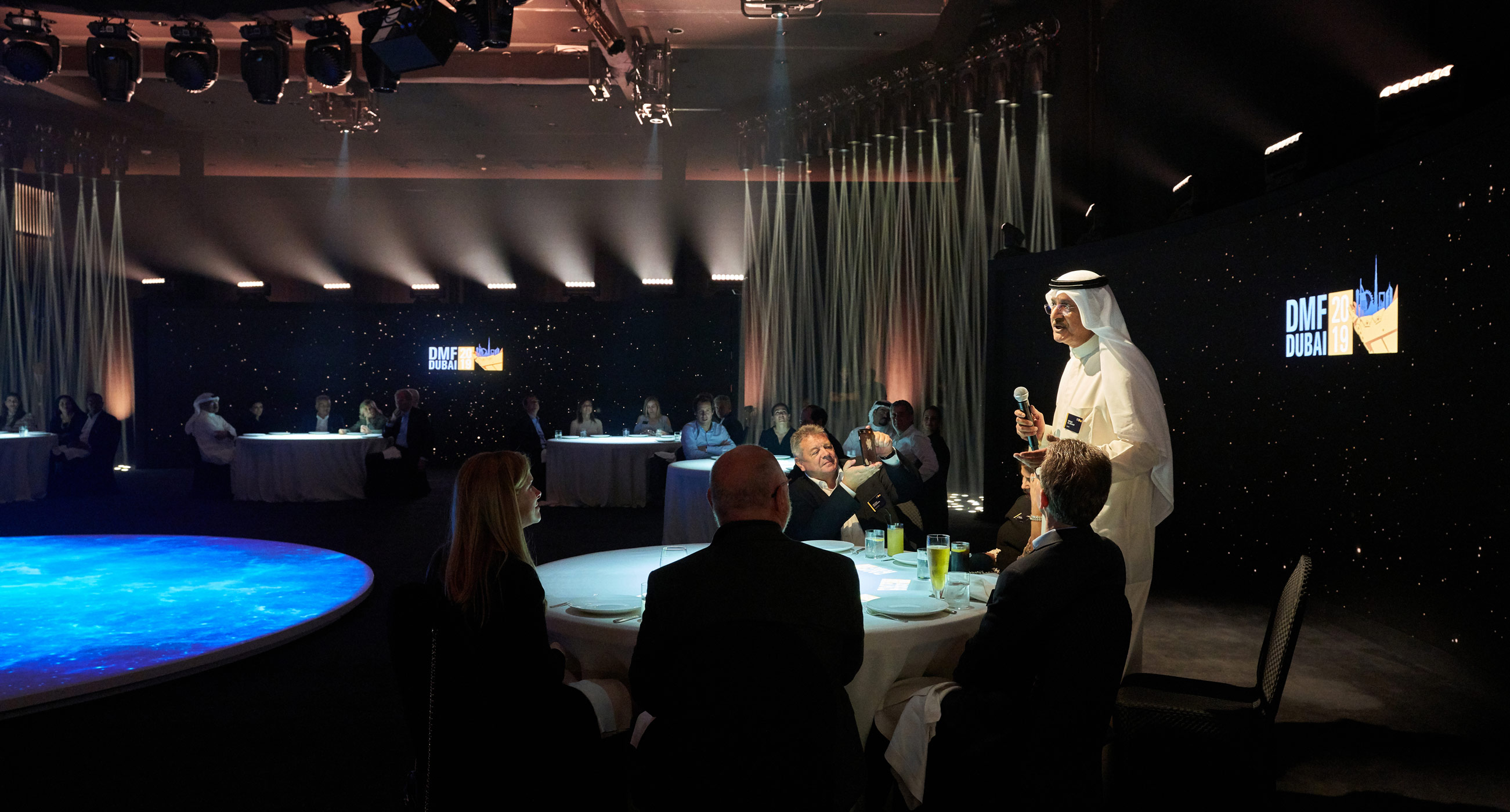 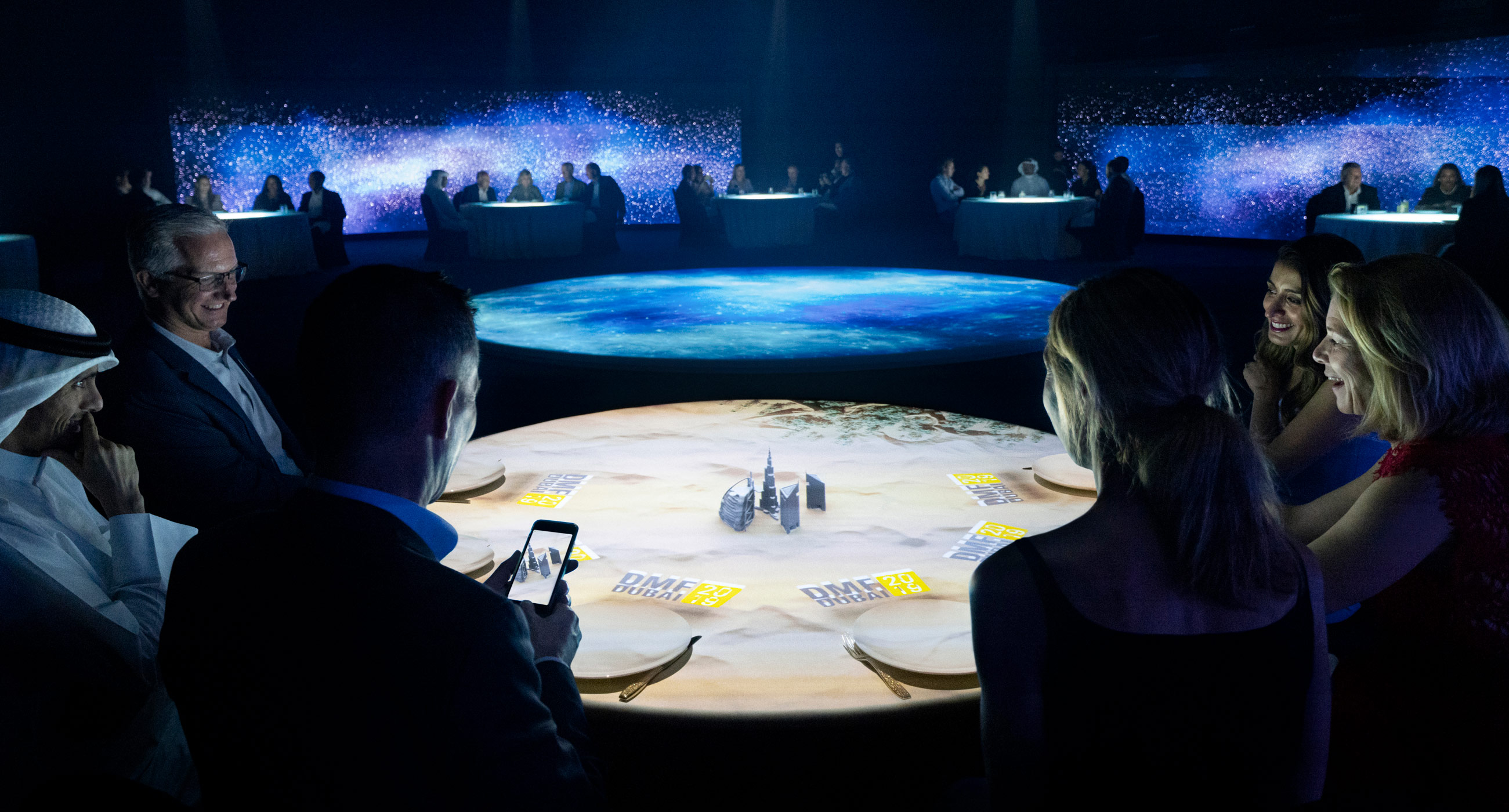 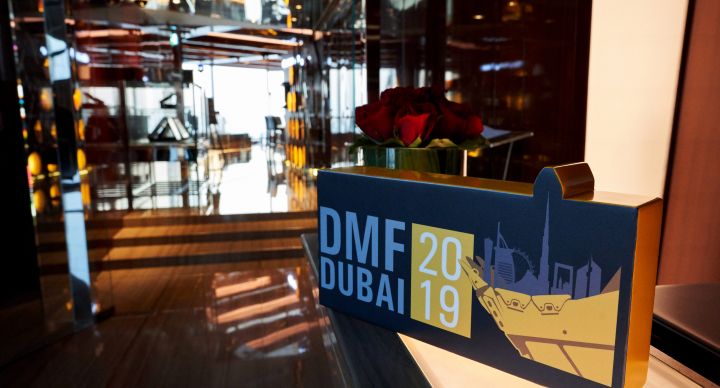 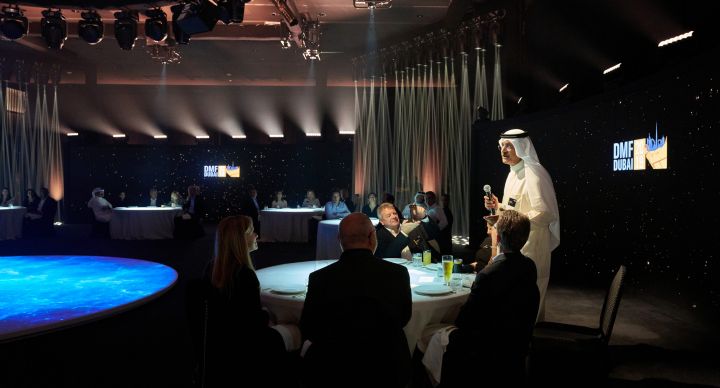 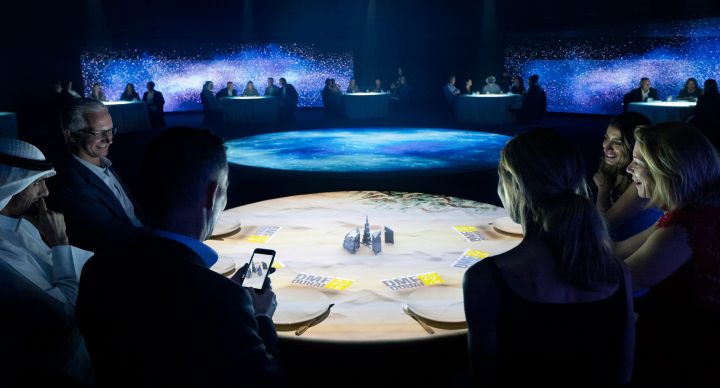 Annually, Caterpillar selects a new destination in the world to host their executive meetings over a period of 5 days. On October 2019, Dubai –UAE was the selected location to hold the strategic gathering, and our client, Mohamad Abdulrahman Al Bahar (MAB) who is the UAE’s sole distributer of Caterpillar (CAT) Equipment became the host for up to 80 of Caterpillar’s resellers world-wide.

MAB appointed Executive Visions EMEA to plan, manage, conduct and design a 5-day program for their international guests including entertaining excursions in the UAE, while holding daily conferences and leading to a closing grand gala dinner function for all.

As part of our scope, EVI organized all aspects of the guest’s experience including, but not limited to local logistics, hotel accommodations, daily activities agenda, executive conferences and the closing gala dinner. Opting for nothing but the best, all guests were comfortably accommodated at the luxurious Bvlgari Hotel, Dubai, and the gala dinner took place at the opulent Armani Ballroom in Armani Hotel, Dubai. 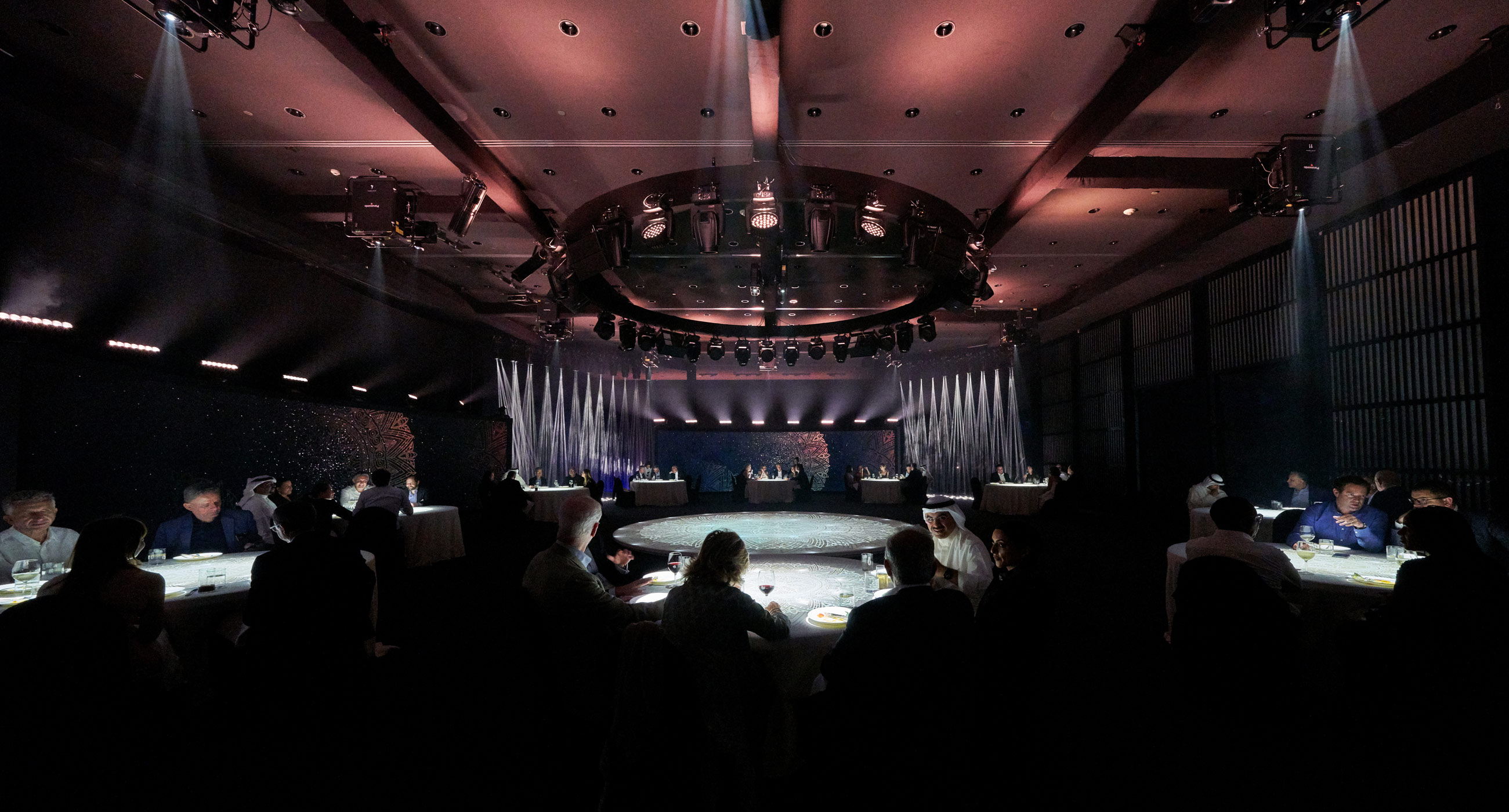 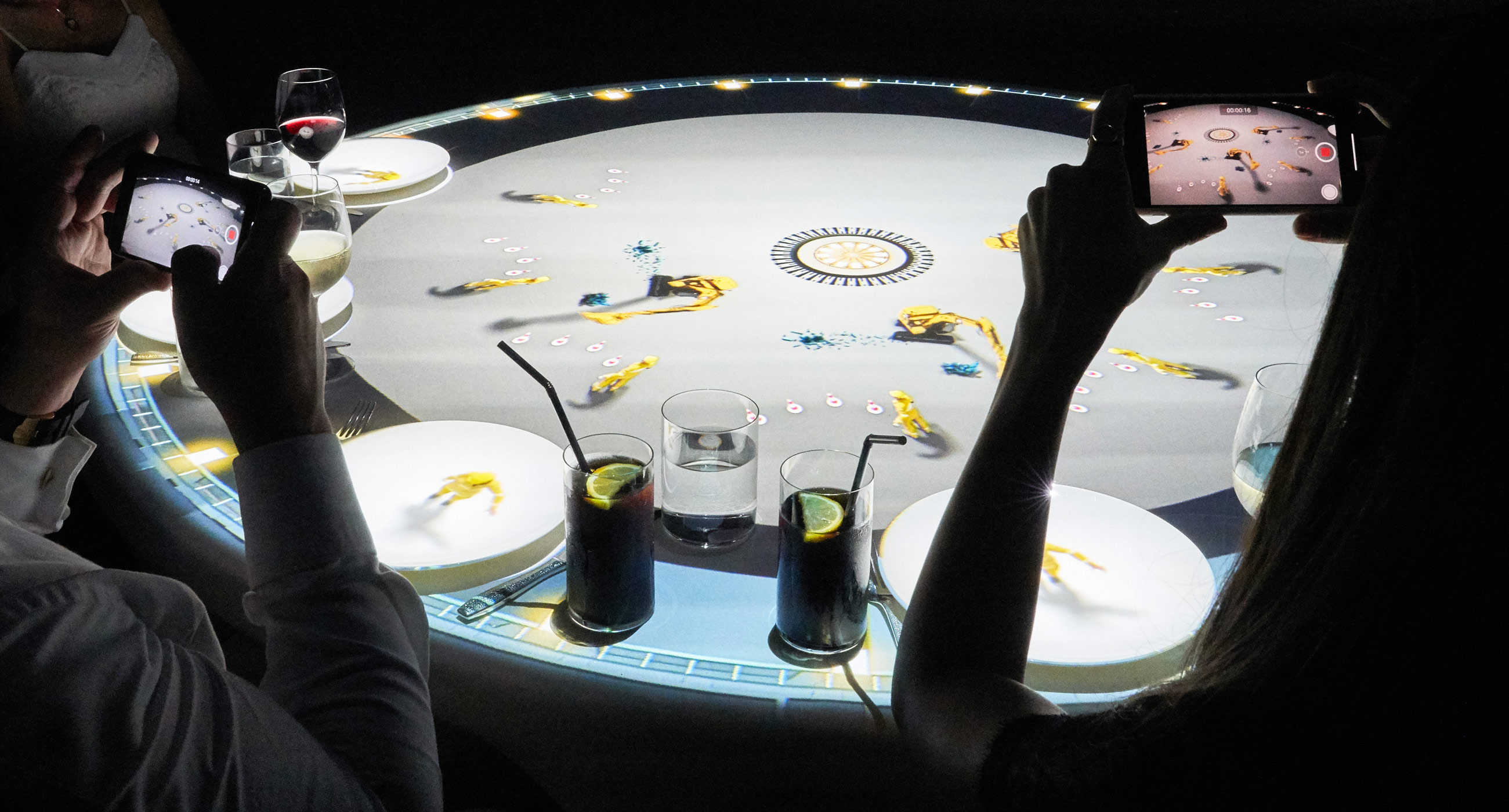 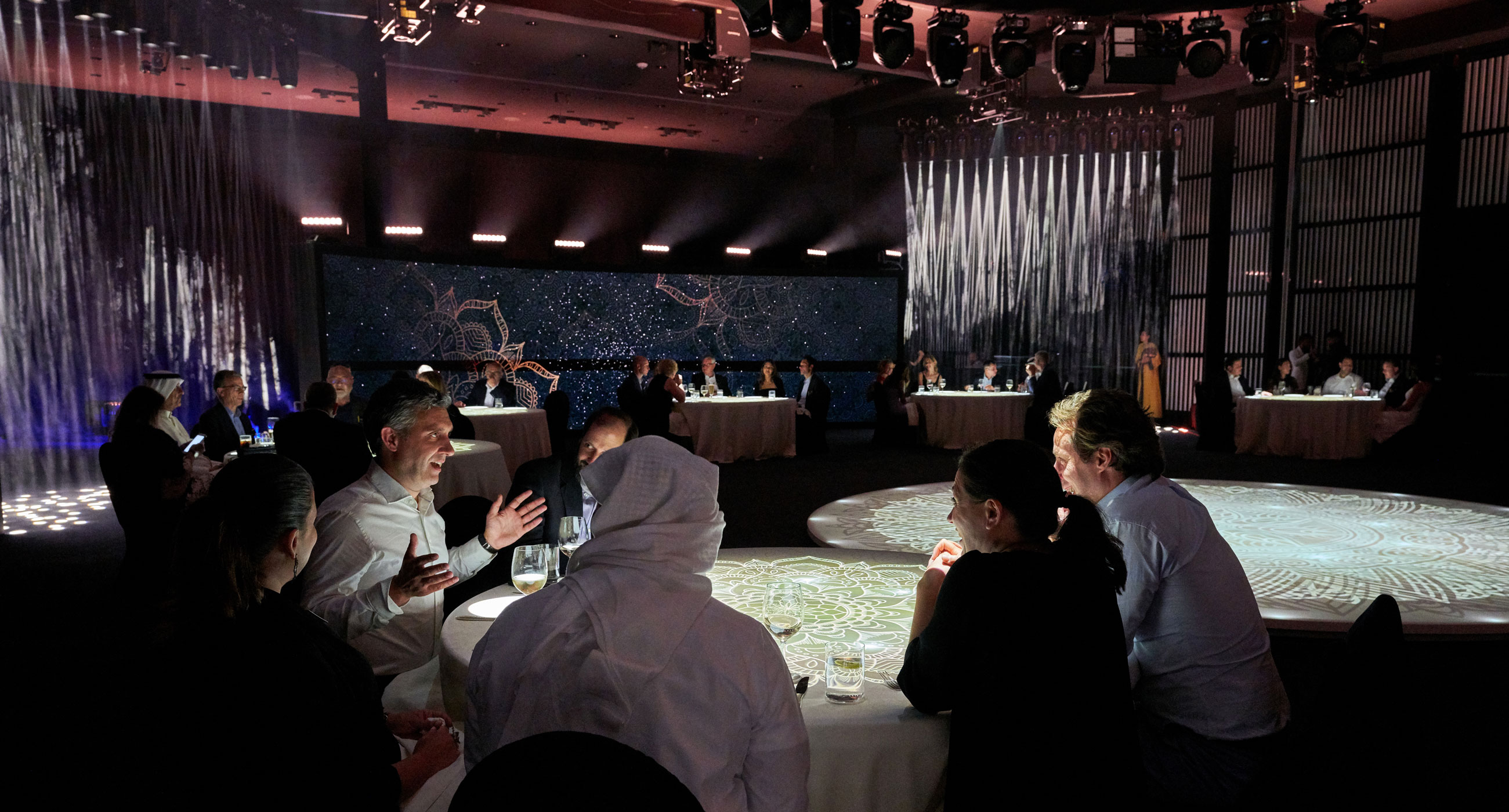 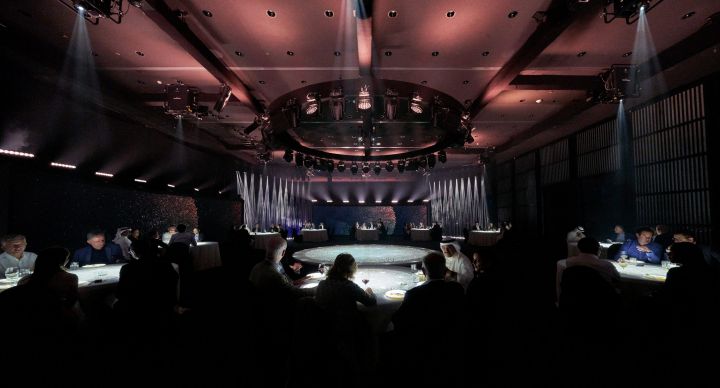 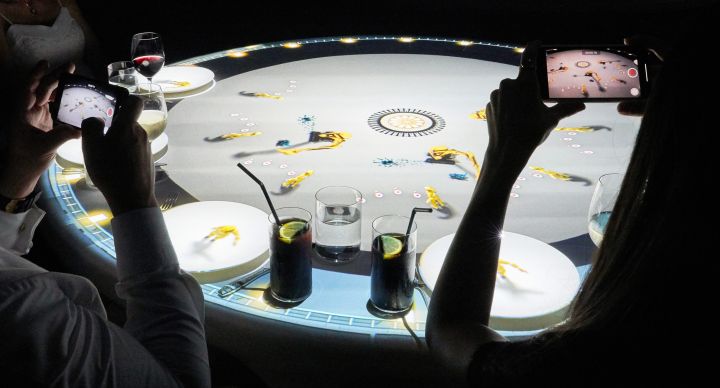 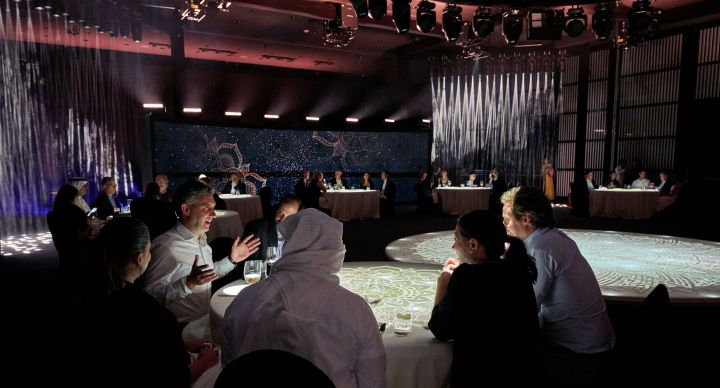 All executives came with their plus-ones, so while the executives attended the business conference at the Blvgari Hotel, their plus-ones were entertained in places such as the Louvre in Abu Dhabi, or took a VIP tour of the Habtoor Polo stables and learning about their priceless polo ponies, followed by a private Polo match.

After five days of successful meetings, EVI spoiled the guests with a very unique closing gala dinner experience at the Armani Hotel. A five-course menu was specially created with the assistance of Armani’s executive chef. The ballroom was transformed into a 7-star restaurant setting, in a semi-circular setup with special lighting design, LED screens and a fusion of Arab-Latin music played live. The star show of the event was bespoke projection animation projected on each dinner table telling informative stories about CAT’s strategic advances, leadership and future development of the country represented across all regions. 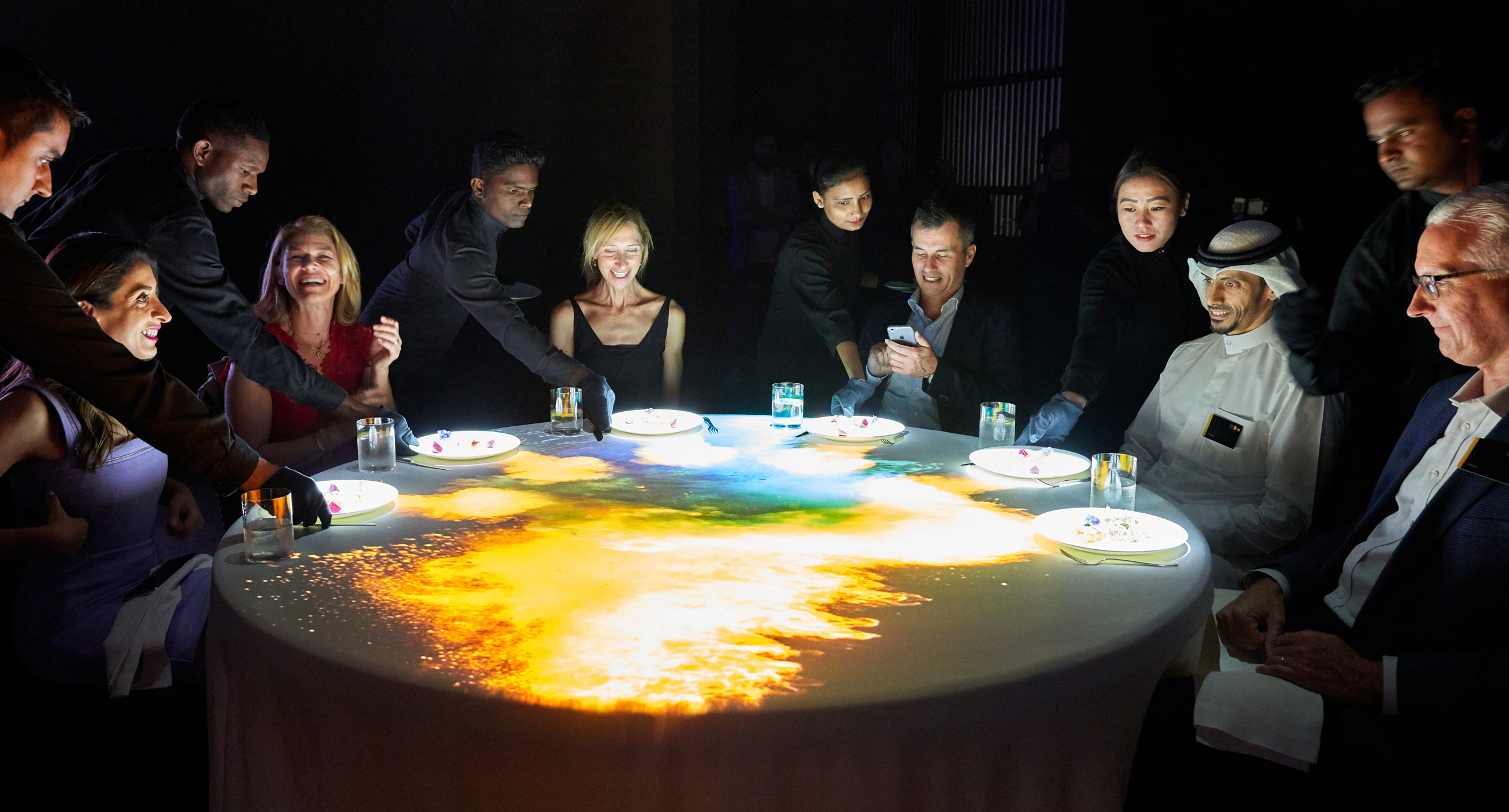 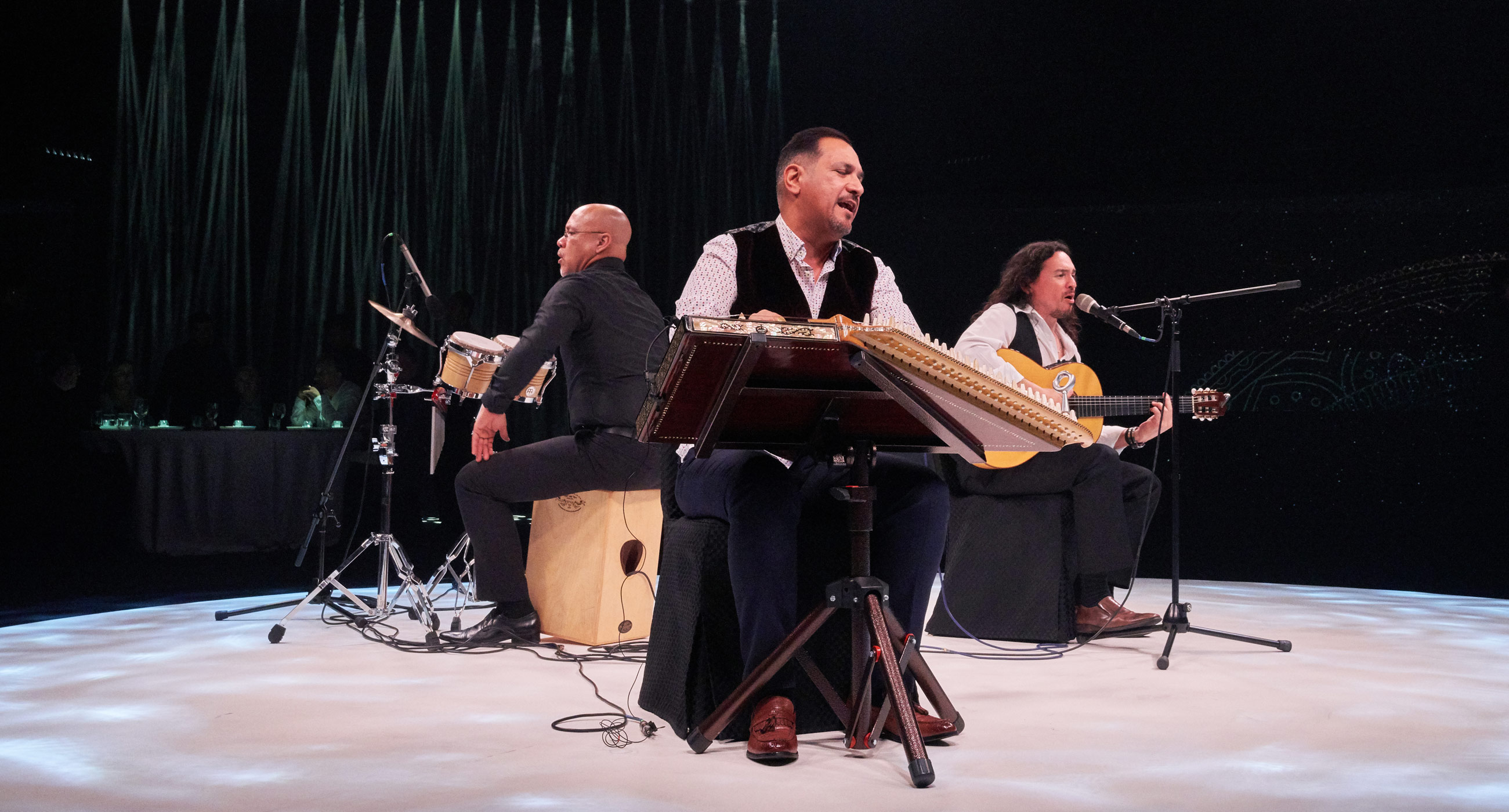 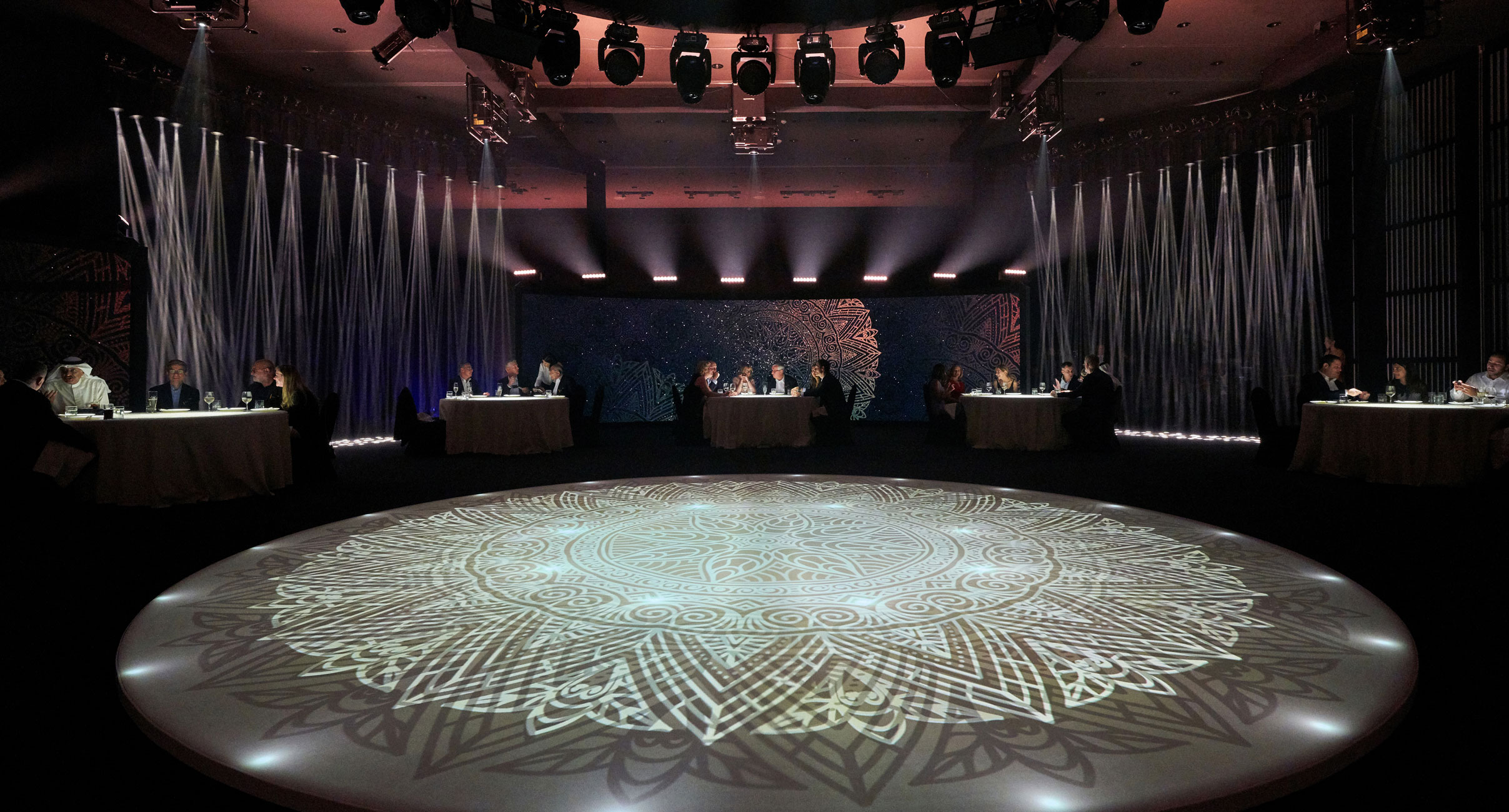 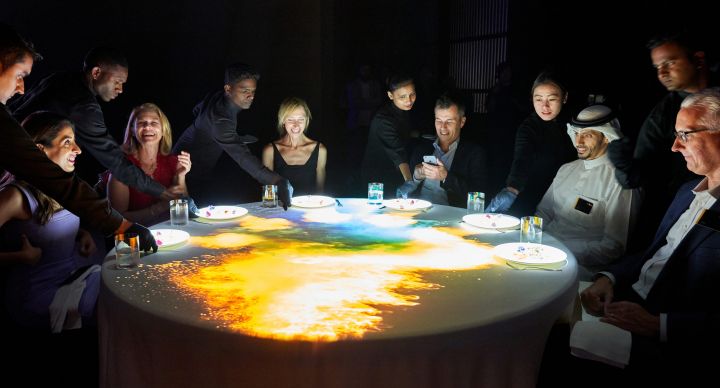 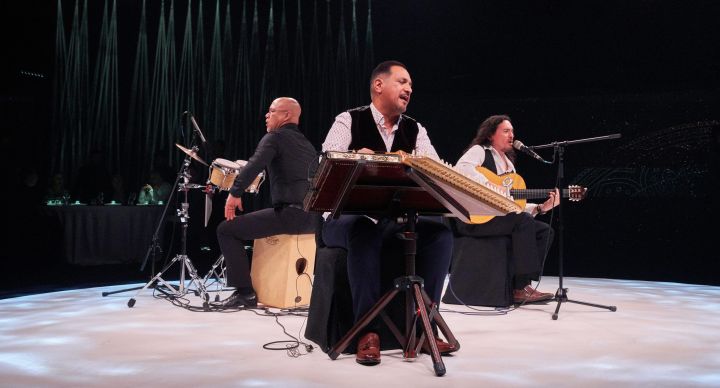 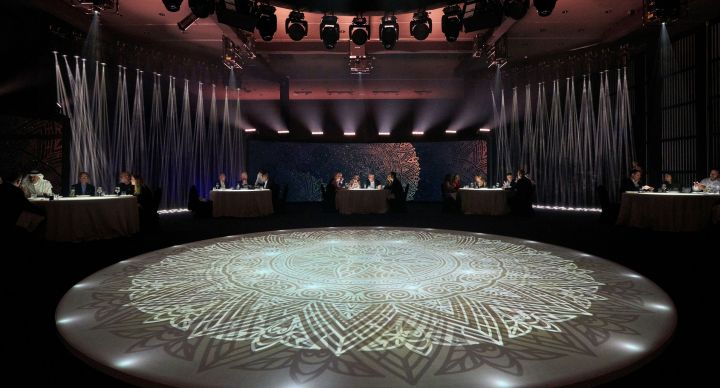 The projection mapping experience received the response we expected from the guest, symbolized by everyone capturing moment on their phones, the message was clearly delivered and welcomed by all; making the total stay a fabulous success for MAB and their counterparts.

At the end of the event, EVI followed through with the scheduled drop off at the Dubai International Airport through private majlis arrangement, ensuring everyone’s comfort while they waited for their flight. The overall experience was well received by Caterpillar and its attendees, as well as high marks on all post event surveys.