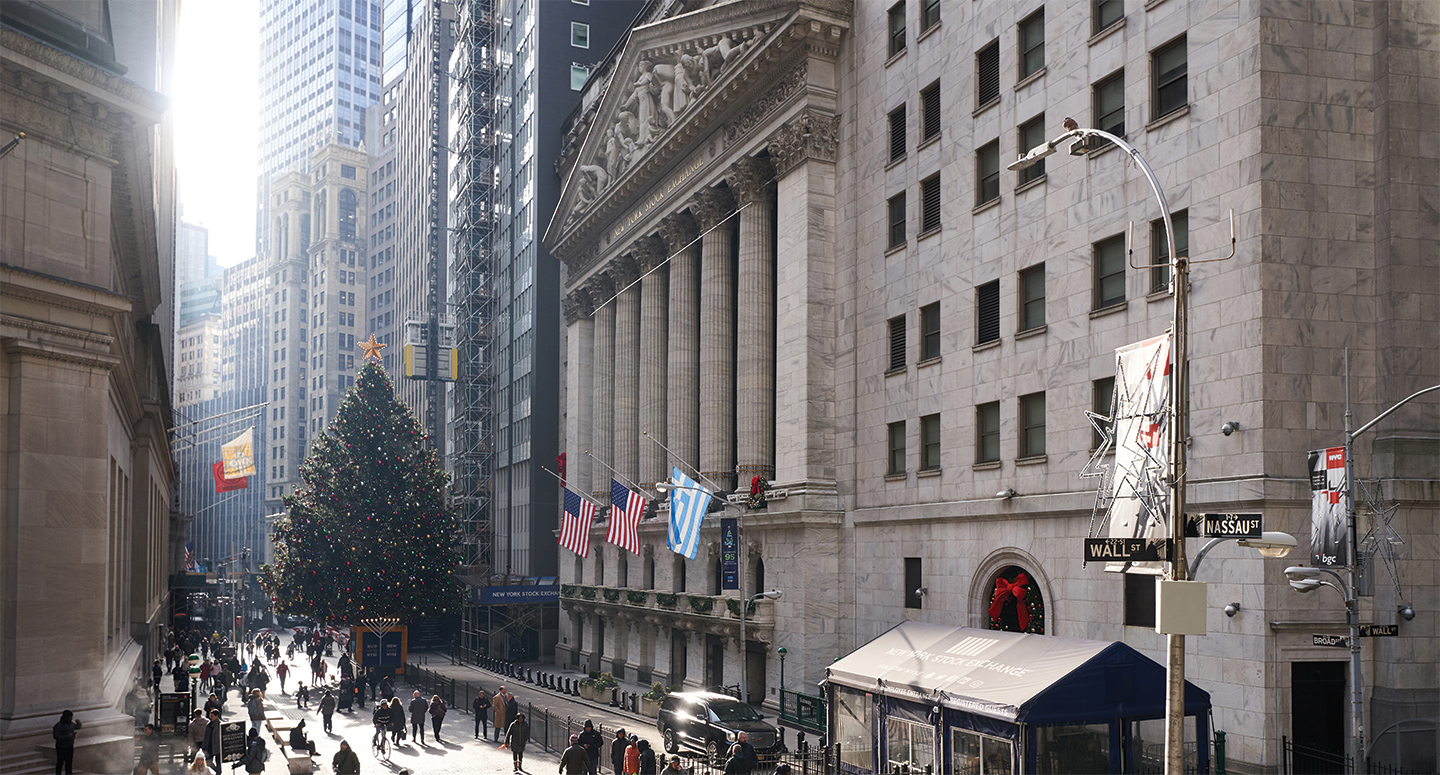 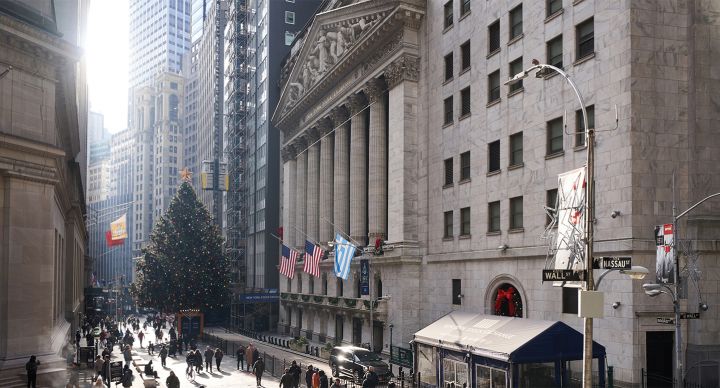 The year 2018 saw Aramark and EVI team-up to produce a full slate of live events, but perhaps the most strategically important came on a pressure-packed December morning on Wall Street. The event was the Annual Investor Day Conference…produced live at the New York Stock Exchange. The audience…institutional investors representing some of the world’s largest money management and equity funds. About one hundred attended in person, with many more participating via live internet stream.

The firms represented are the life blood of Aramark’s continuing journey, which began anew some five years ago under the keen vision and direction of Chairman, President and CEO Eric Foss. These seasoned financiers aren’t interested in window dressing…they want compelling proof that ARMK is positioned to provide a premium return on investment for the long run. 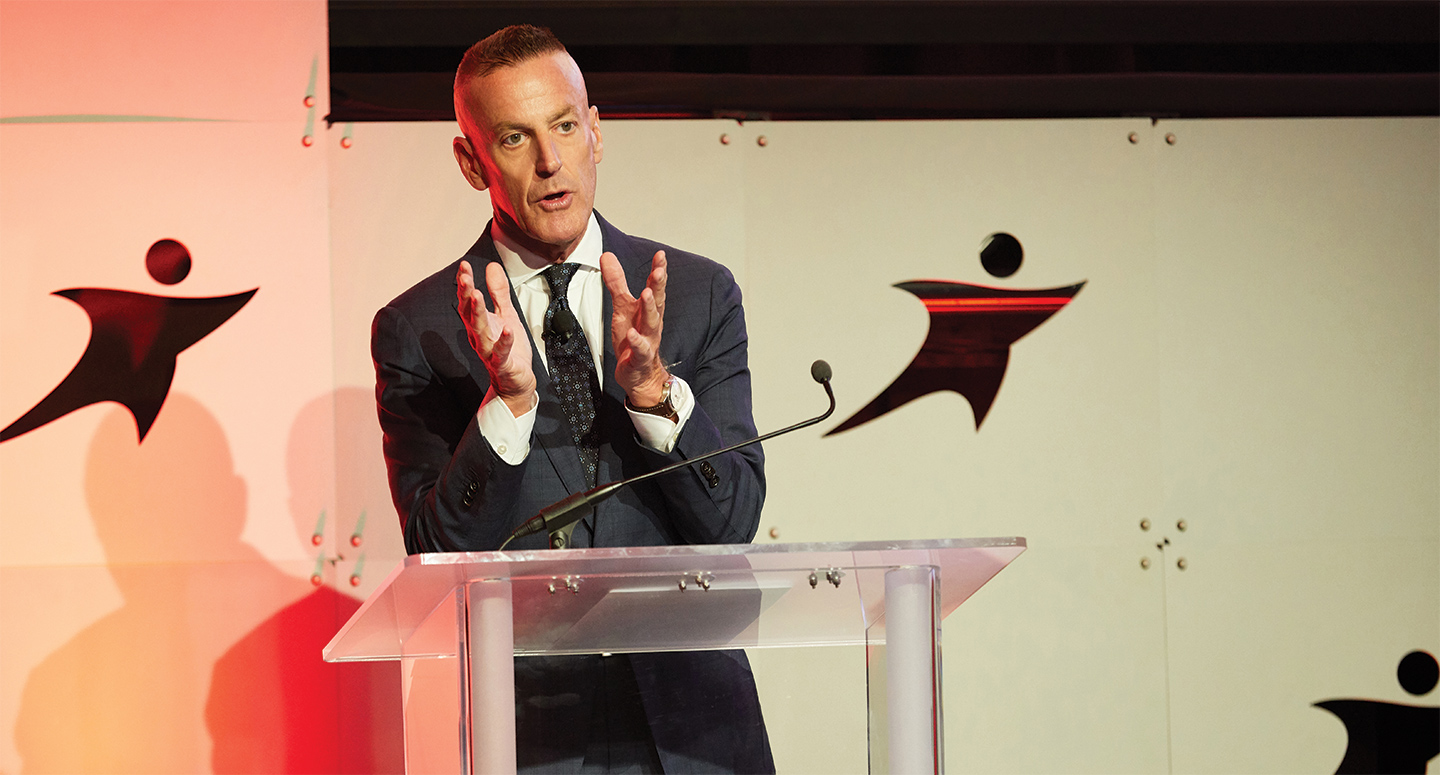 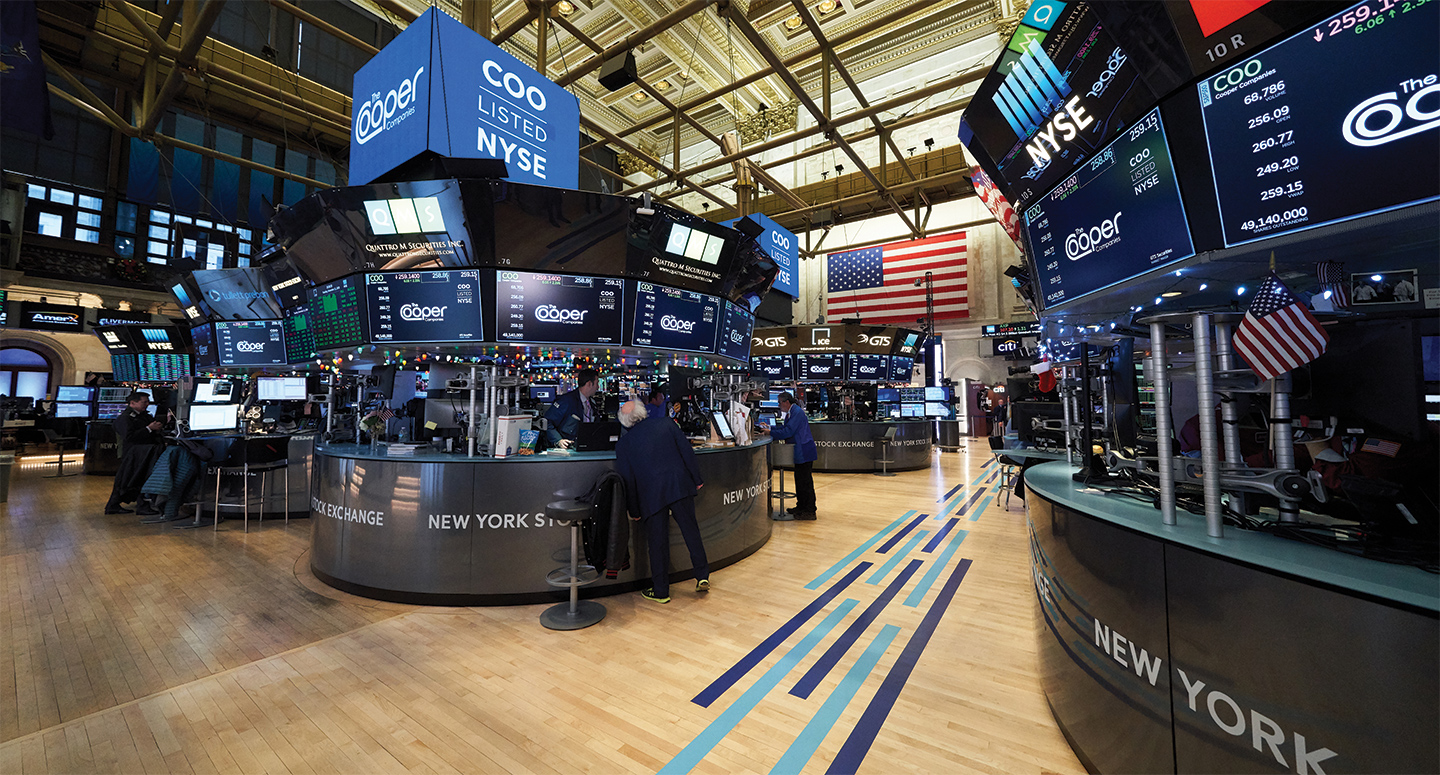 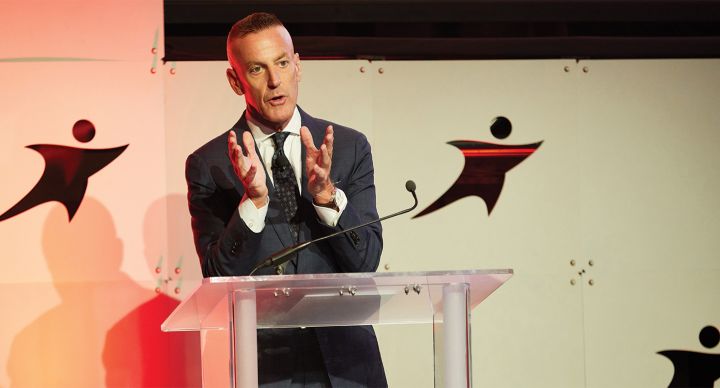 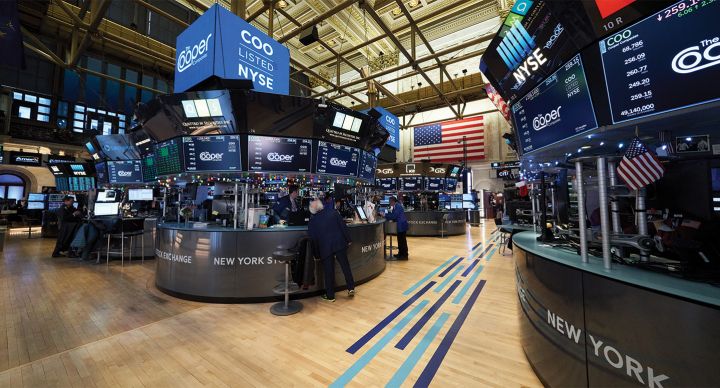 When the pressure is on, partnerships perform, and the team pulled out all the stops to ensure an impactful delivery of Aramark’s core messages. Collaborating with Tod Mackenzie, Aramark SVP of Communications and Public Affairs, EVI produced all aspects of the general session, including staging and technical, show design, keynote presentations and
visual media.

Part of the excitement surrounding the event was the venue itself; one of the permanent meeting rooms at the NYSE.  Optimization of the room resources to ensure top-level content delivery was of paramount importance. 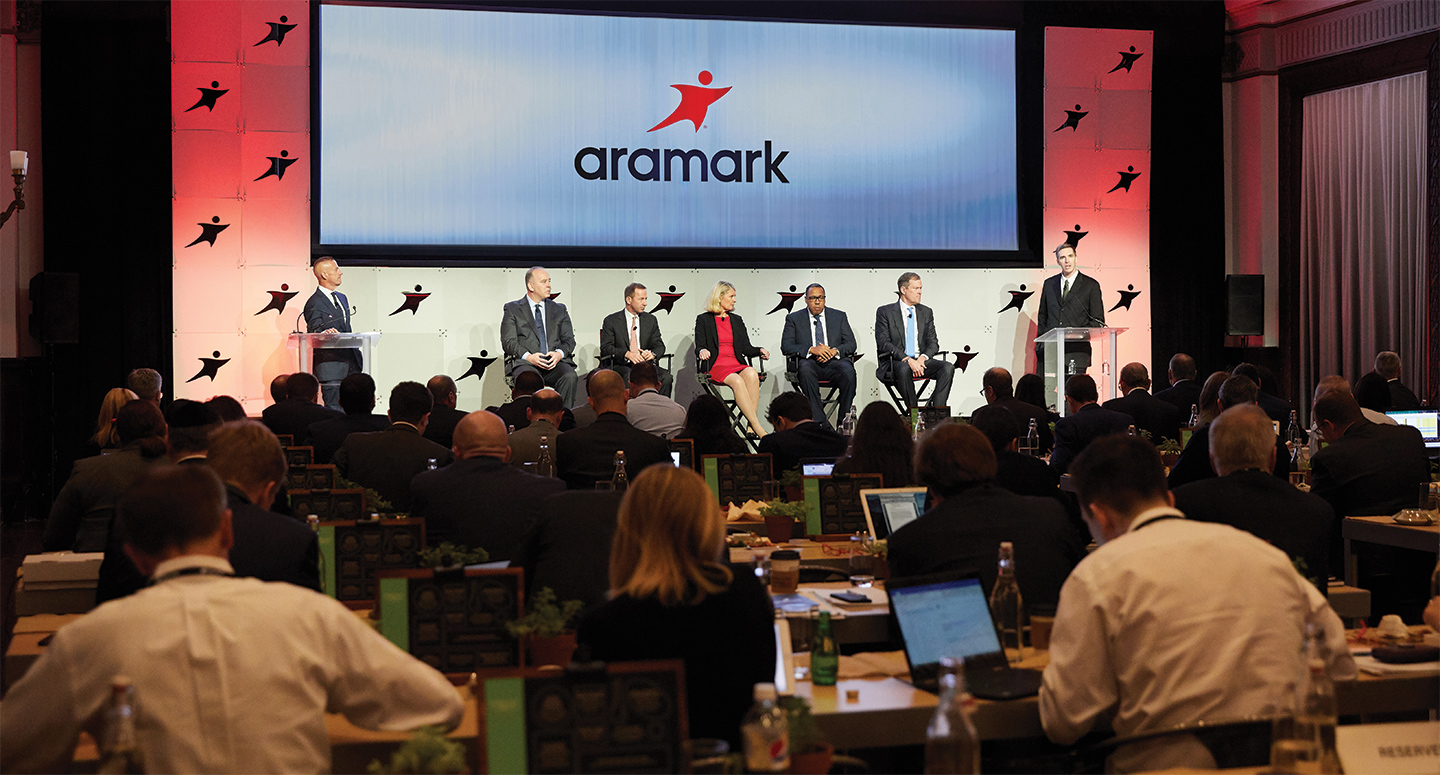 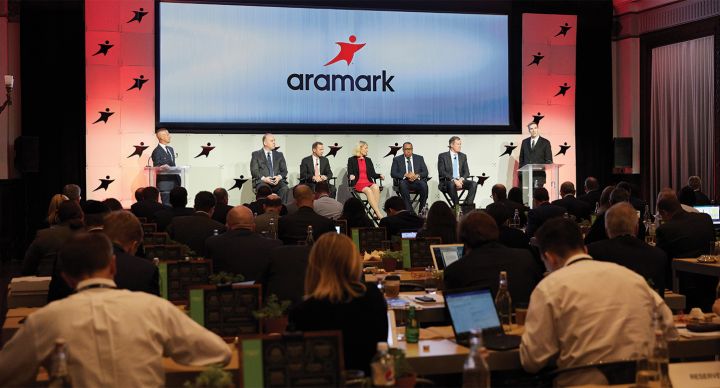 Original content creation was a major part of EVI’s Investor Day mission. Over the years, EVI and Mackenzie have produced a number of cinematic film shorts to communicate a wide-range of messages.  Six weeks before Investor Day, EVI was commissioned to create and produce a new Aramark Corporate Anthem to serve as the Investor Day opener and set the stage for the presentations of Eric Foss and the Aramark leadership team.  Entitled “Aramark…a Destiny to Reach”, the piece tells the powerful story of Aramark’s mission to become an industry leader performing in the upper echelons of the Fortune 500. Aramark has taken a massive transformational journey, repositioning the business from every angle, and the 2.5-minute anthem is a beautiful cinematic illustration of the company’s Performance, Purpose and the Promise of the future. The film was shot in a widescreen cinematic aspect ratio on the Red 8k system.  In all, 15 Aramark locations across North and South America were showcased to represent the major Aramark business sectors and the strength of the 270,000-member global team. All of the people on camera are actual Aramark employees and customers. Going forward, the piece will serve as the company’s marquee corporate identity anthem for all constituencies. 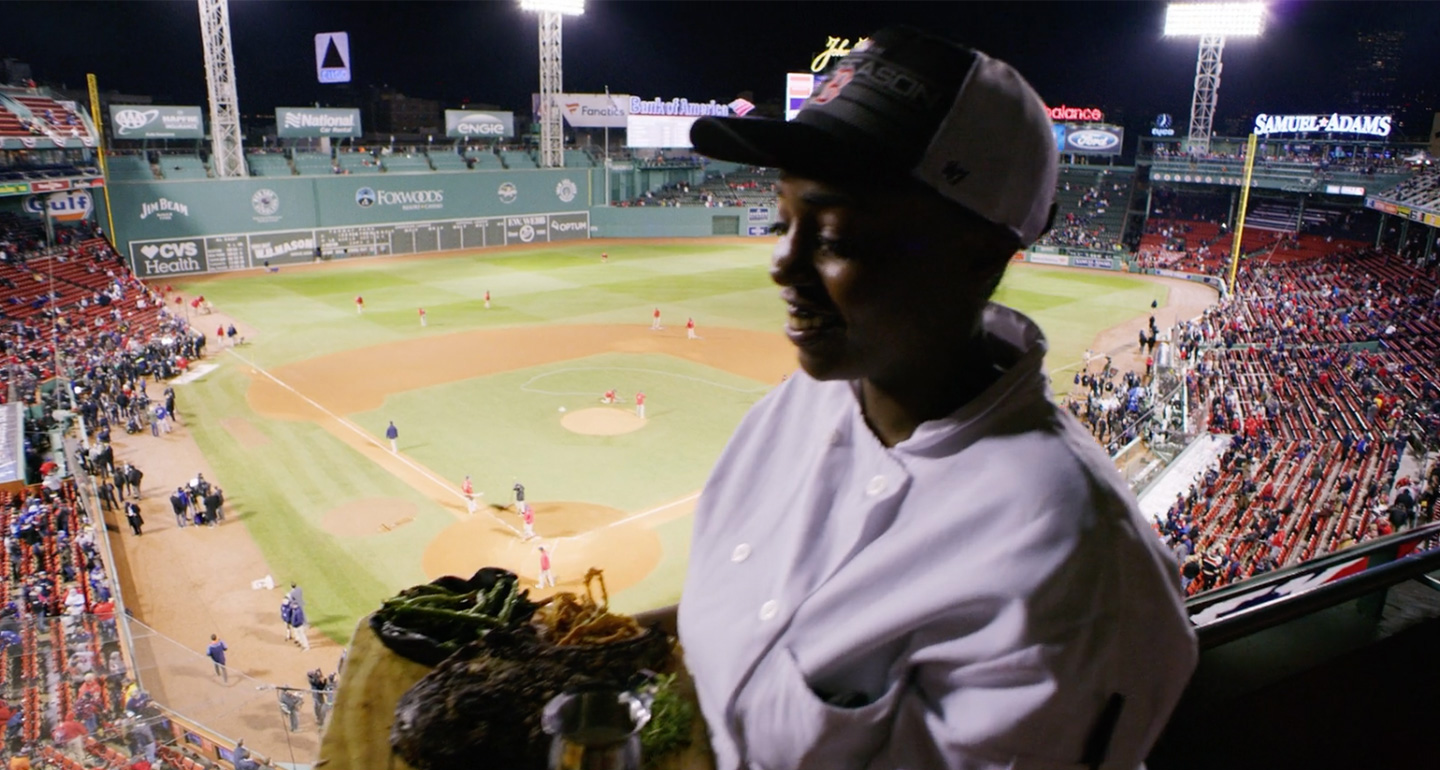 With the film in production, EVI’s keynote design team began work on a set of custom presentations to support the onstage messaging. The entire Aramark leadership team would be featured, and the challenge was to support each of them in a way that augmented the detailed information being delivered, while maintaining context with the overarching narrative of Performance, Purpose and Promise. The resulting work provided a highly creative and cohesive visual platform. 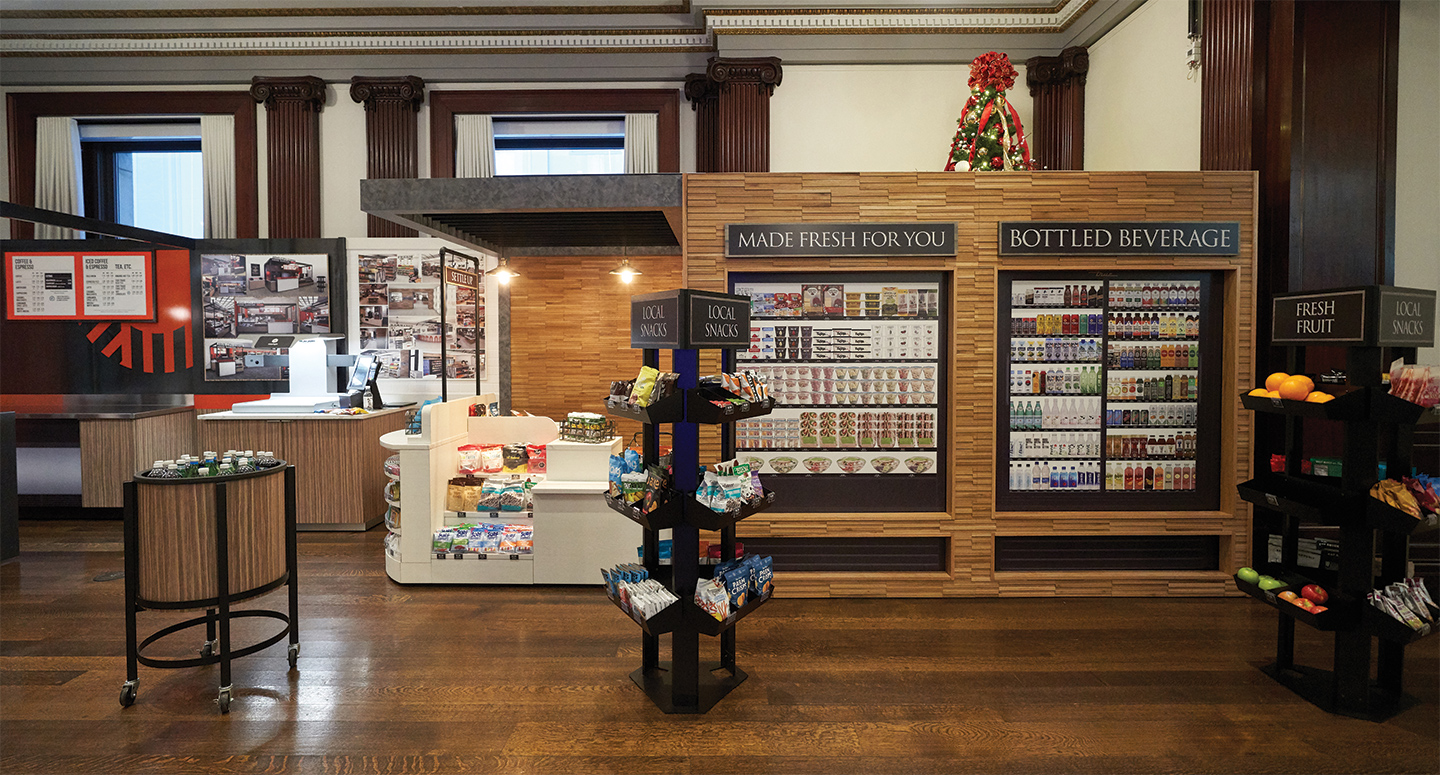 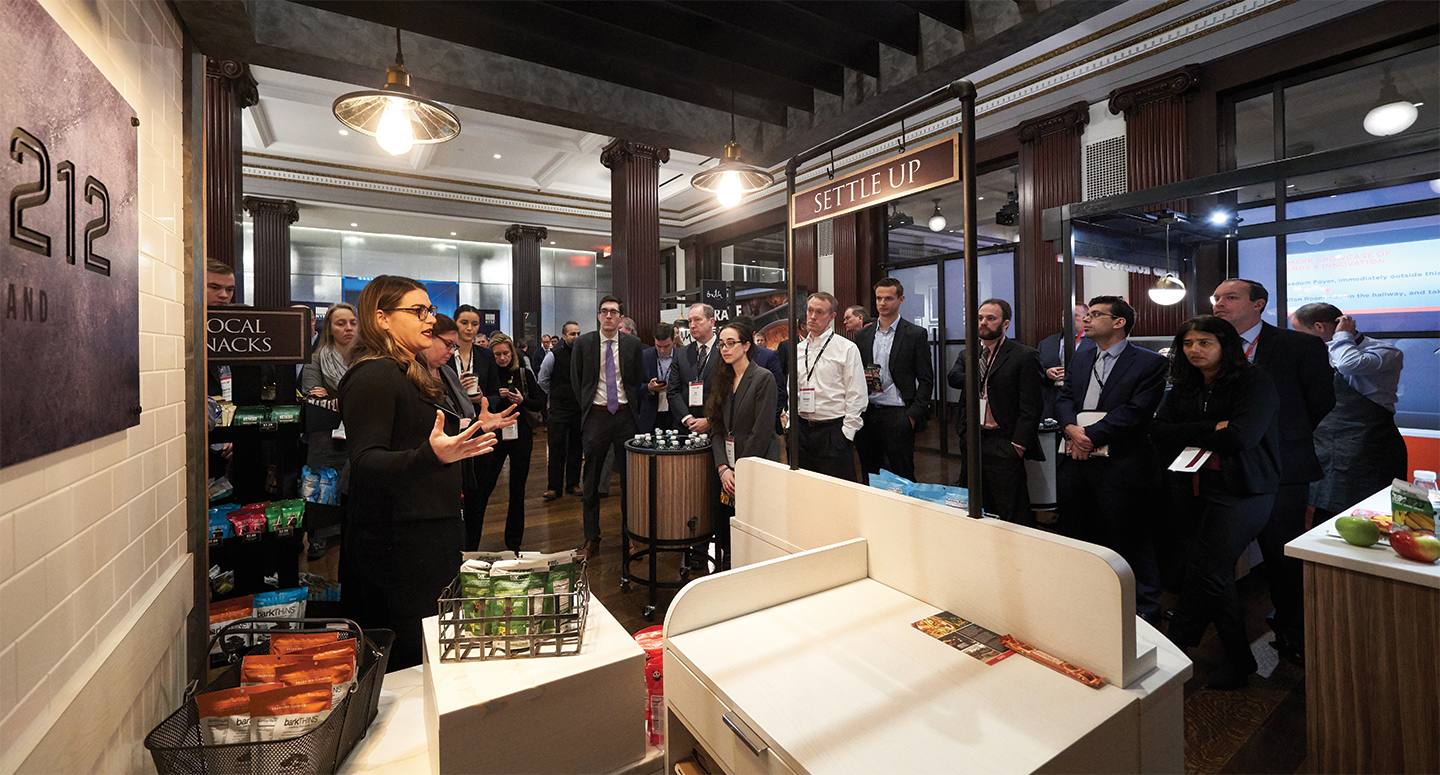 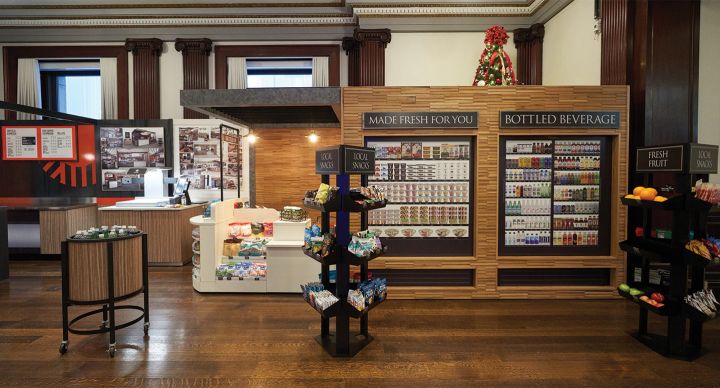 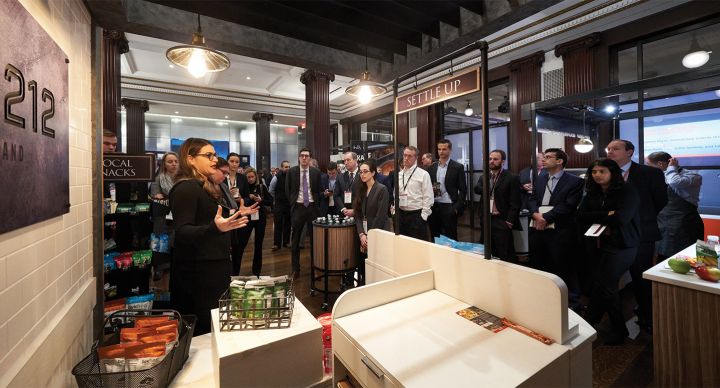 To complement the general session experience, Aramark and its exhibits team produced a robust set of displays and food stations for attendees to explore, providing a complete and compelling portrayal of the company as a global leader in the food, facilities and uniform services industry. 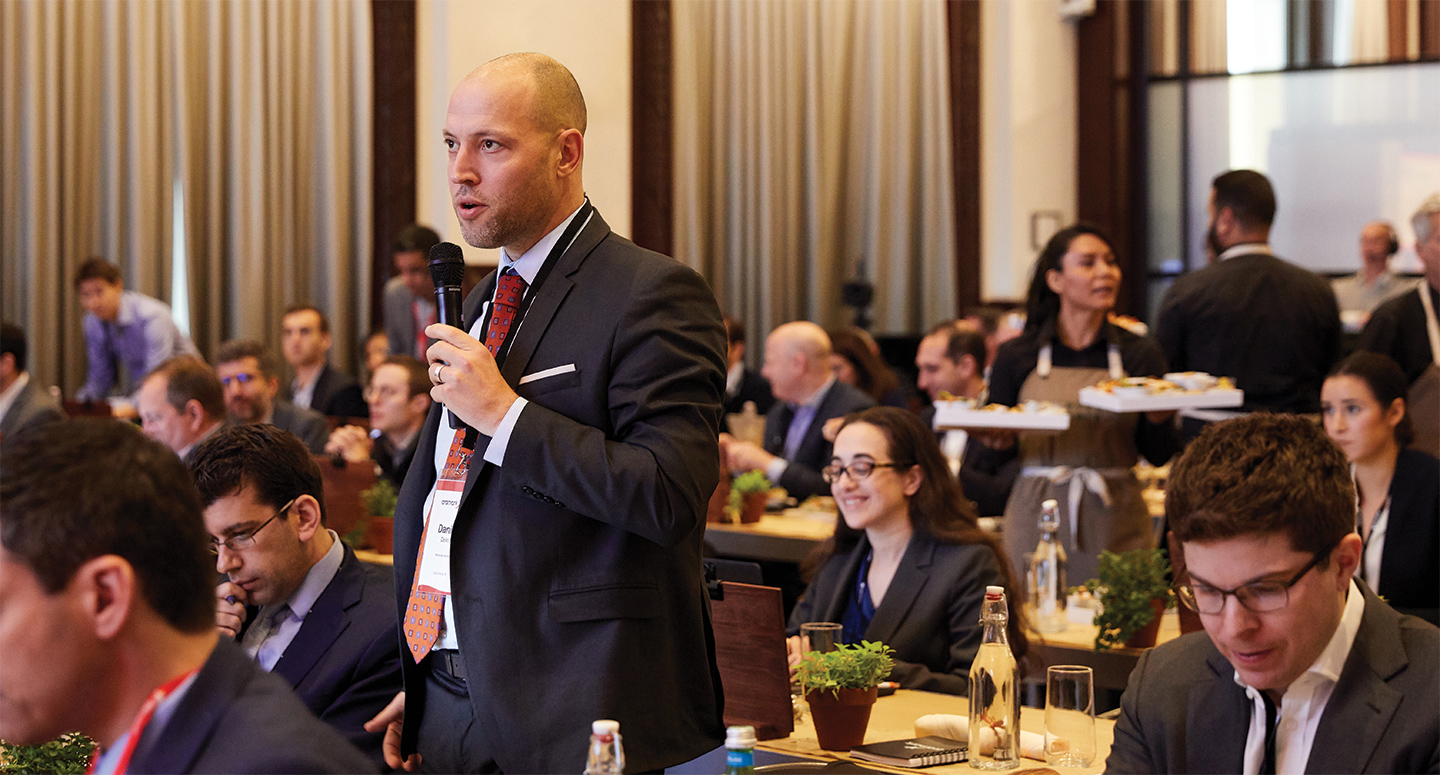 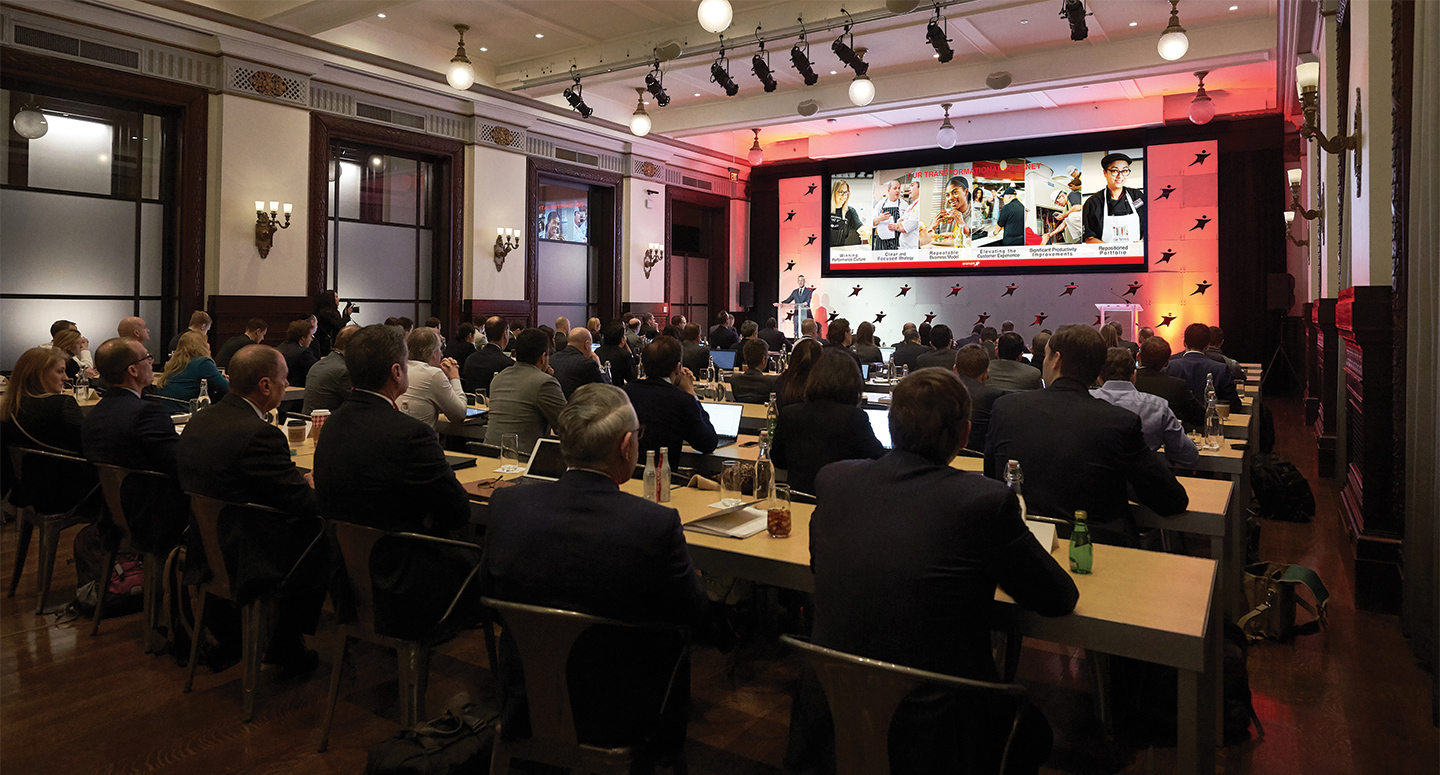 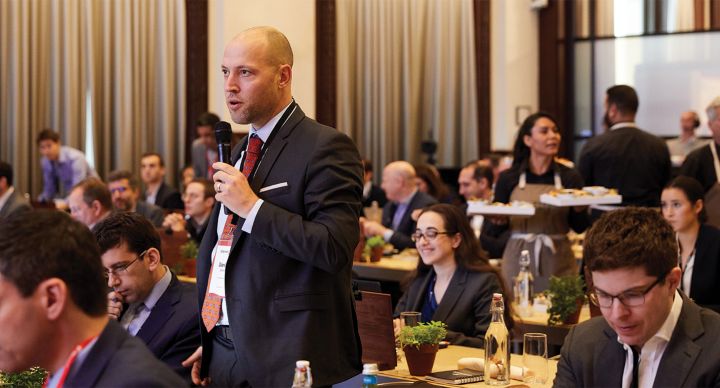 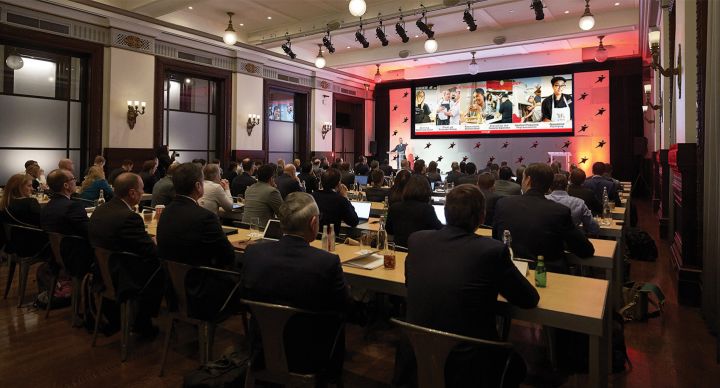 Demanding audiences and conditions like those at Investor Day require performance at the highest level ...and that’s a level that EVI and Aramark deliver day in and day out. It’s that kind of focus and performance that have created a long-running collaboration that continues to set new heights in experiential marketing. 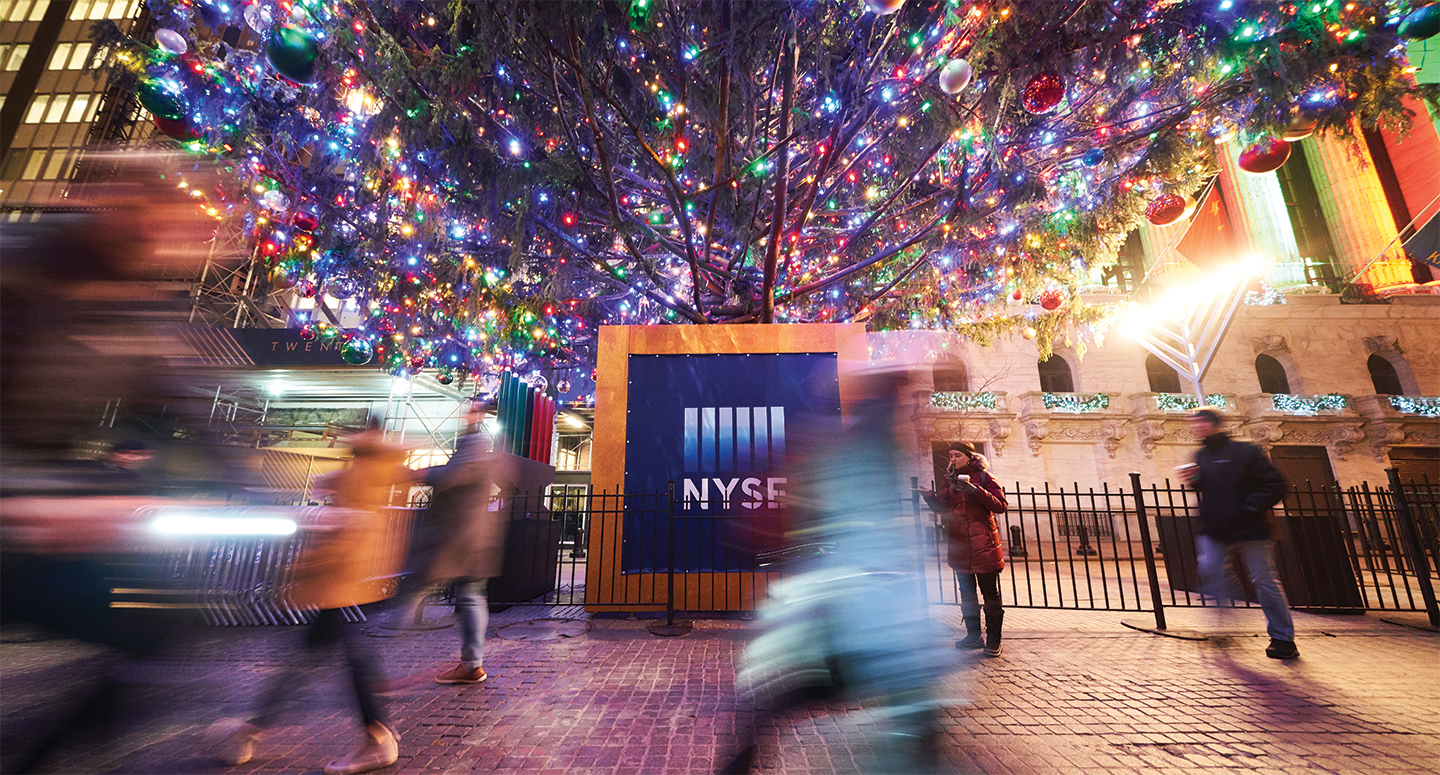 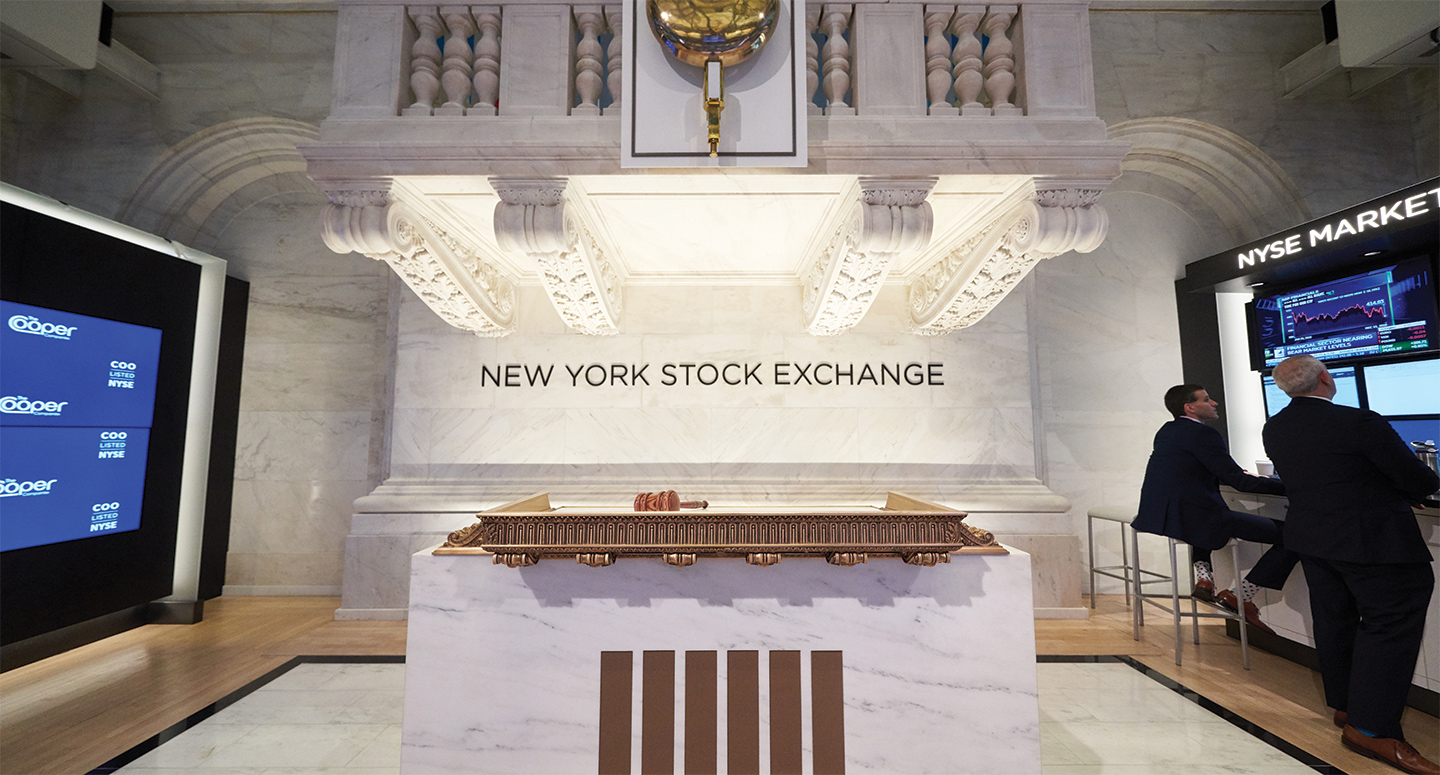 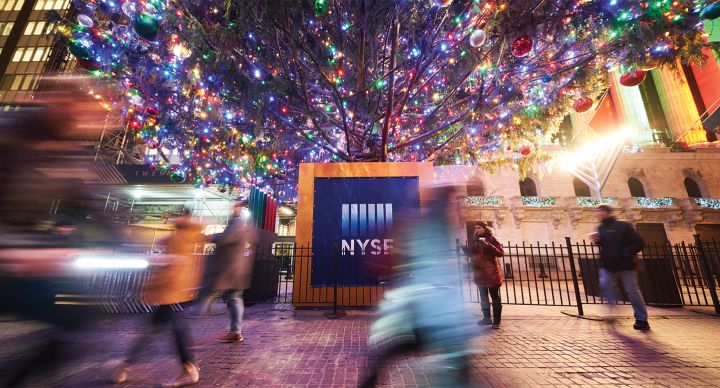 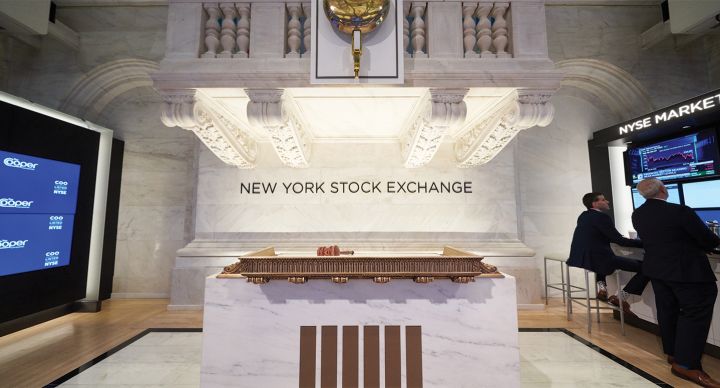 View video: Aramark...We Have a Destiny to Reach