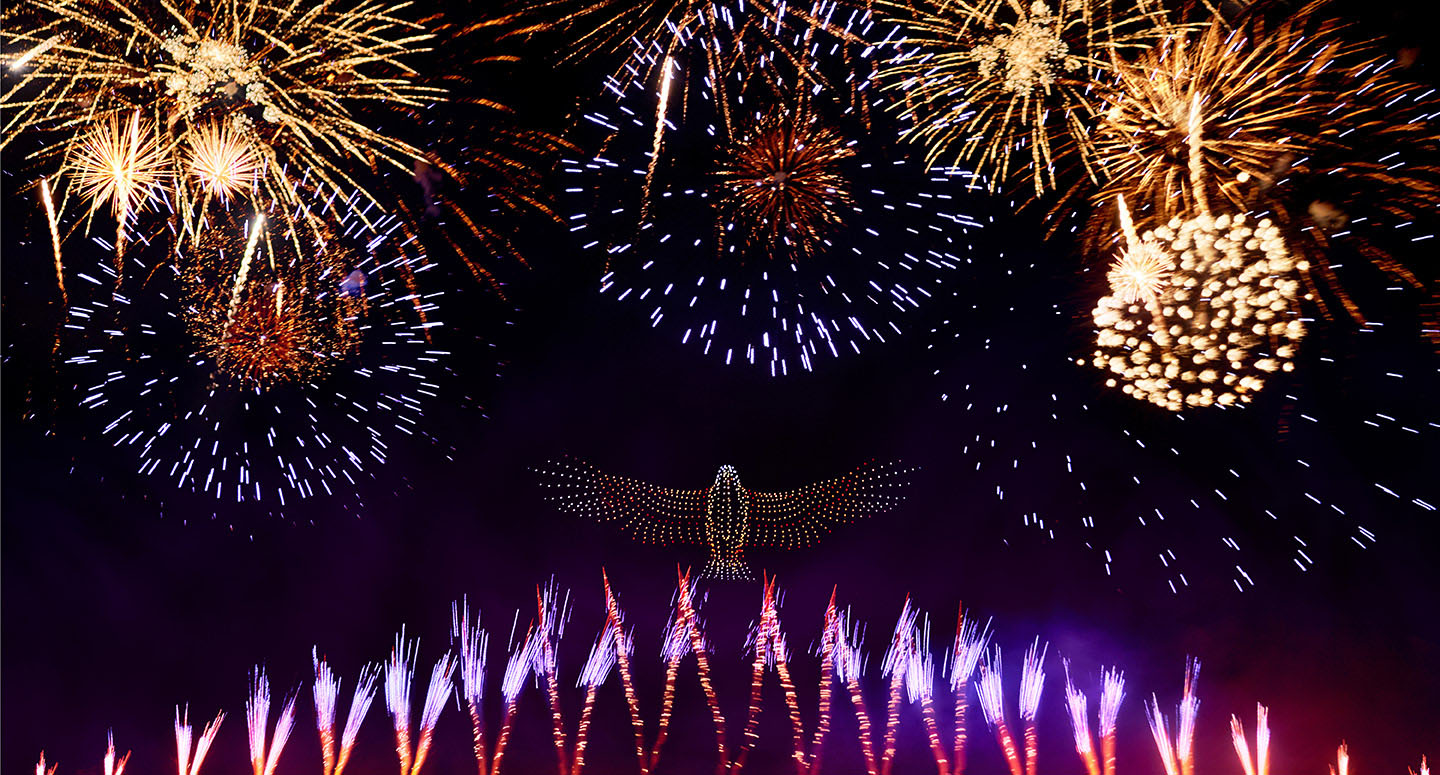 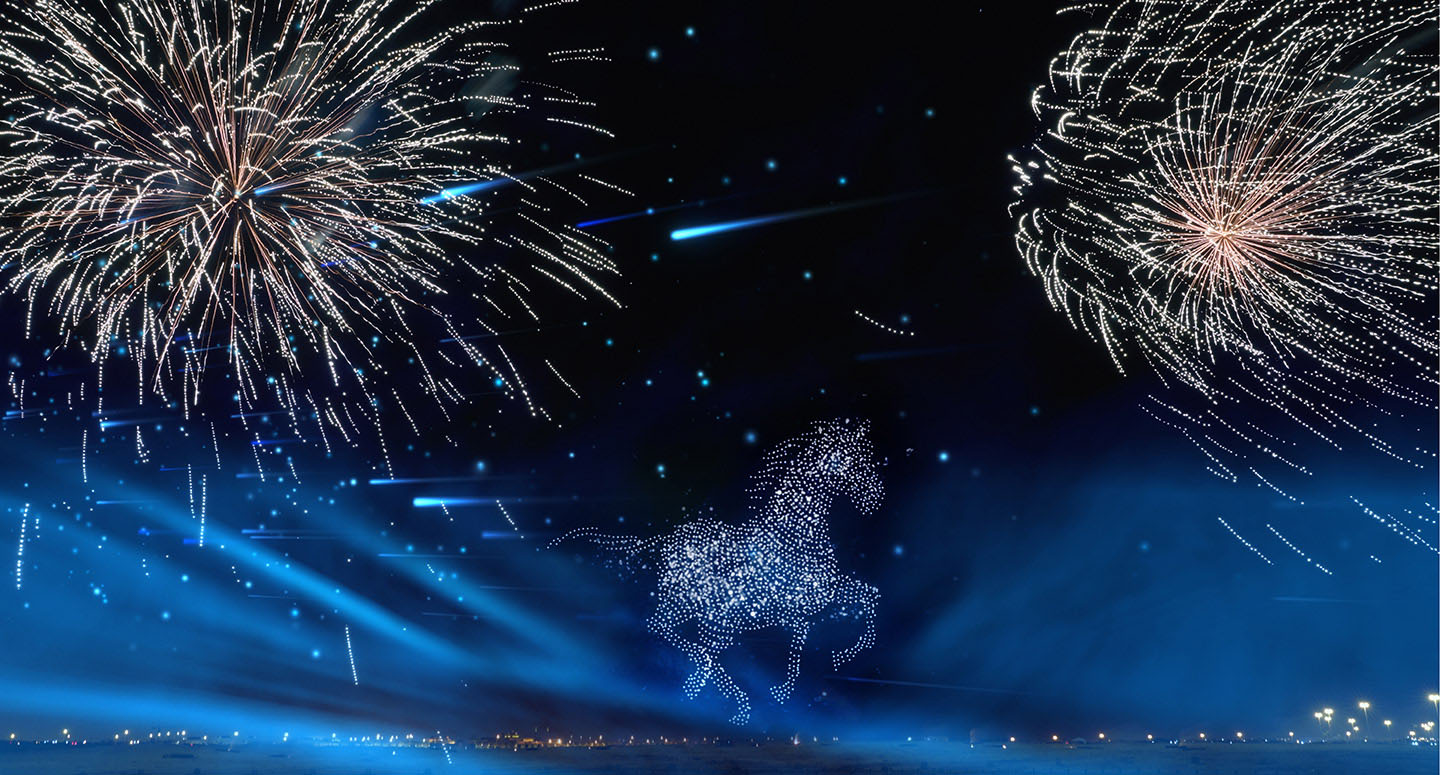 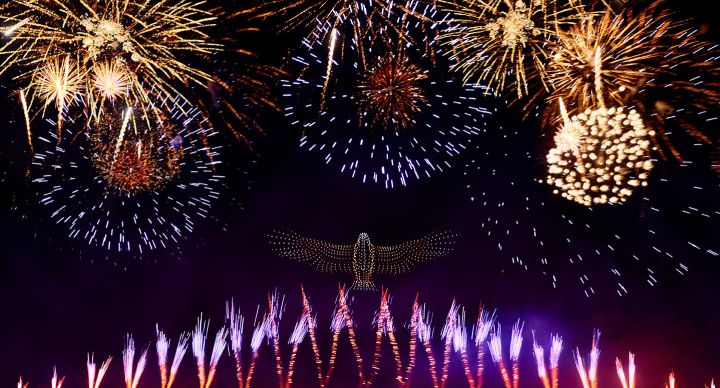 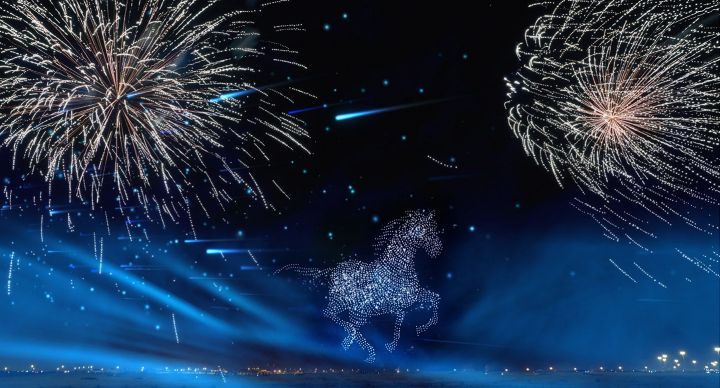 In 1727, the emirate of Diriyah was born as the first of three Saudi states. The city-state was transformed by Iman Mohammed into a nation-state, bringing peace and unity to the wider Arabian Peninsula, culminating two centuries later in the foundation of the Kingdom of Saudi Arabia.

In January of 2022, the Custodian of the Two Holy Mosques, and King of Saudi Arabia, Salman Bin AbdulAziz Al Saud issued a Royal Decree for the celebration of the Founding Day of the Kingdom, which took place three hundred years ago. Nation-wide celebrations ensued over a period of three days, from 22nd until 24th of February, 2022.

One of the premiere celebration events took the form of a massive sky show, created, produced and directed by Global Experiential Agency Executive Visions Inc. in partnership with Fireworks by Grucci, Inc. The team’s vision was to tell a beautiful story in the sky, accomplished with a stunning combination of specialized fireworks, pyrotechnics, grand lighting, a fleet of 3,500 LED drones and 500 Pyro drones. Key visual components symbolizing 300 years of history were crafted into a comprehensive story and gloriously portrayed across the night sky. A compelling narration and original sound score, written and produced by Bassem Rizk, accompanied the visual drama. The 20-minute spectacle was broadcast live across four leading networks in the region. 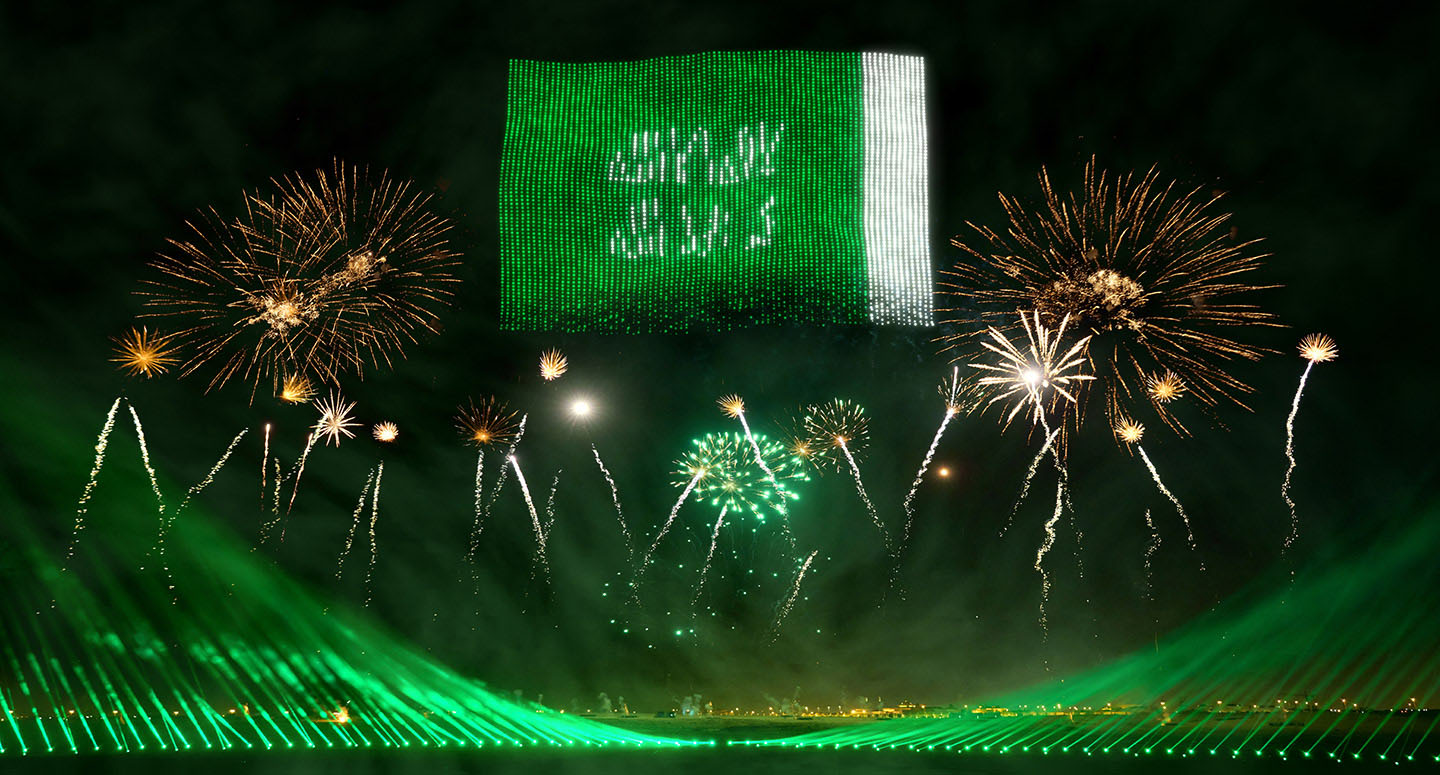 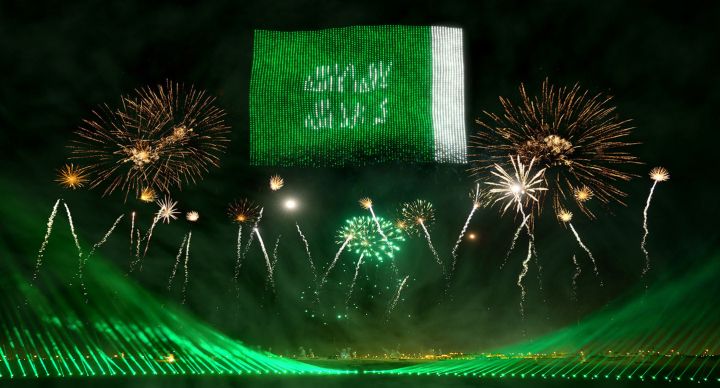 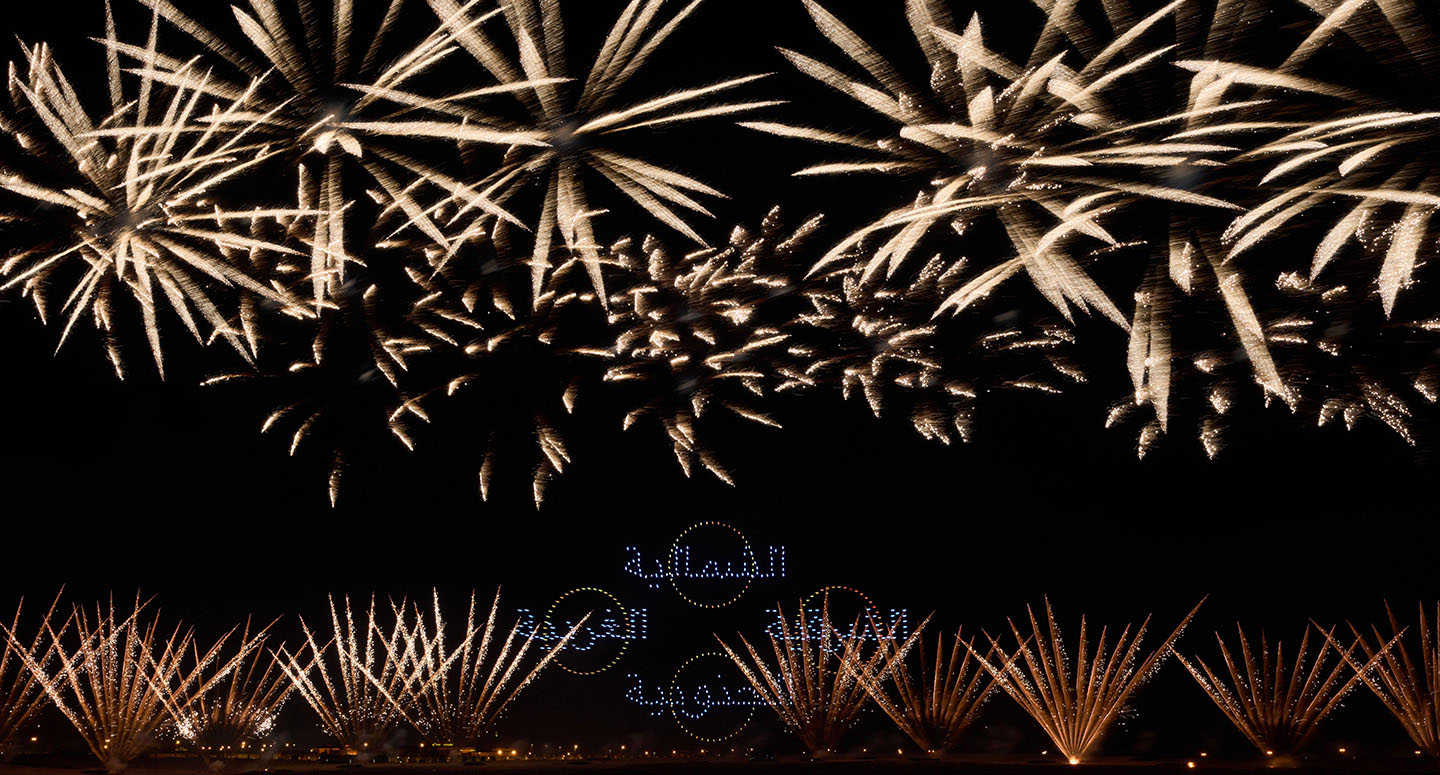 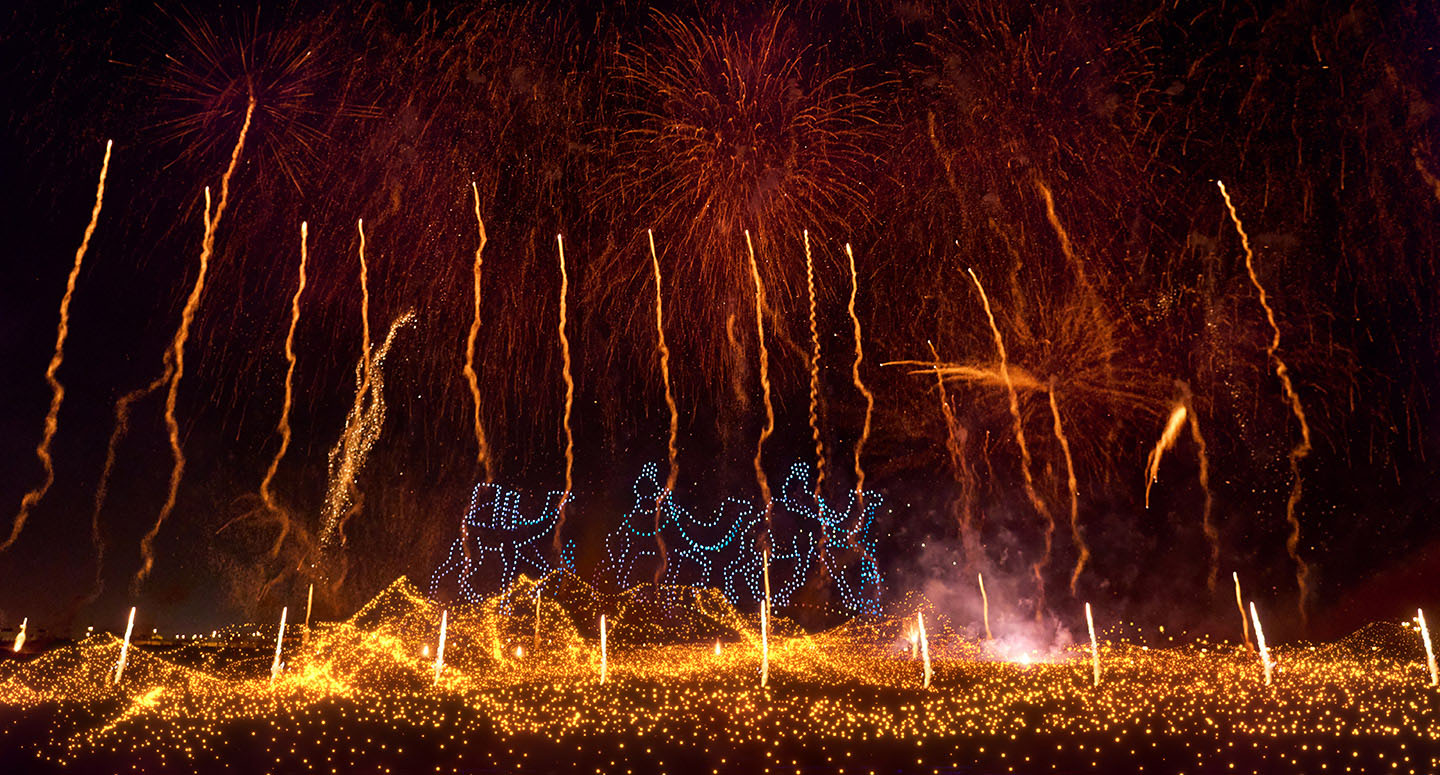 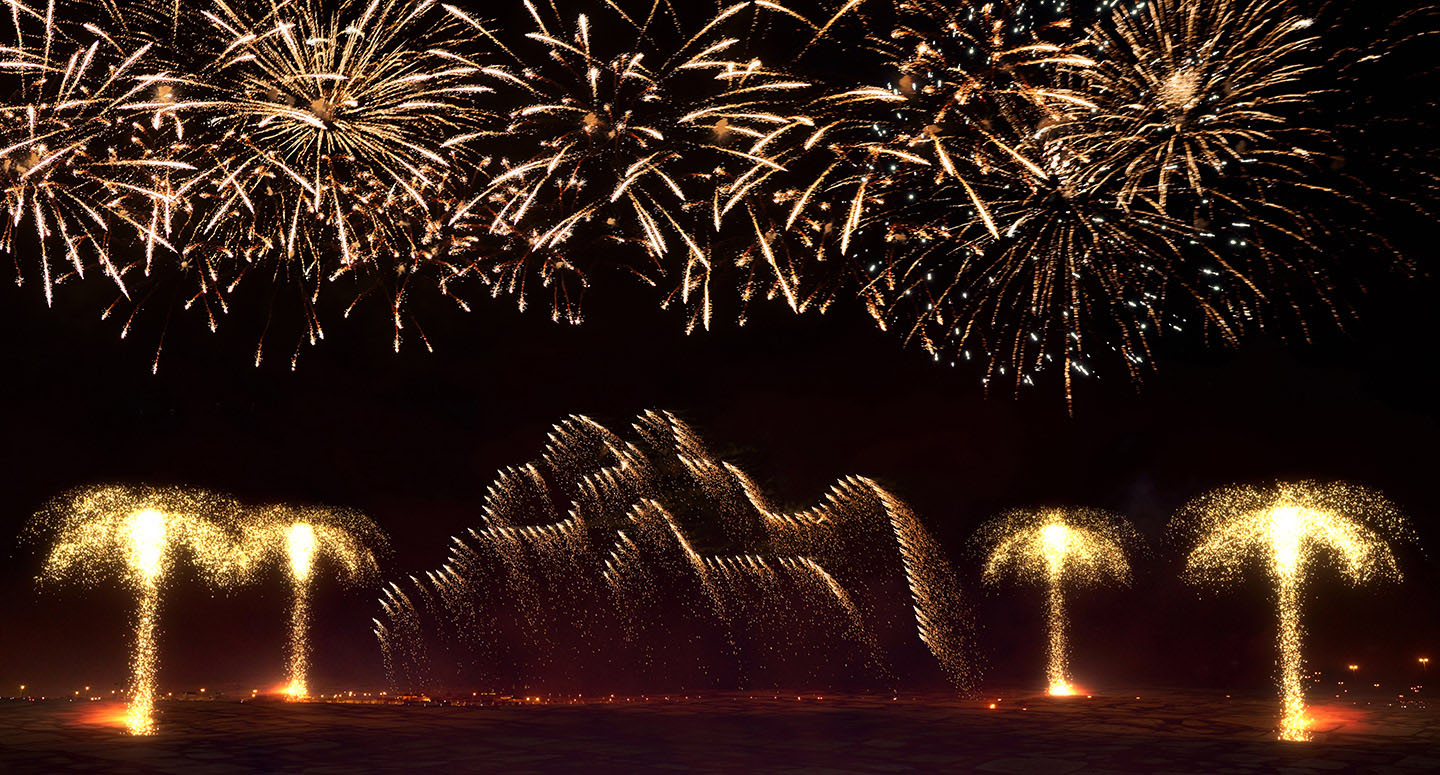 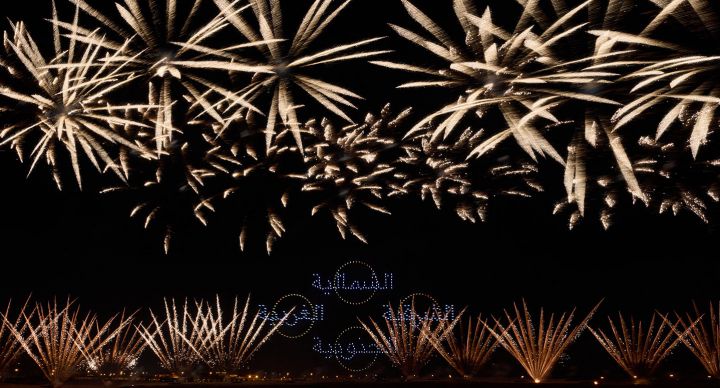 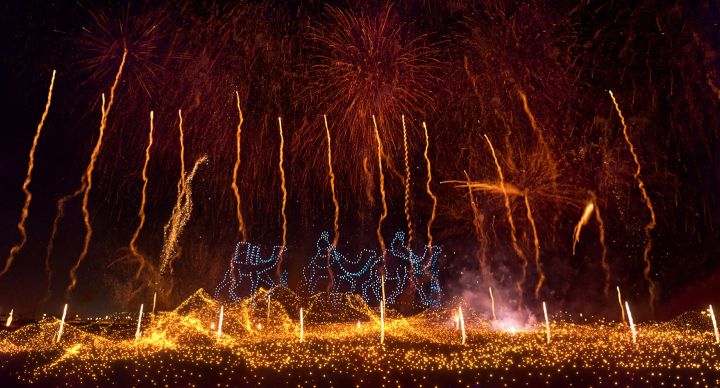 Adding to the emotional and cinematic story telling approach that EVI is famous for, we created an original music score for the entire show duration. The music featured traditional Saudi instrumentation, elegantly married with contemporary melodies to keep the tempo and melodic sounds exciting and explosive throughout.

EVI carefully and ingeniously created special graphics for the broadcast that were layered into specific moments of the show, adding excitement and context for the millions of broadcast viewers. 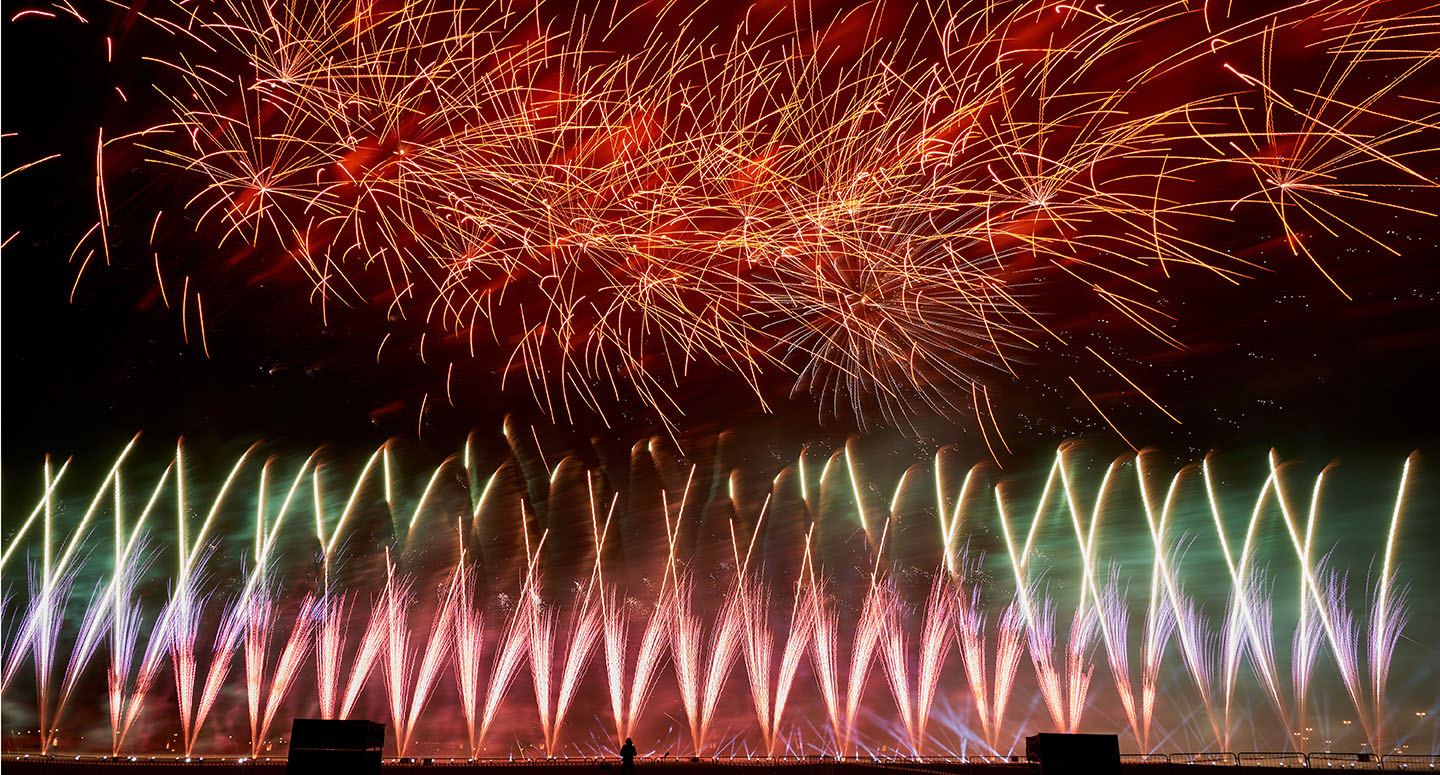 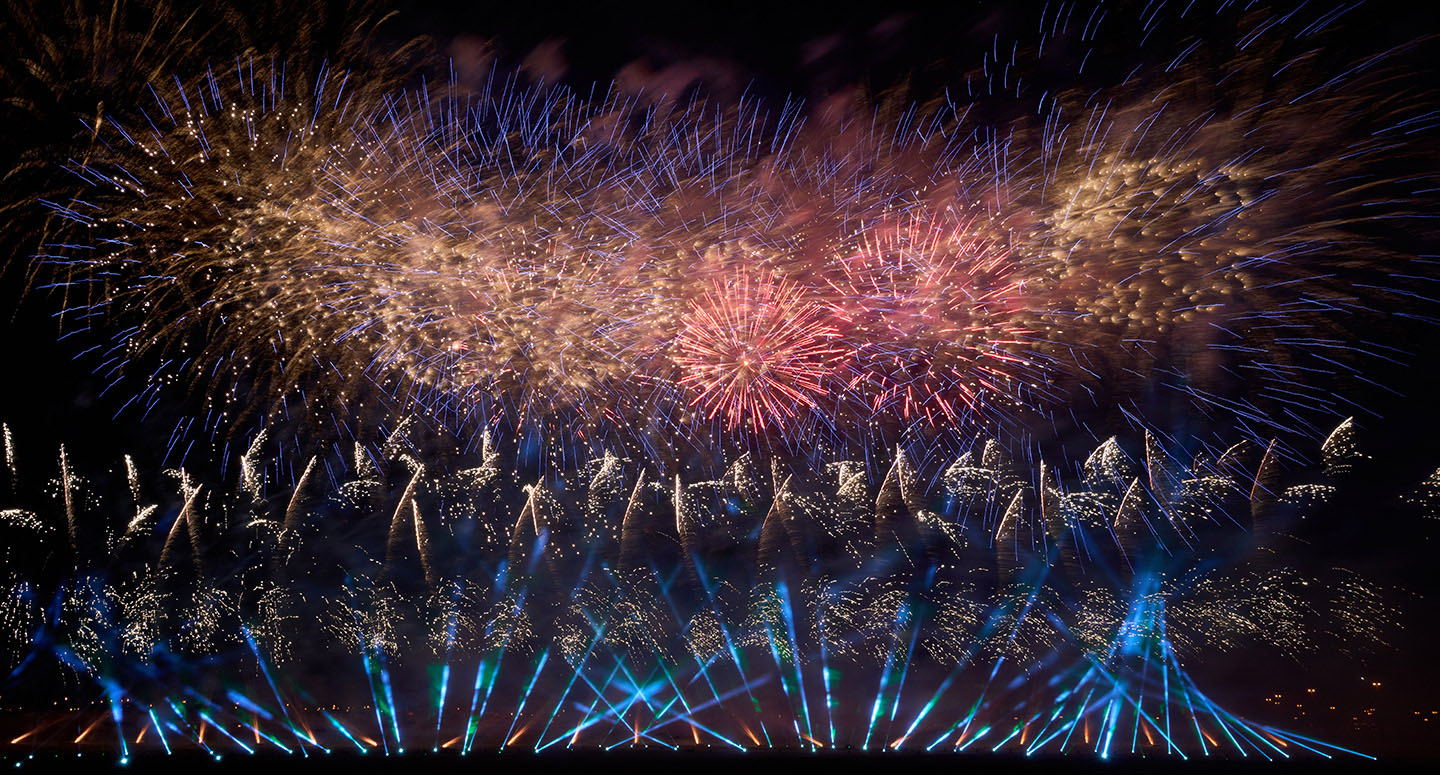 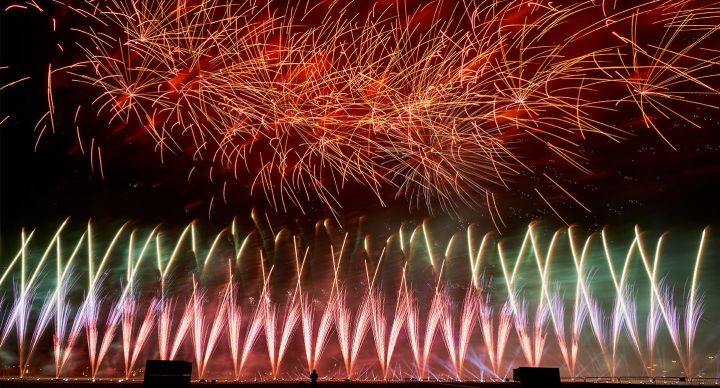