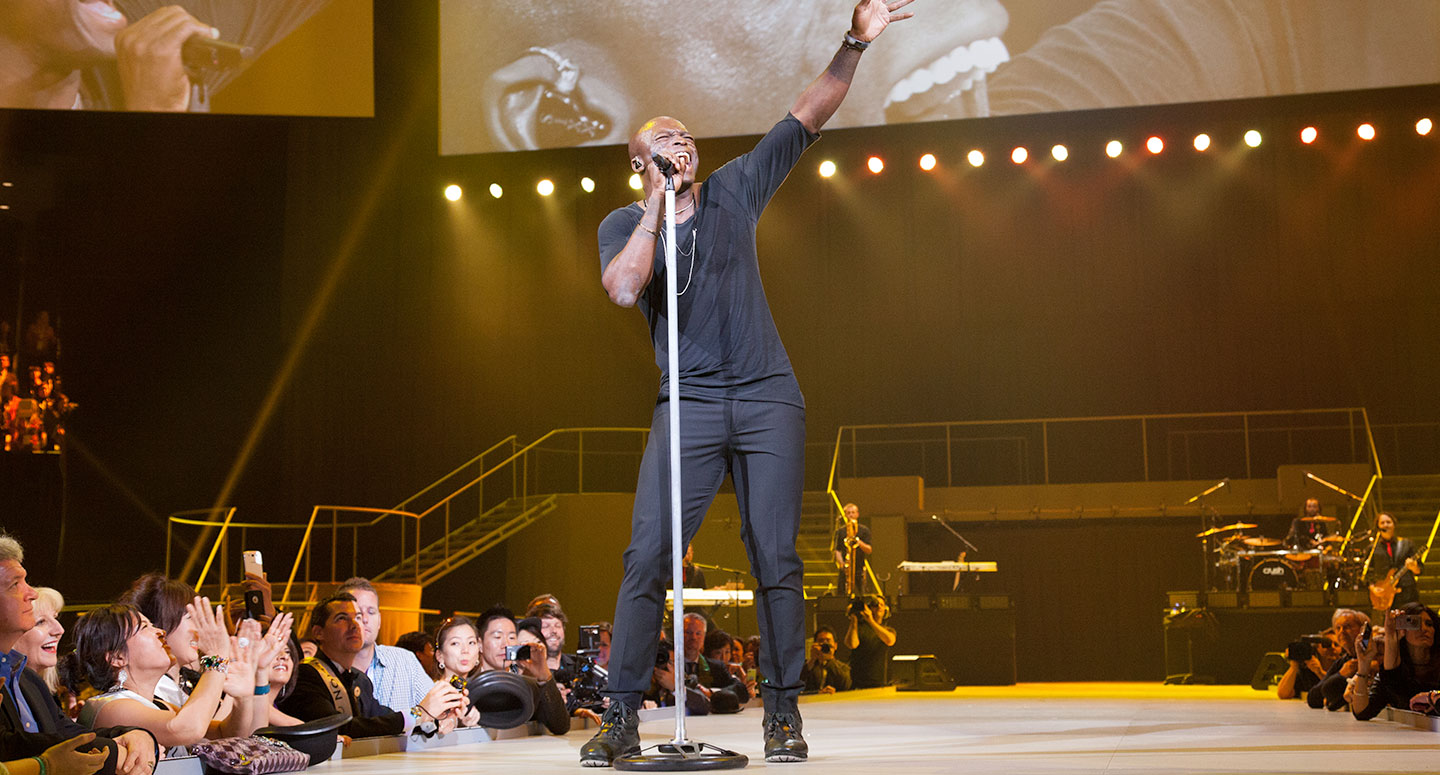 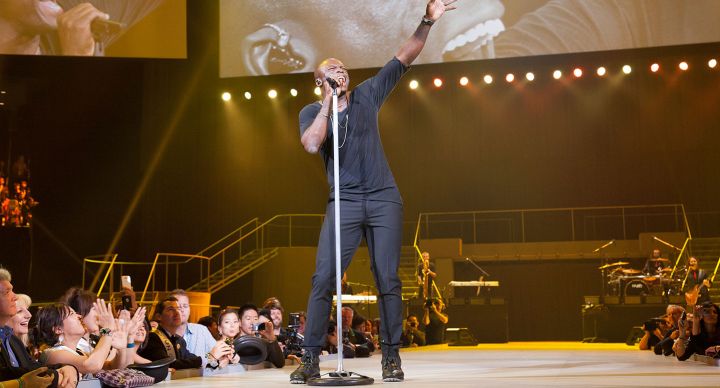 Nu Skin is on a mission to “Create History” by becoming the world’s leading direct selling company. With an innovative concept of premium quality products and the immovable commitment of its distributors, the company has grown into a multi-billion dollar enterprise.

Every two years, 15,000 of the company’s top achievers from every corner of the globe gather in Salt Lake City to immerse themselves into the enriching, uplifting culture that is Nu Skin. 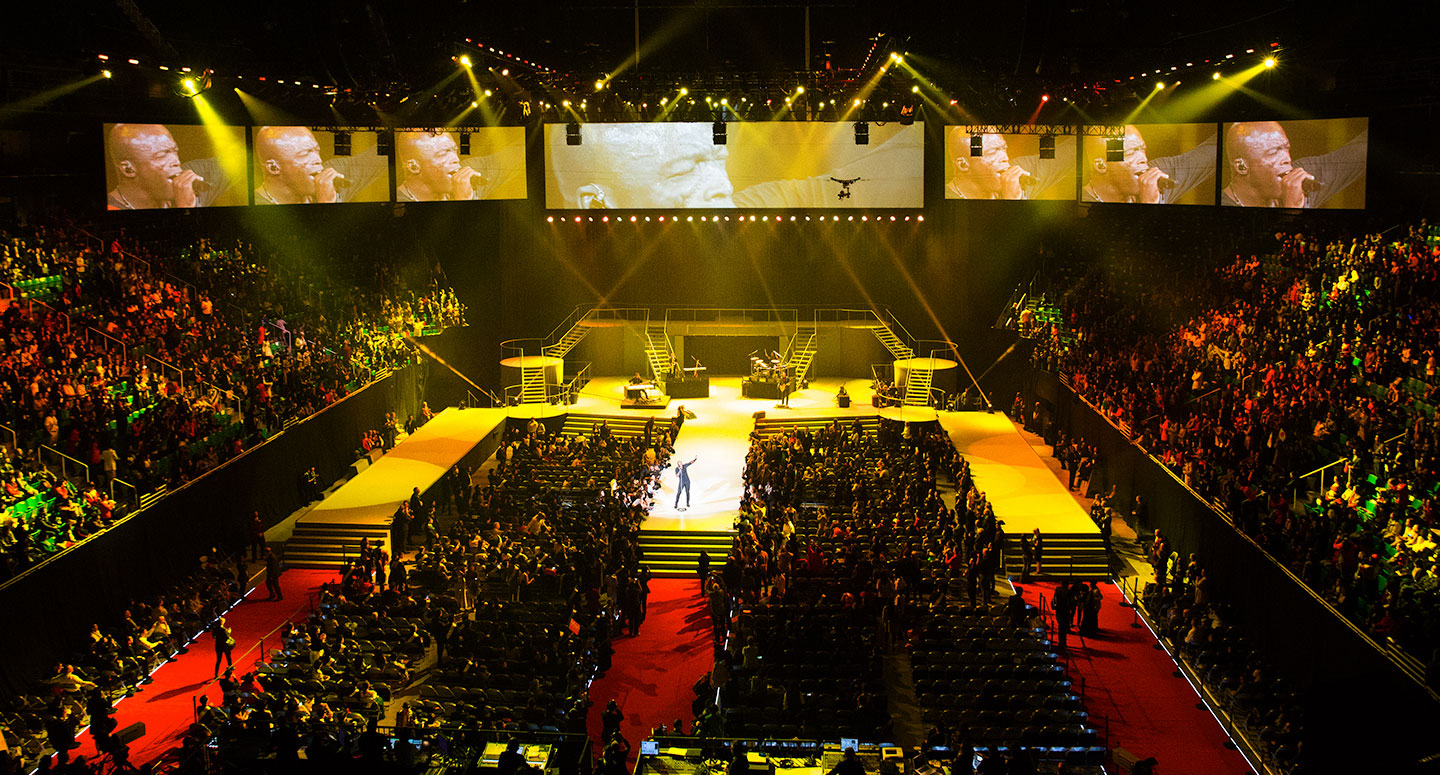 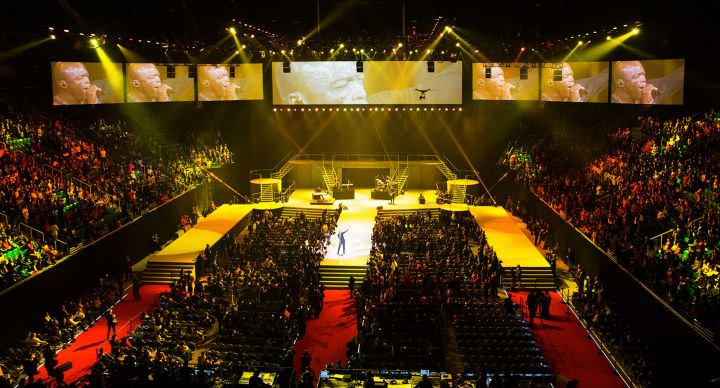 The Global Convention is of enormous scale and magnitude. Held in the Energy Solutions Arena, the legions gather as “one” for three solid days of visionary keynote addresses, product launches, recognition, motivation and entertainment.

Leveraging the tremendous success of the 2011 Convention, Nu Skin again partnered with Executive Visions to develop, design and produce every aspect of the event. 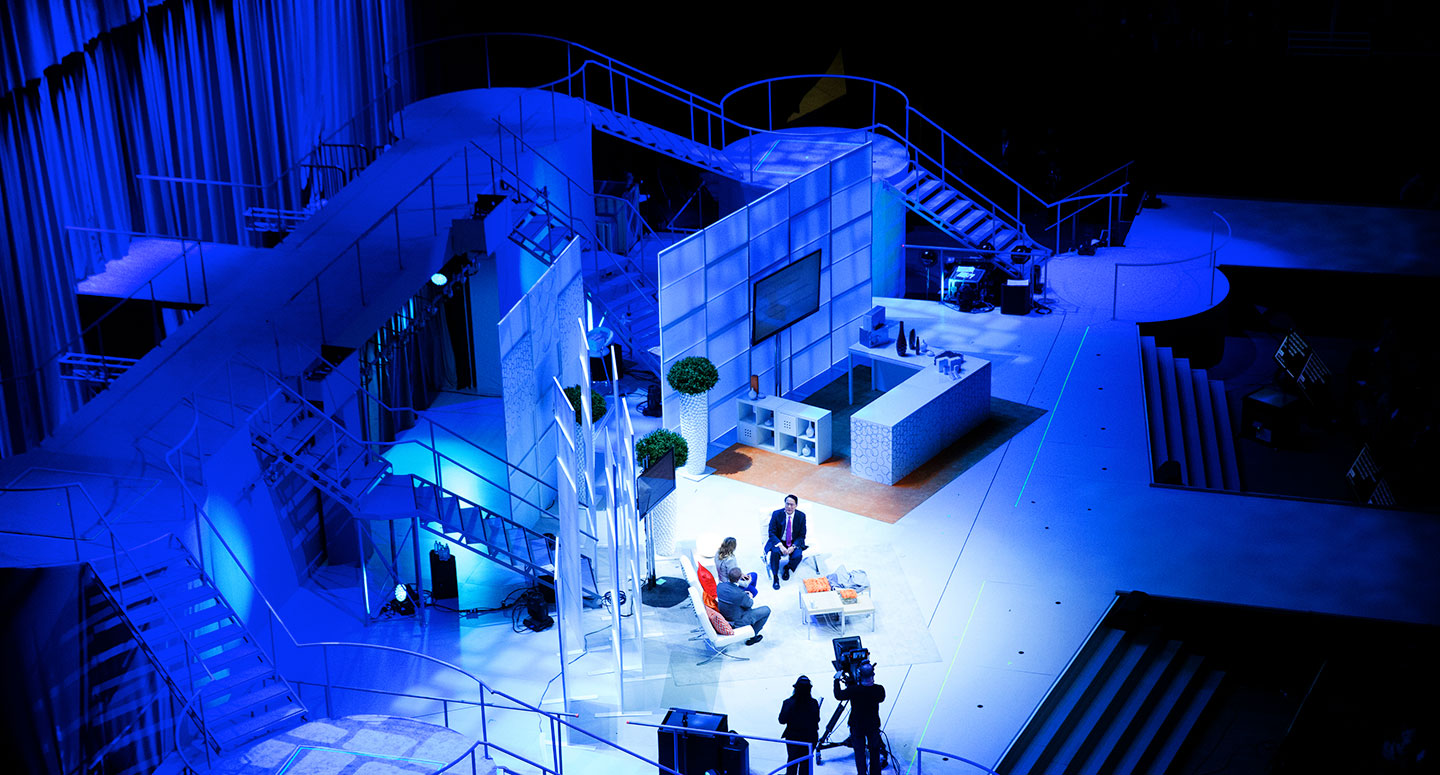 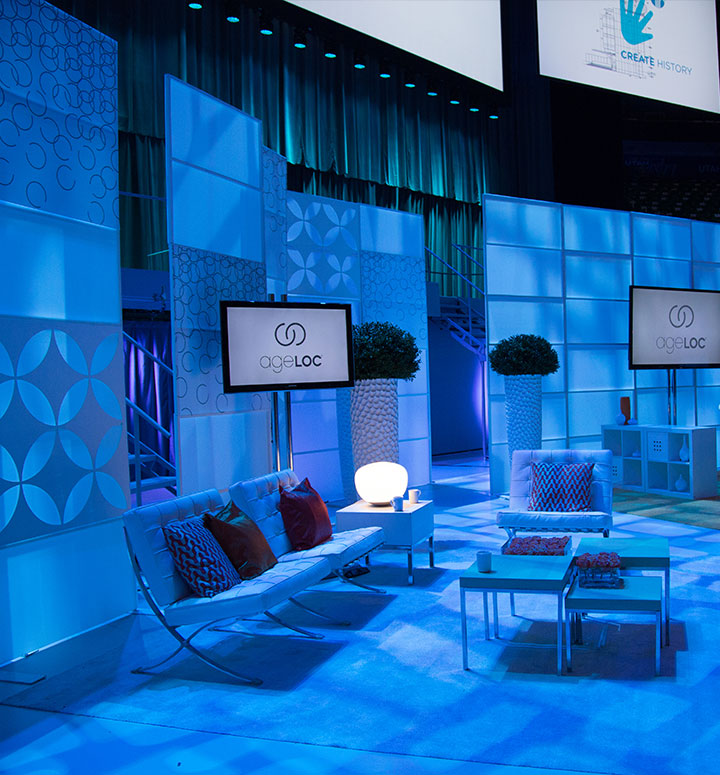 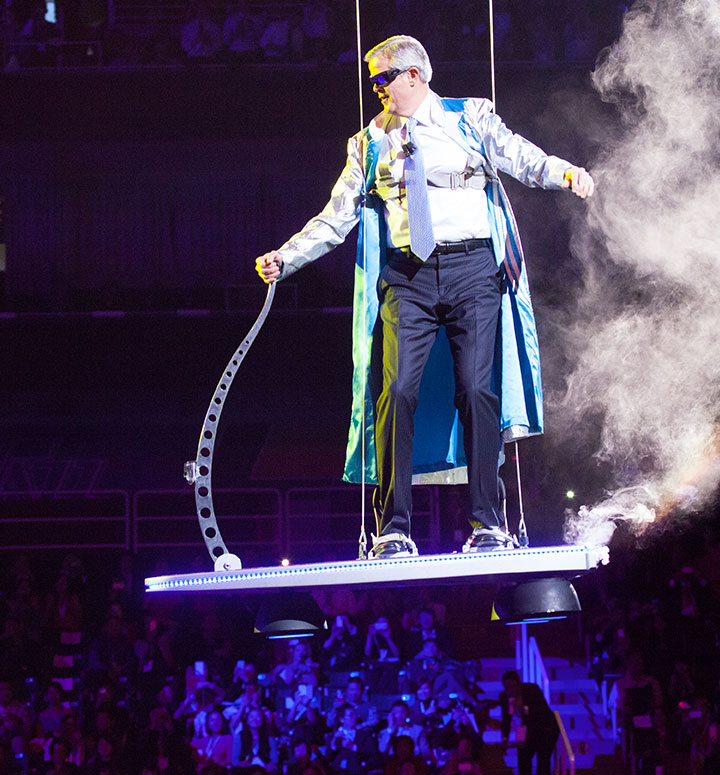 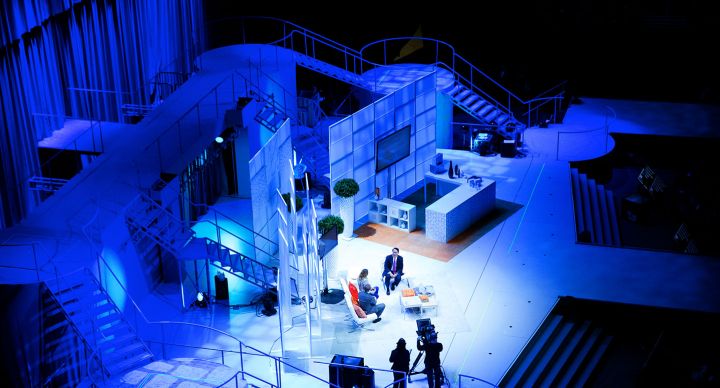 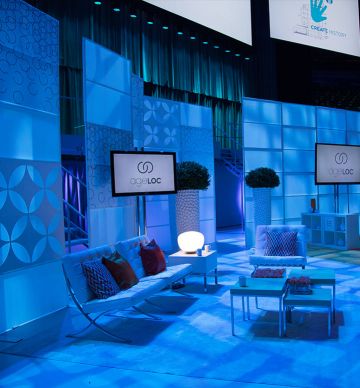 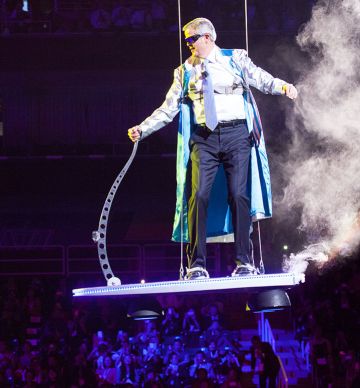 The production was based on a massive and technologically advanced platform, designed to play host to the multitude of diverse programming elements, ranging from executive presentations, theatrical numbers and broadcast television style segments…to product reveals, recognition and entertainment. Projection screens spanned the width and height of the arena providing a magnificent backdrop to envelop the audience and provide intimate views from every seat.

The team played to the scale of the venue by creating dramatic aerial elements for the show. Kicking off the convention was a dramatic musical performance by performing artists William Joseph and Caroline Campbell, who descended from the ceiling while rocking the crowd with a custom arrangement of Led Zeppelin’s “Kashmir”. 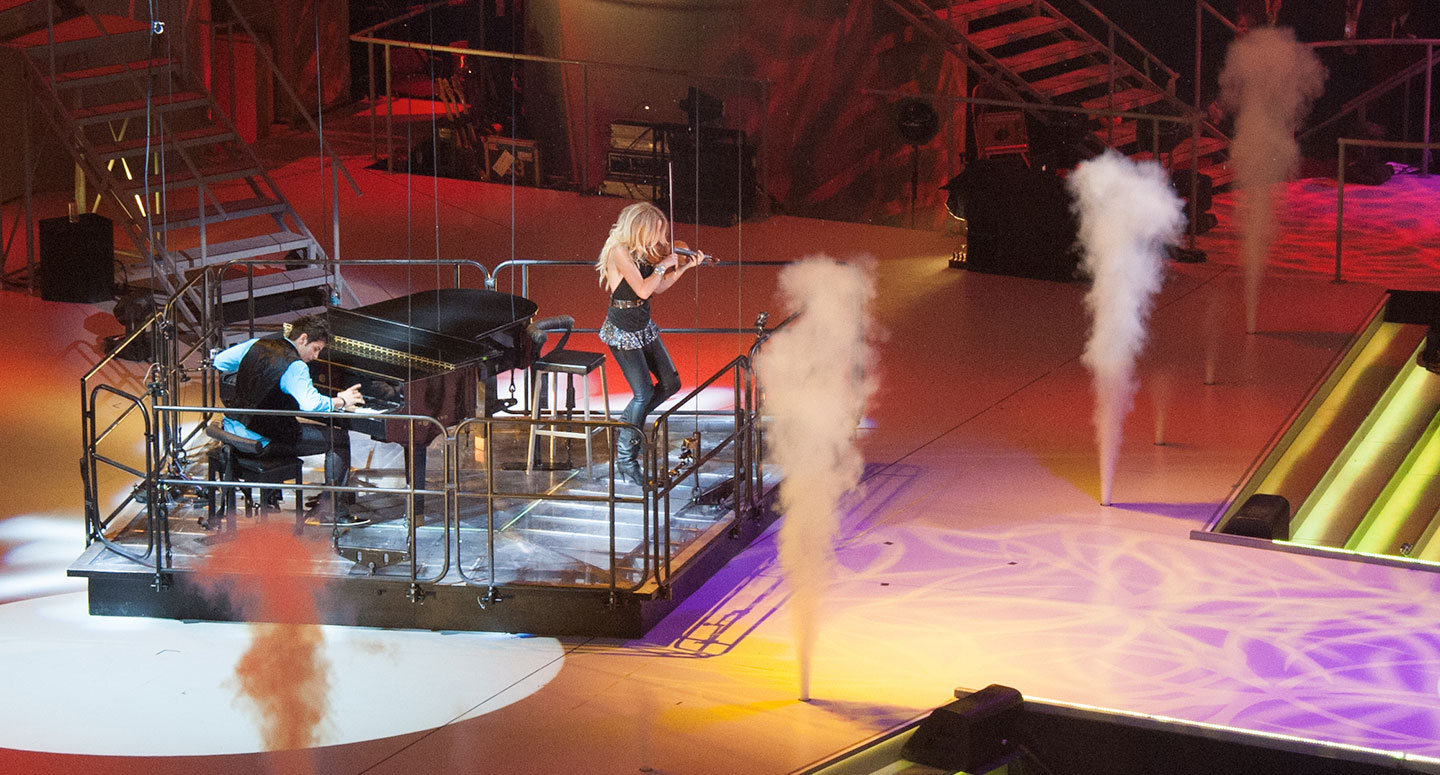 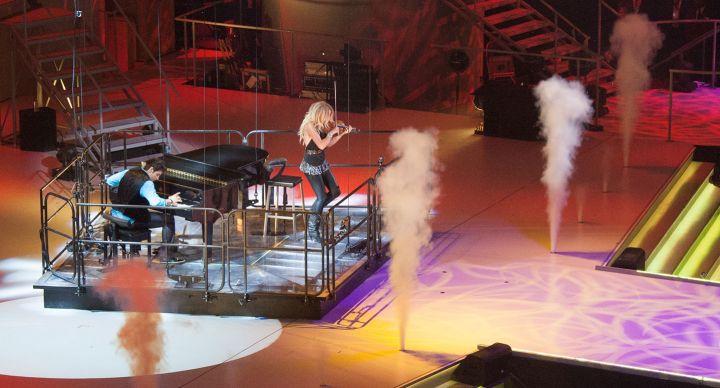 Nu Skin distributors are highly passionate about their businesses, and every second of their experience at the convention must be choreographed to perfection. Expectations are high for the general session productions, with recognition and interaction playing key roles. In fact, one of the biggest challenges was designing a way to provide meaningful on-stage recognition for over 7,000 people. EVI’s creative team masterfully blended recognition with business and entertainment, spreading the moments across multiple sessions to ensure that each felt fresh and unique. Winners took the stage accompanied by live theatrical troupes, custom media and special effects entrances. Dance choreography and music compositions were all original creations featuring renowned artists. A series of 4k cinematic widescreen features were also produced for the event. 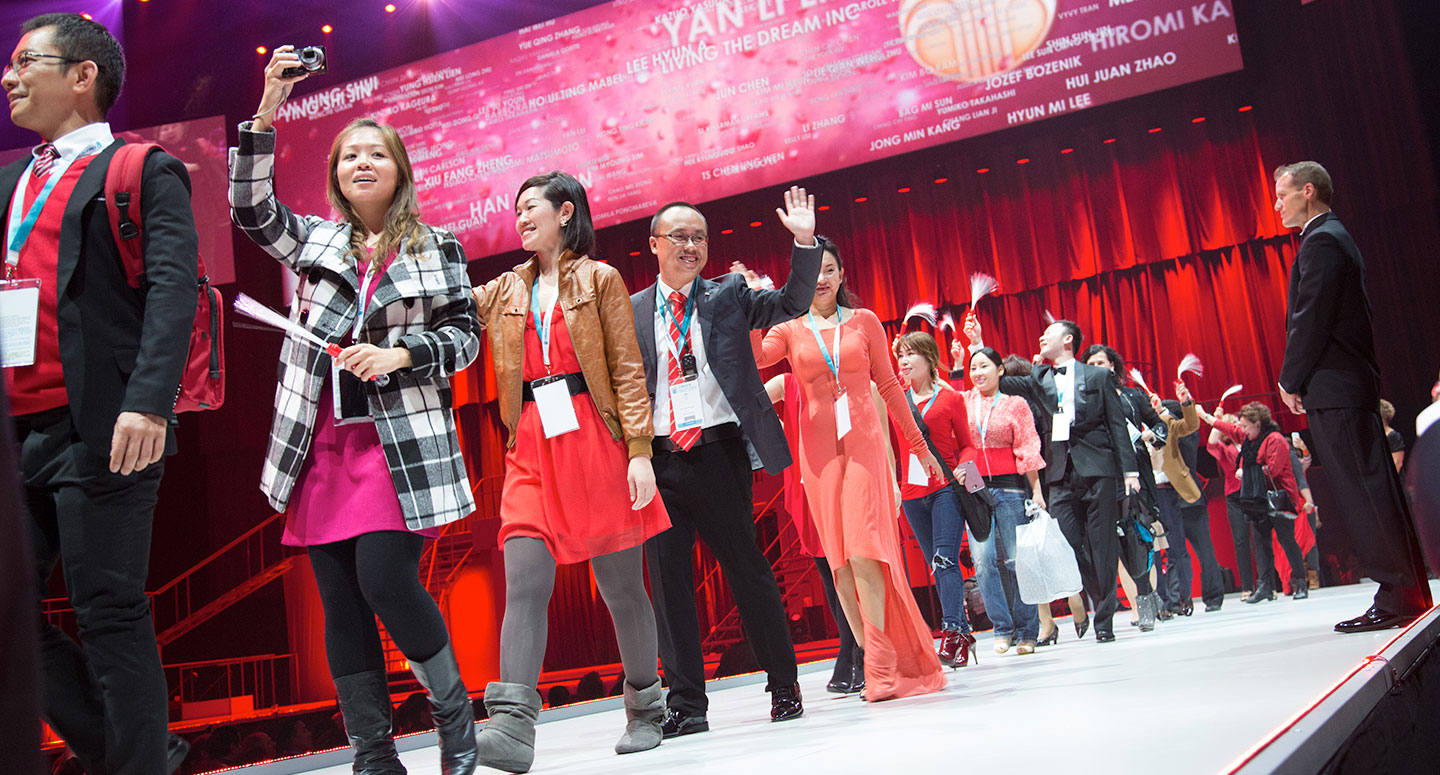 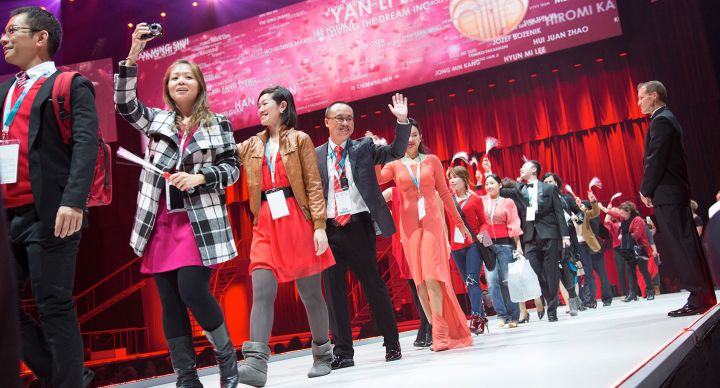 A final evening concert performance by global megastar Seal punctuated the significance of the group’s accomplishments.