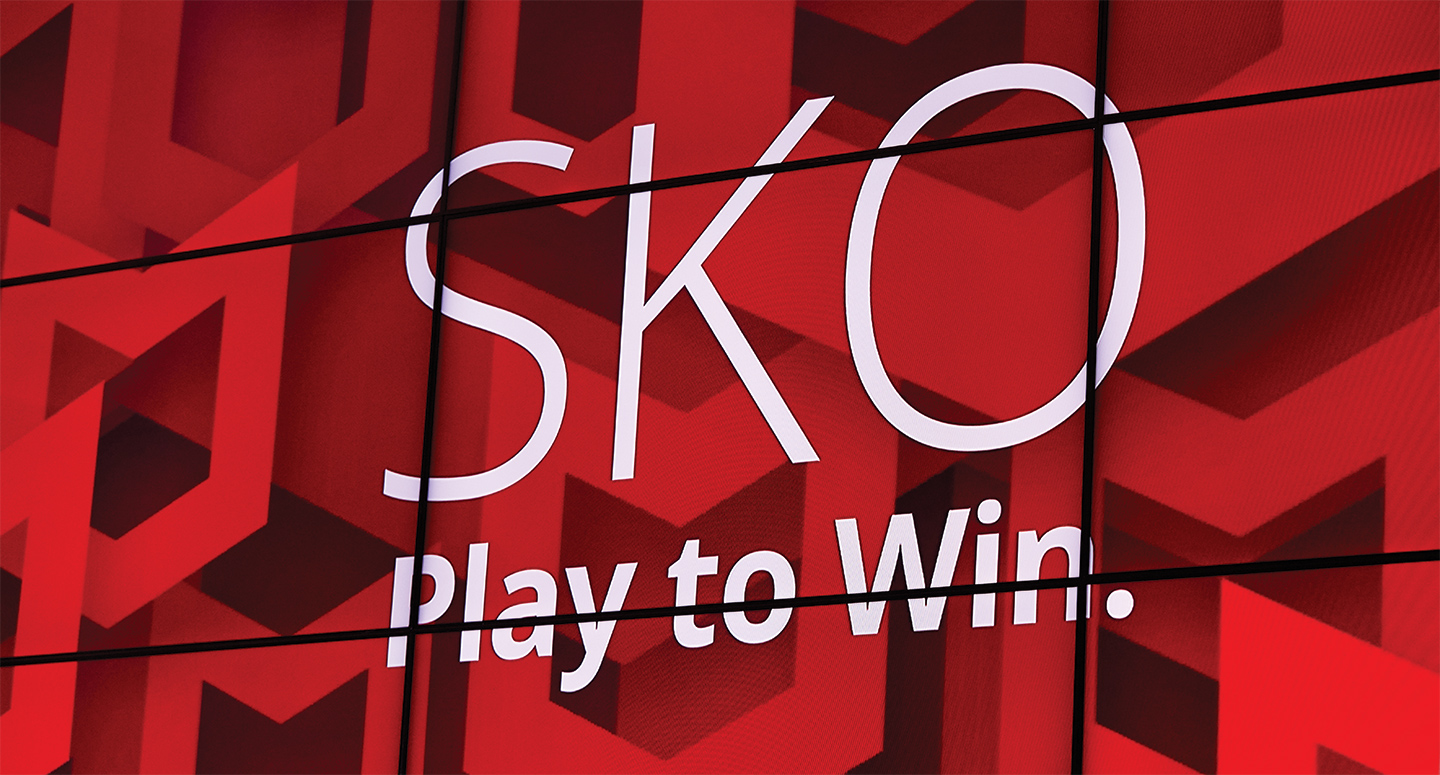 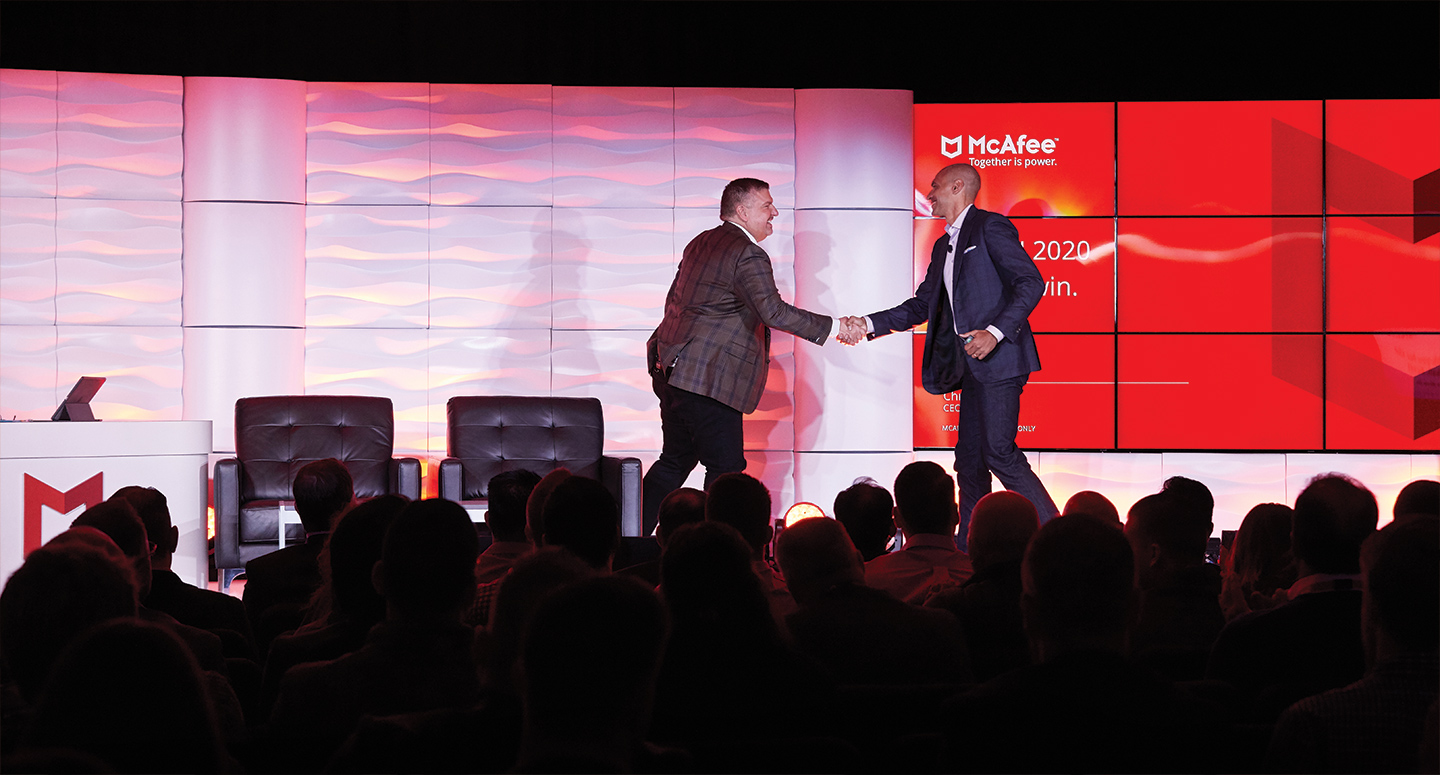 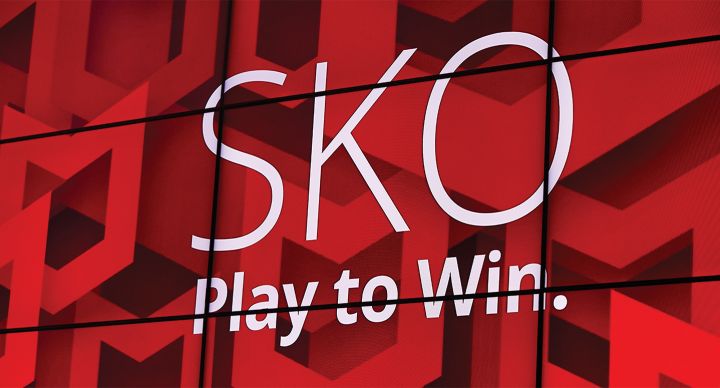 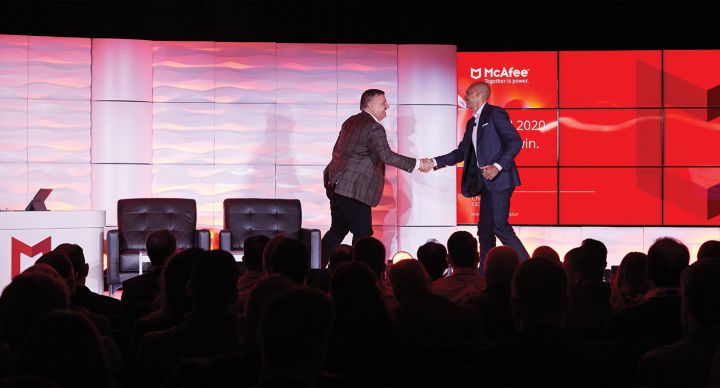 Experiential events take on many shapes and sizes. Although most events produced by the EVI team involve large gatherings of people at a destination, there are times when that solution isn’t practical, or even desirable.

McAfee’s Virtual Sales Kick-Off is a prime example. The sales force for the major internet security firm is scattered across the globe, and the goal is to launch each new sales year in a way that communicates in an engaging and motivating way without interrupting the sales process.

In cases like SKO, EVI uses its experience in broadcast television, taking the message to the global audience via network style webcasts. Just as with many of the EVI-produced Aramark Connect series of webcasts, the team took advantage of the client’s in-house theater, this time at the McAfee sales headquarters in Plano, Texas. 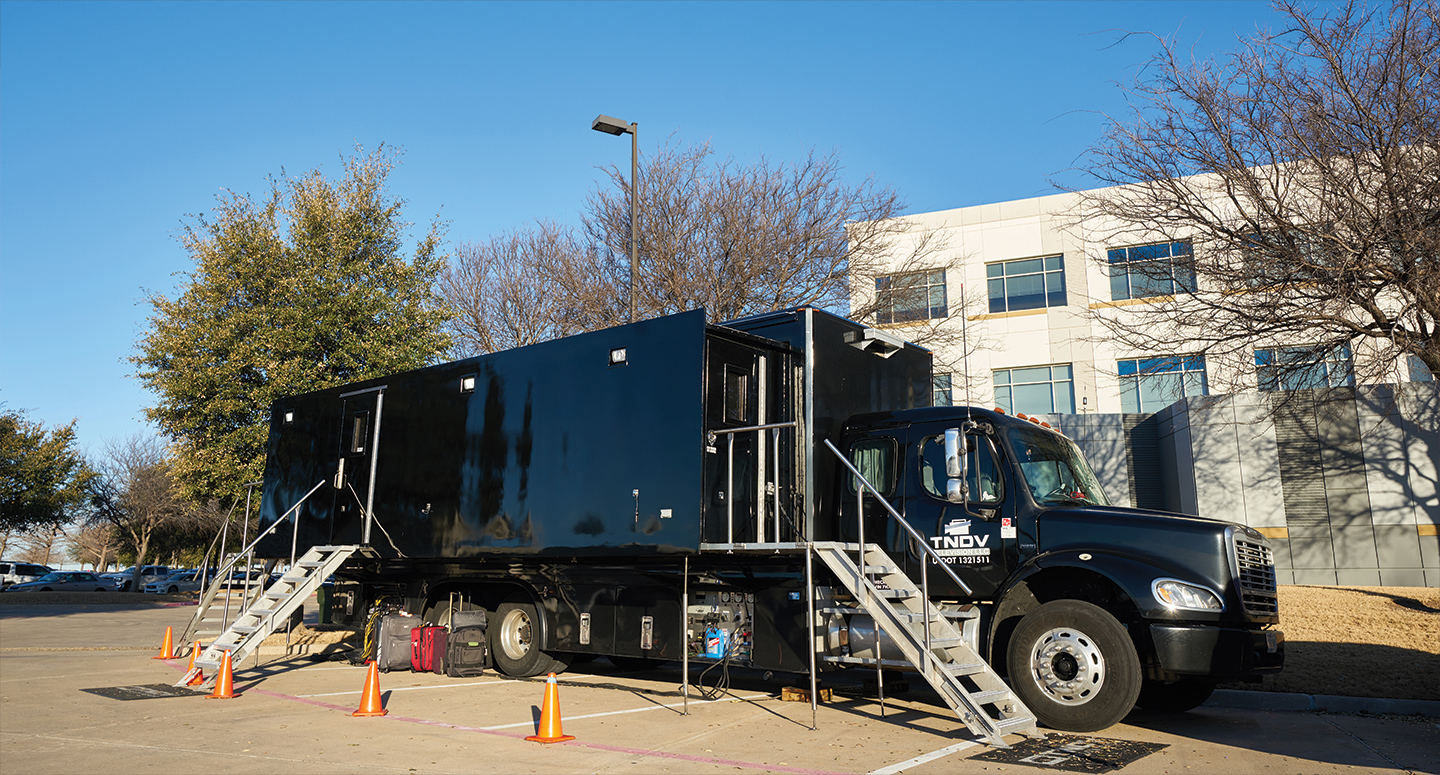 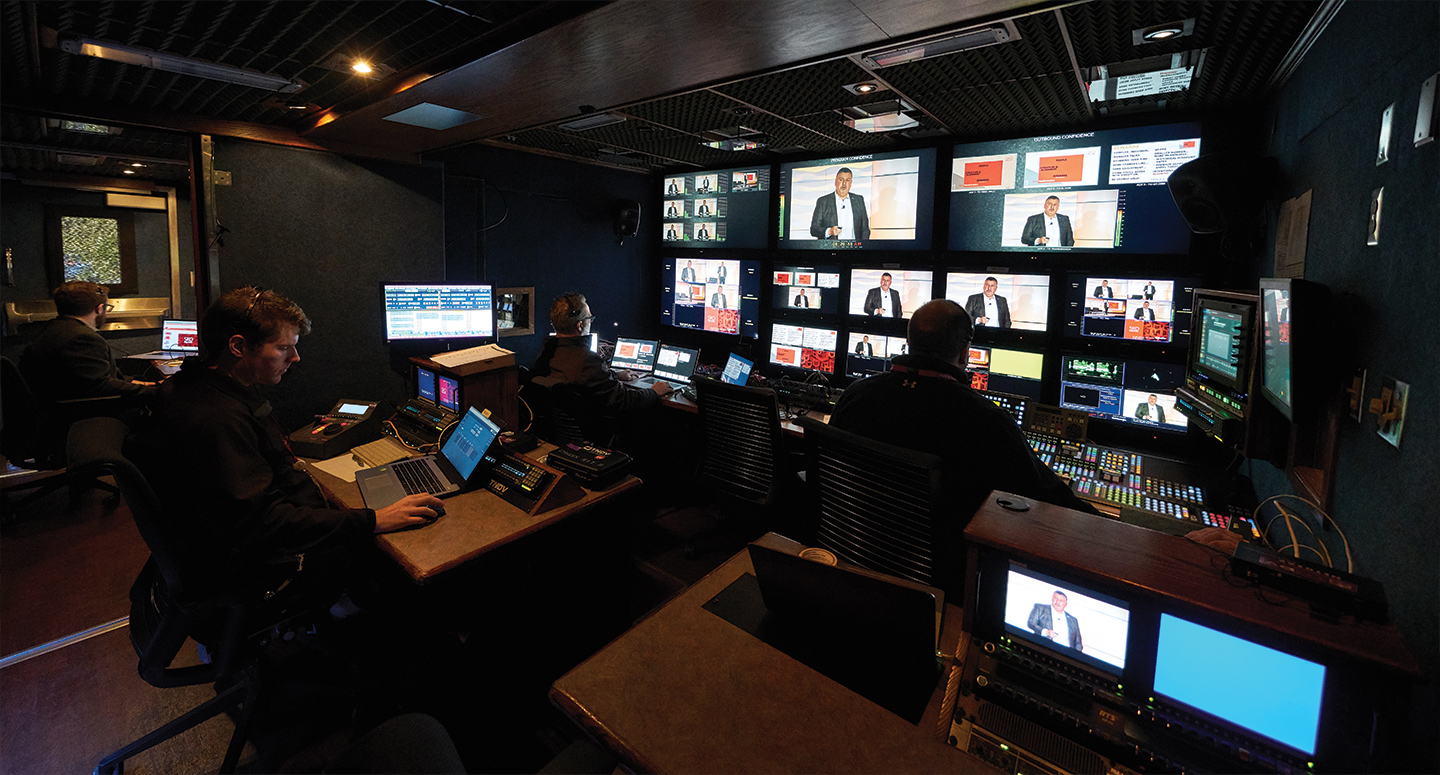 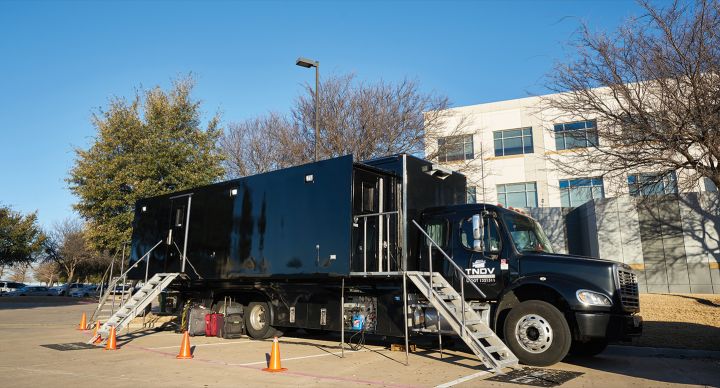 A contemporary set was designed, built and installed by EVI to serve as the foundation for the webcast. Resembling a live talk show environment, the set featured an anchor desk for the EVP of Global Sales, along with adjacent seating for interviews with the McAfee Executive team. A streamlined 10’ x 16’ video wall served up branded visuals as well as presentation content for keynote speakers. McAfee’s local sales team filled the theater to give the broadcast the energy of a live audience. Staging, lighting and sound were designed and produced to accommodate the live show as well as the broadcast.

Broadcast design, engineering and direction were expertly produced by EVI’s award-winning television team, with a state of the art broadcast location truck anchoring the operation. The live switch utilized multiple HD cameras to provide a complete and dynamic look. A comprehensive and engaging series of sessions were crafted and distributed in multiple ways. The primary General Session was simulcast live all across North, Central and South America and recorded for later distribution to the Asian Pacific and Europe Middle Eastern Regions.

Sales Kick-Off is part of a wide-ranging series of global experiential events that are produced annually by EVI in collaboration with McAfee. 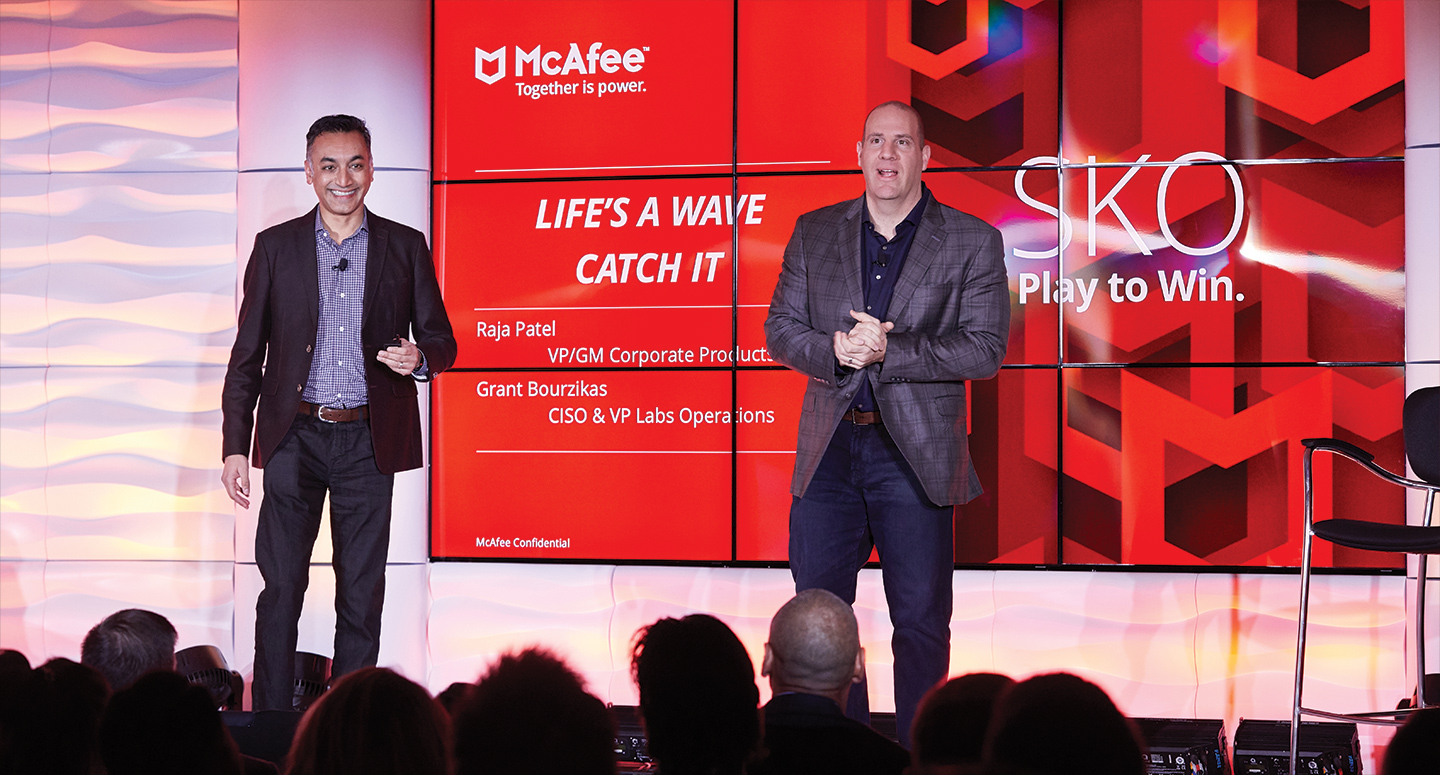 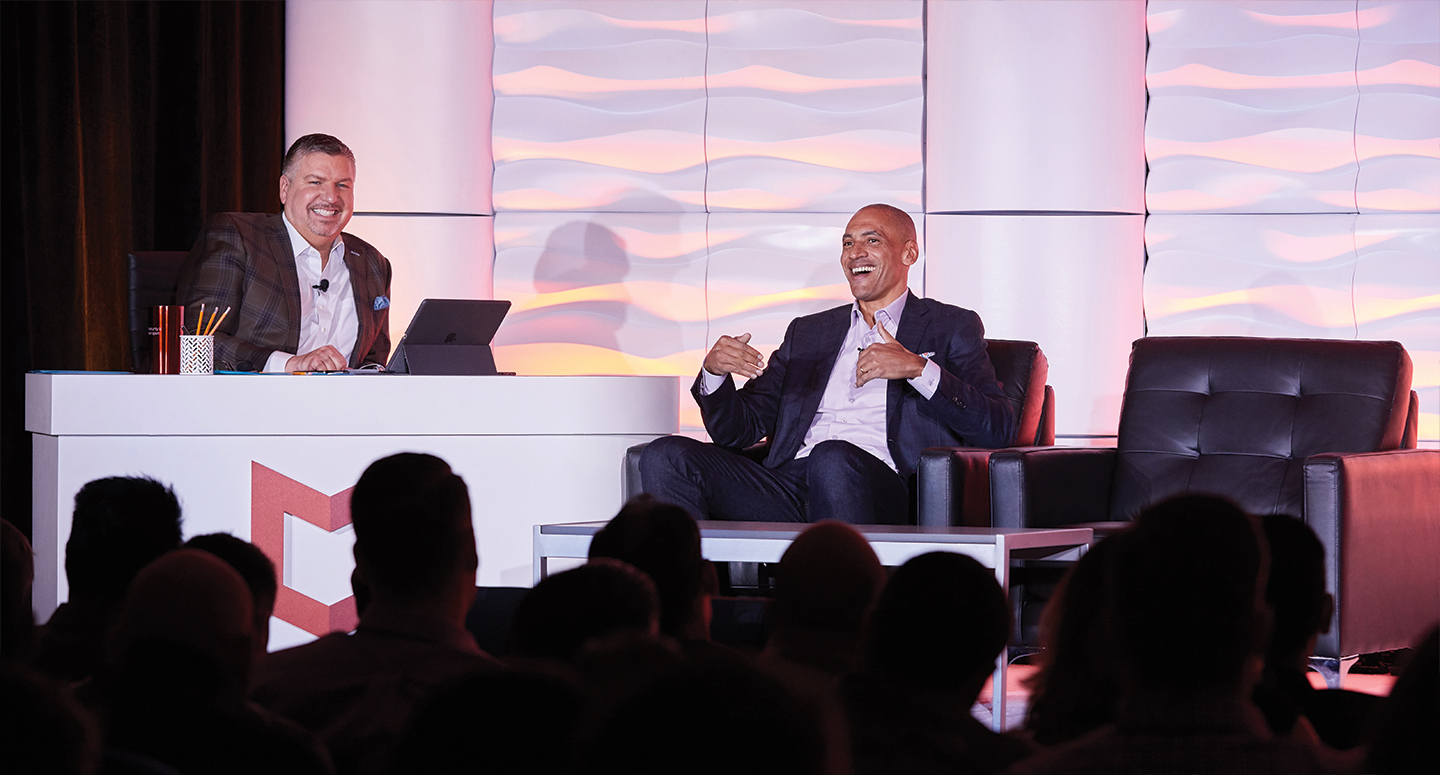 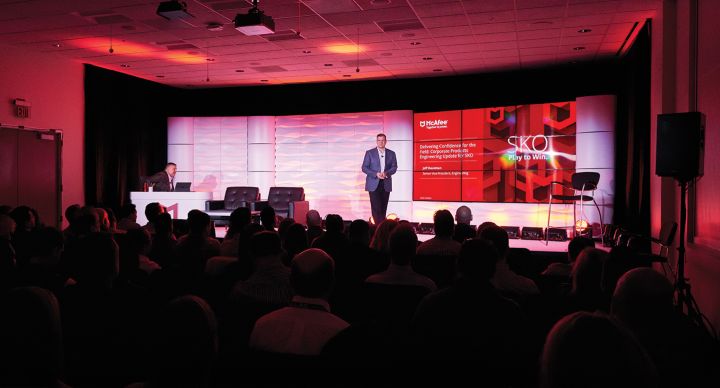 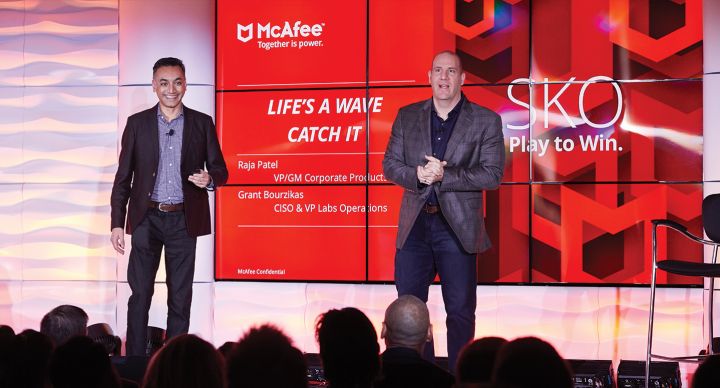 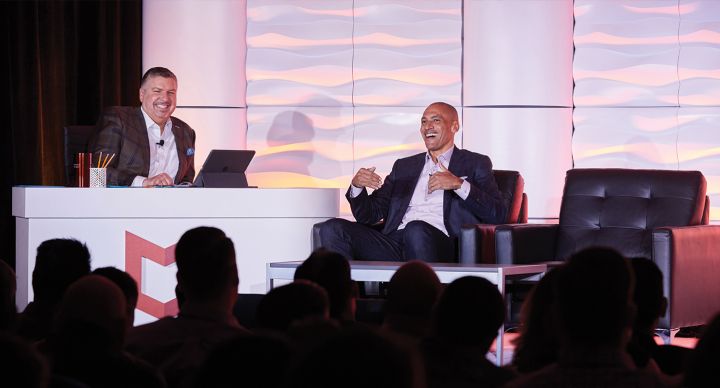