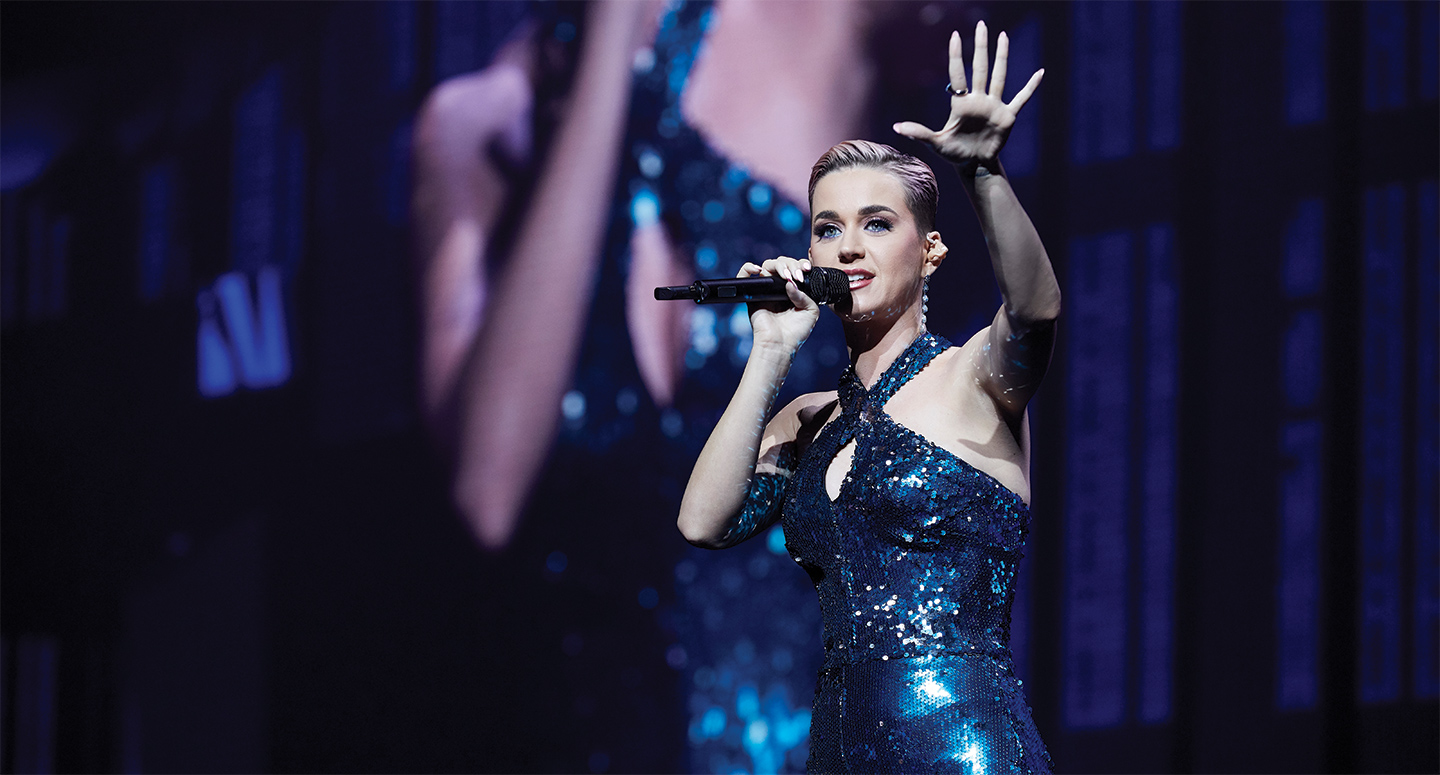 Brandishing a wink, a coo, and cleavage with the aplomb of an assassin, Katy Perry created a distinctly new millennial pop persona: a Disney princess as imagined by Madonna. Flirty and bodacious, Perry sometimes skirted with taboos -- she sneered on her first single "Ur So Gay" (punch line: "and you don't even like boys"), she gasped "I Kissed a Girl" and she liked it -- and that willingness to be controversial certainly put her on the pop culture radar, but the reason she stayed there was her knack for blending classic pop conventions with new trends. This talent reached its apex on 2010's Teenage Dream, a blockbuster sophomore set that generated hits as diverse as its dreamily romantic title track, the cotton-candy summertime pop "California Gurls," and steely EDM variant "Firework," but she was canny enough to temper some of her risqué moves as her career progressed, transforming herself from the naughty cousin into an admirable big sister.

Perry's success was so sudden in 2008 it seemed as if she was an overnight success when the opposite was true. The daughter of Pentecostal pastors, she was born Katheryn Elizabeth Hudson on October 25, 1984 in Santa Barbara, California. Raised by born-again parents, Katy was initially attracted to gospel music, sometimes sneaking pop music in to balance the inspirational tunes, but when she first started singing it was in the church. She picked up the guitar at the age of 13 and soon started writing songs, pursuing a music career in earnest when she was 15. Earning the attention of CCM artists Jennifer Knapp and Steve Thomas, Katy headed out to Nashville in 2001, where she cut demos and eventually secured a contract with Red Hill Records. Red Hill released Katy Hudson, a record targeted at a Christian/Inspirational demographic, in February 2001, but the album didn't garner much attention and was ultimately buried once the label was shuttered at the end of the year. In the wake of the album's failure, Perry transitioned toward pop music, relocating to Los Angeles and working with producer Glen Ballard, the chief collaborator of Alanis Morissette, one of Katy's biggest inspirations. As she abandoned Christian music, she also abandoned her surname Hudson, choosing to use her mother's maiden name Perry instead. - Sourced by Billboard.com