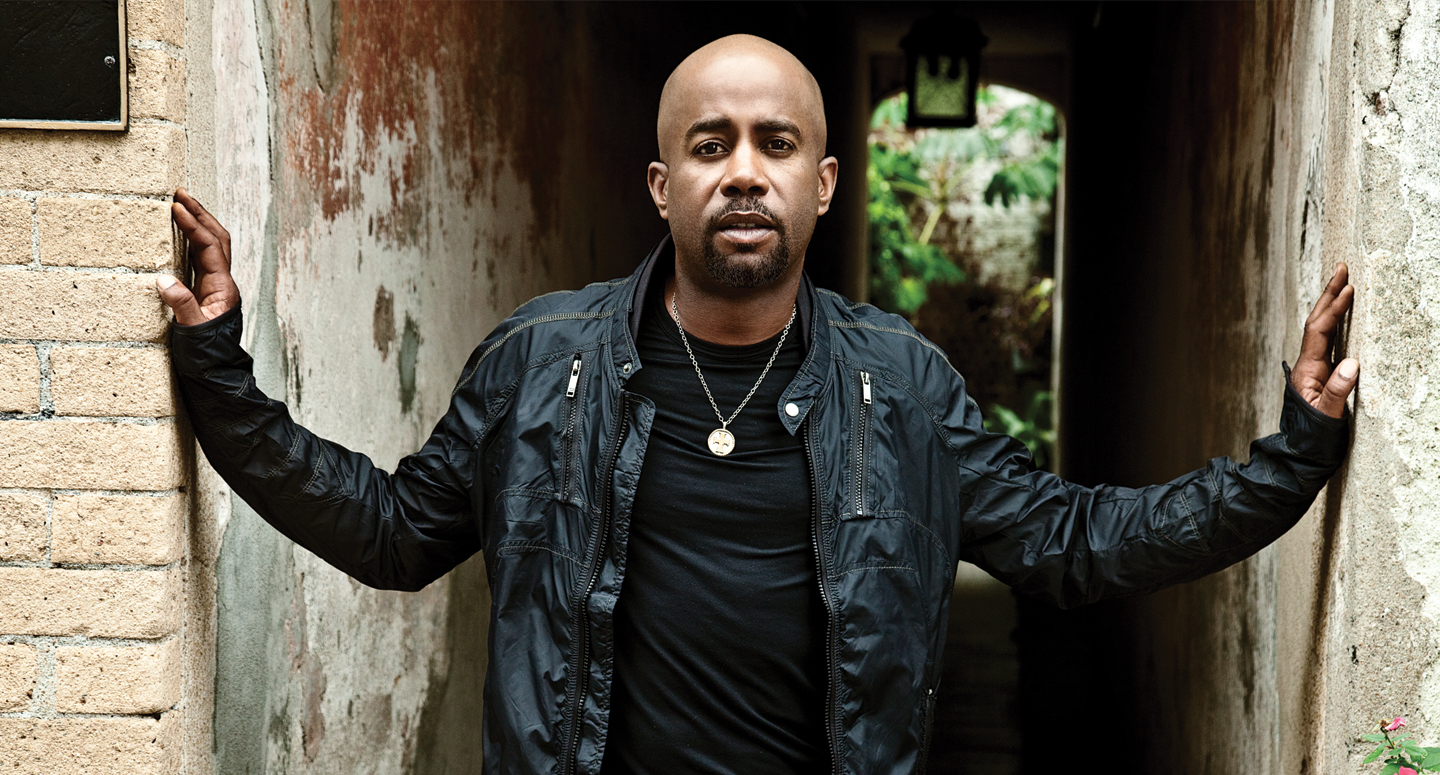 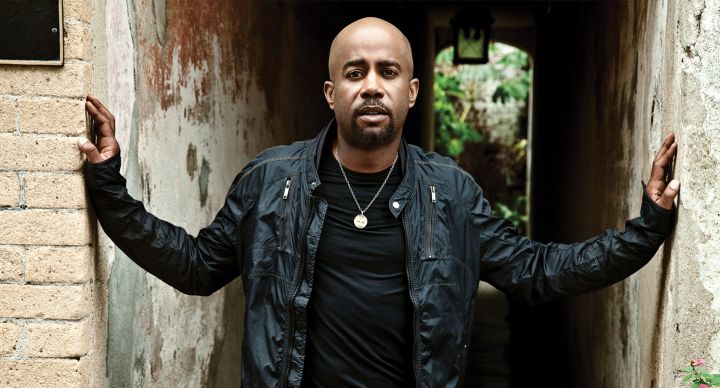 Singer-songwriter Darius Rucker was born on May 13, 1966, in Charleston, South Carolina. Rucker later described his childhood as a "typical Southern African-American upbringing," involving long hours at church on Sundays and enduring various financial struggles. At many points in his life, his mother, two aunts, maternal grandmother and 14 children lived together in a three-bedroom apartment.

The Rucker family was very musical, and Darius frequently sang around the house to his mother's Al Green and Betty Wright albums. As Rucker grew older, he became more involved with his church and high school choirs. But it wasn't until he graduated from Middleton High School and entered the University of South Carolina that Rucker approached music with a career-driven eye.

In 1986, after meeting fellow musicians Mark Bryan, Jim Sonefeld, and Dean Felber, Rucker began forming musical ambitions. He formed the musical duo Wolf Brothers with friend Brian, and eventually convinced Felber to also join them. In 1986, the trio founded the band Hootie & The Blowfish, named after two USC classmates—one had owl-like glasses, the other had a rotund face—with Rucker as the frontman. The group played the college circuit for several years before convincing friend and drummer Sonefeld to join the fold. His songwriting skills made a strong impact on the rest of the band members, who also began stepping up their songwriting attempts. - Sourced by Biography.com