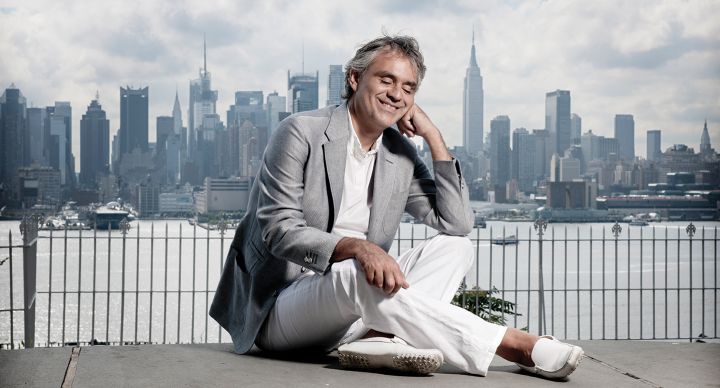 One of Bocelli's first lucky breaks came in 1992 when he recorded a demo tape of "Miserere" for Zucchero Fornaciari, with the song co-written by U2's Bono. That recording was heard by famed tenor Luciano Pavarotti, for whom the track was originally written. Pavarotti then encouraged Fornaciari to use Bocelli for the song. In the end, Bocelli and Pavarotti performed "Miserere" together, which became a Europe-wide smash hit.

A singer on the rise, Bocelli competed in the Sanremo Festival in 1994. He won the top honors in the newcomers' category. That same year, Bocelli released his first album in Italy, Il Mare Calmo Della Sera. He scored a major hit in Europe a short time later with Bocelli, which featured "Con Te Partiro." The song later became a popular duet with Sarah Brightman as "Time to Say Goodbye," which appeared on his 1997 album Romanza. - Sourced by Biography.com